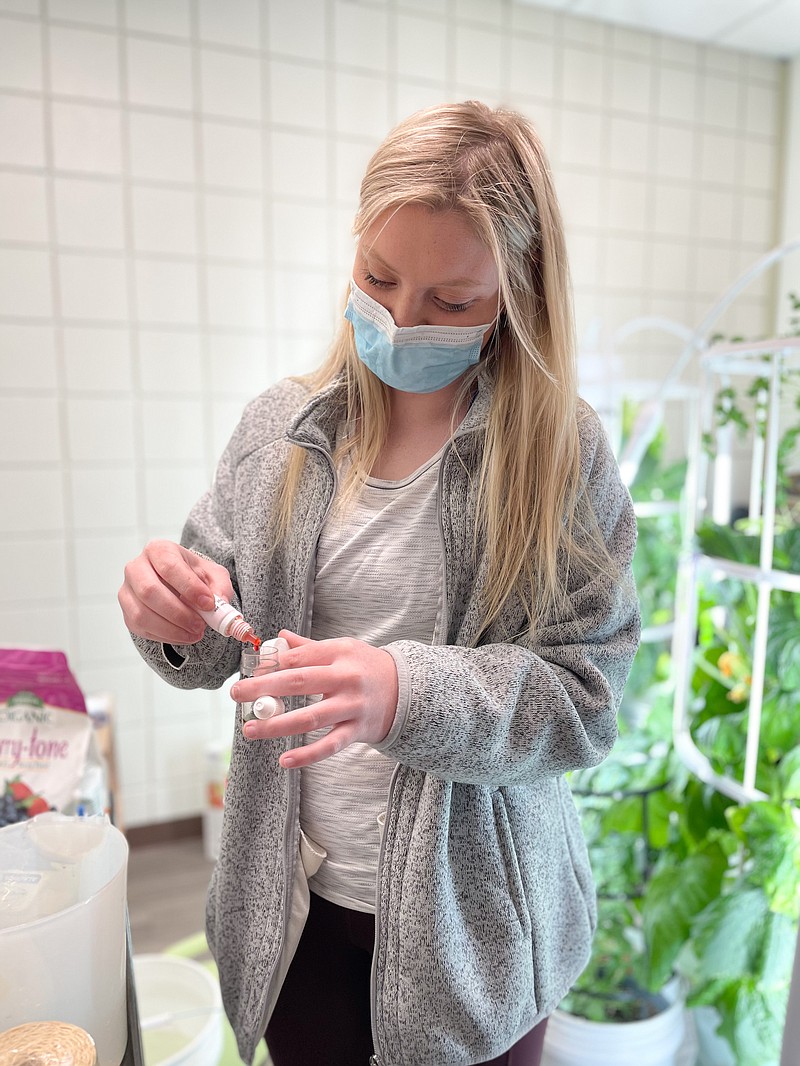 Sophie Weaver, a junior at White Hall High School, says she enjoys caring for the fish and watching the plants grow from seed to harvested produce. (Special to The Commercial)

Hydroponic gardening at White Hall High School got its start during the 2019-20 school year, but this spring students expanded their urban garden to include aquaponics.

Aquaponics is similar to hydroponic gardening but includes fish, such as goldfish or tilapia, in the water with the plants, said Kisia Weeks, the high school's Survey of Agriculture teacher.

Many vegetables -- such as squash, lettuce and cilantro -- can be grown in either system. However, the aquaponic system is more self-contained.

Fish waste adds some of the nutrients that the plants require, while in turn the plants filter the water so the fish remain healthy. Also, the microbes that thrive in the water provide additional nutrients. The result is a collaboration, Weeks said.

The aquaponic garden is part of the school's Future Farmers of America program and was made possible with a $500 grant from the Arkansas Department of Agriculture's State School Garden program, said Hanna Davis, the state program's manager.

A larger 40-gallon aquaponic container, which was purchased with the grant money, hasn't been set up yet, but already students are growing plants and goldfish in the same containers.

Weeks, who also teaches welding and conservation, spoke about her department's existing two 10-gallon hydroponic gardens. "The kids run it all. They're excited about it. ... It's a good learning tool. It teaches students to be innovative and creative."

Sophie Weaver, a junior at White Hall High, said her favorite part of the Survey of Agriculture class is taking care of the fish in the aquaponics system and watching the plants grow from seed to harvested produce.

"The garden gives me the chance to learn about plant science in a hands-on way that I haven't had the chance to before," Weaver said.

Weeks said that during the covid-19 shutdown, which included the White Hall School District's schools, many of her students reported helping their parents or grandparents in their home gardens.

"It was a special time for them," Weeks said.

GARDENING WITH A GOAL

"Some of the schools have had gardens for a while, and some are just starting out, and the money can be used to buy seeds or plants and garden equipment," Davis said.

The idea behind the program is "to promote a variety of goals," such as hands-on learning or giving students a closer look at how their food is produced, she said.

Weeks said this style of gardening illustrates that food production is more than the typical row-crop style that's been used in the South, including in Southeast Arkansas, for centuries.

Hydroponic and aquaponic gardens can be large-scale operations or tucked into a corner of a small backyard.

Dayan "Dave" A. Perera, UAPB Aquaculture & Fisheries Center's Extension specialist, said he is receiving an ever-growing number of requests for information about aquaponics.

"It is not the norm but has significant potential in the near future," he said.

Also, Davis said, "the program is designed to help kids gain new skills and perhaps get them interested in a future career." 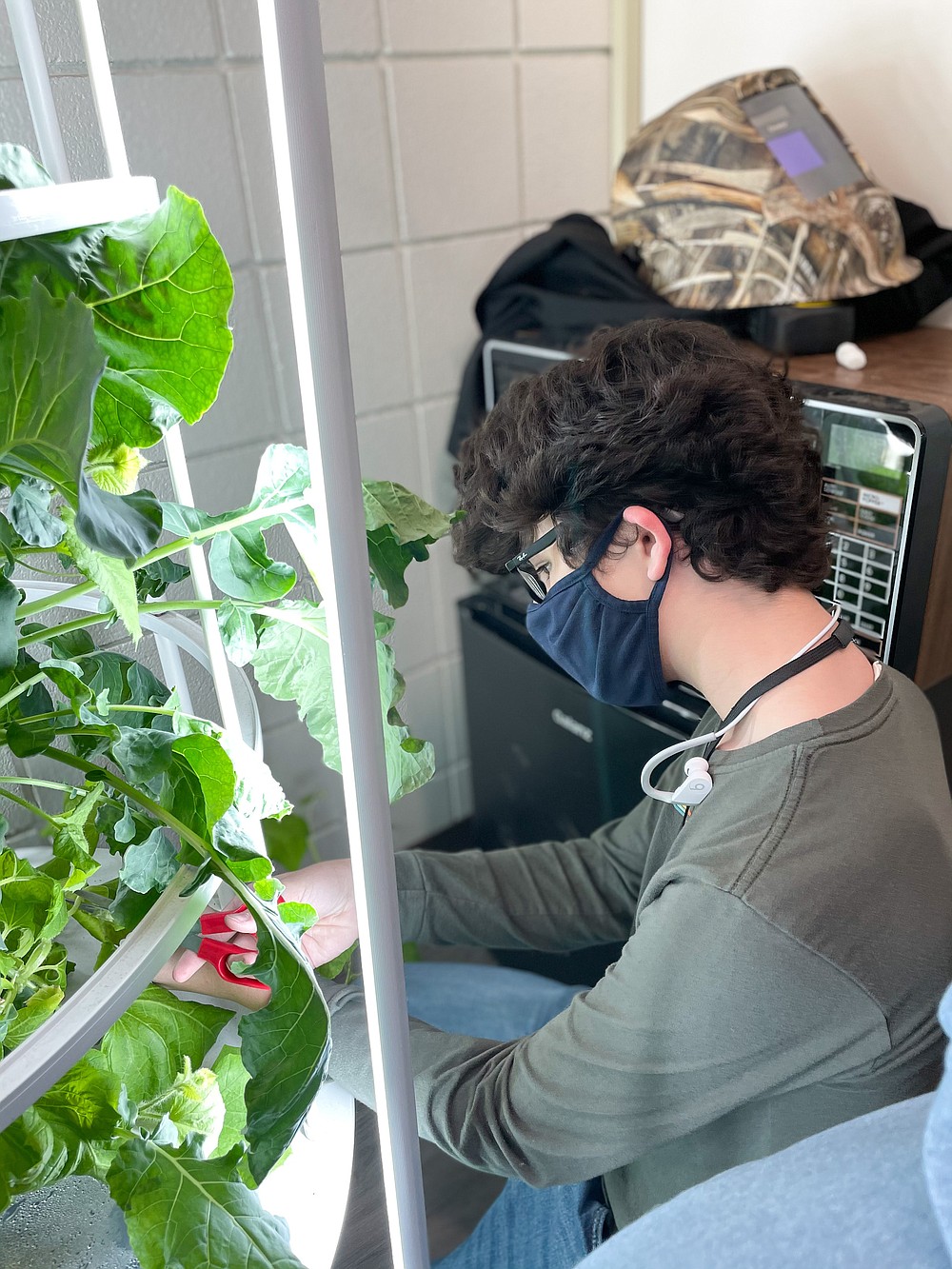 Conner Menard, a White Hall High School ninth-grader, cares for plants in a hydroponic garden. (Special to The Commercial) 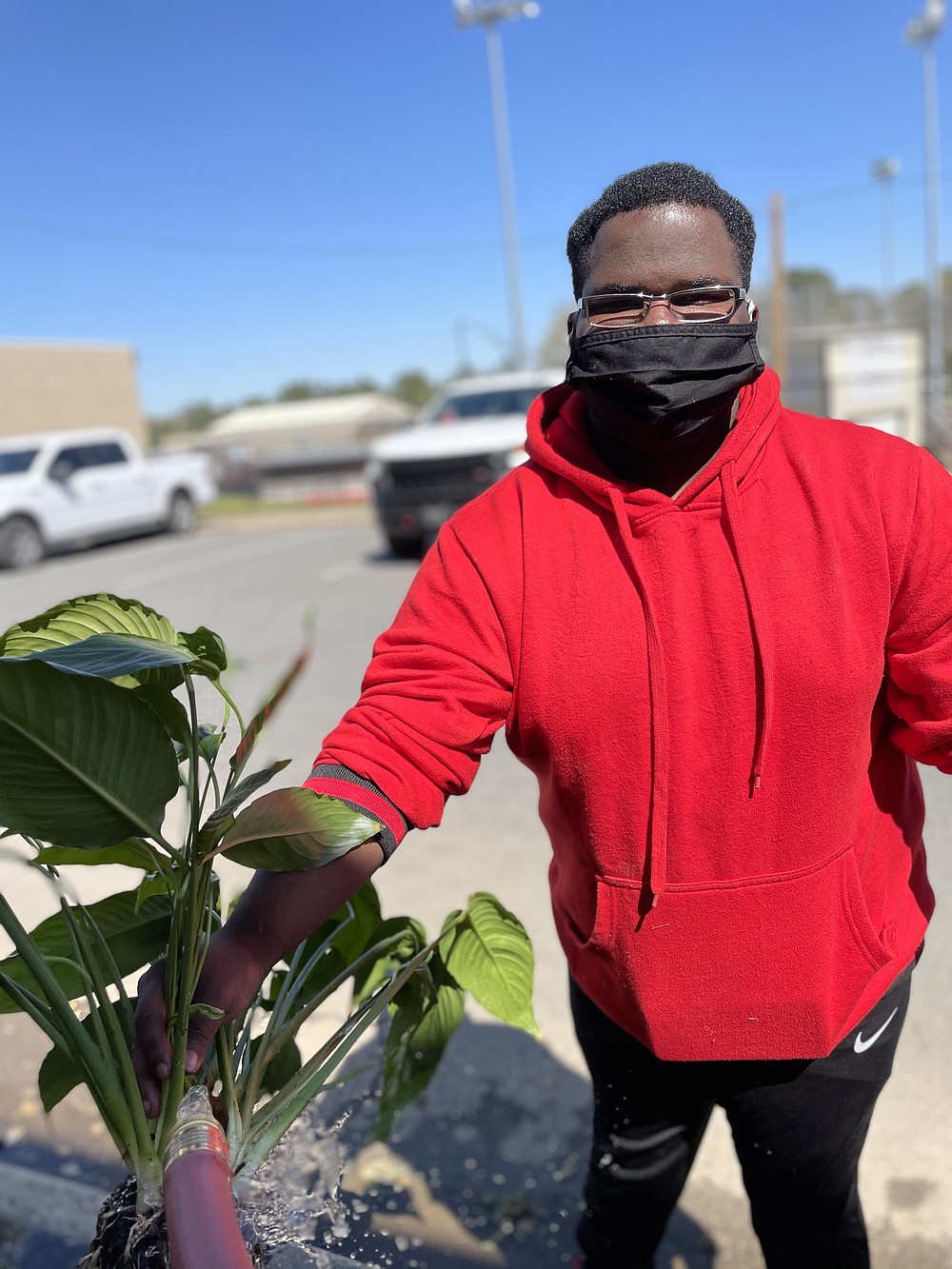 White Hall High School senior Jalyon Shaw is part of the Survey of Agriculture and is caring for one of the program's plants. (Special to The Commercial)
ADVERTISEMENT