7 museums off the beaten path in Arkansas 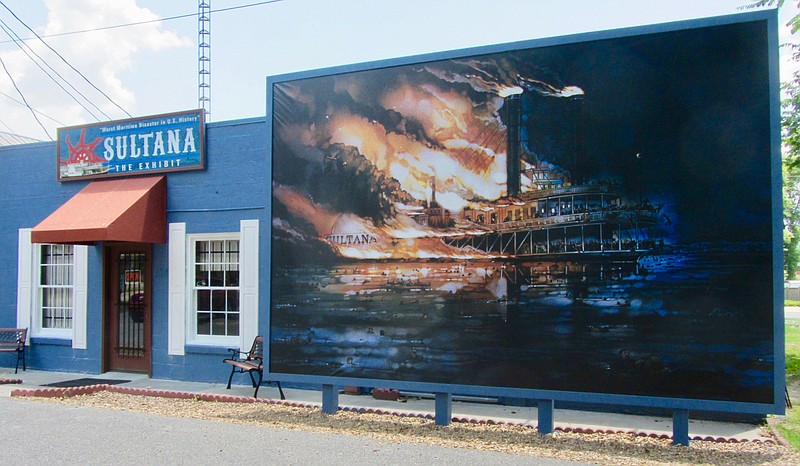 The Sultana Disaster Museum has just 1,000 square feet of exhibit space. (Special to the Democrat-Gazette/Marcia Schnedler)

Whether travelers are in need of a day trip idea or a pit stop on the way to a more far-flung destination, Arkansas has no shortage of unusual museums to check out.

Here are just a handful:

The History of Hot Springs Gambling Museum, less known than some Spa City attractions, opened in 2016 in a strip mall along Central Avenue.

The museum's trove of 100 or more slot machines, around 20 gaming tables and an array of other paraphernalia call to mind the wide-open decades from the 1870s to the 1960s.

Learn more about the museum in an installment of our Arkansas Sightseeing series or visit the museum’s website.

The museum celebrates Floyd Brown’s zealous work over three decades to provide what the museum's brochure calls "an outstanding academic and vocational curriculum at a time when little public education was available to African Americans in Arkansas. The cost was $15 a month for room, board and tuition, but no one was turned away for lack of payment."

Learn more about the museum in an installment of our Arkansas Sightseeing series.

This museum tells the story of what it calls "The Forgotten Tragedy” when the Sultana steamboat burned and sank on April 27, 1865, after a 2 a.m. boiler explosion. Some 1,800 or more passengers and crew were killed.

Learn more about the museum in an installment of our Arkansas series or visit its website.

The stock cars that Arkansas native Mark Martin steered to victories during his NASCAR career are the stars of the show in the several rooms at the museum, which blends almost seamlessly into the sales and service areas of the retired racing star’s auto emporium.

Read more about the museum in an installment of our Arkansas Sightseeing series.

Jot 'Em Down Store and Museum

This museum celebrates Lum and Abner, a radio comedy program popular nationwide from the 1930s to the 1950s. The hosts, Chester "Chet" Lauck ( Lum Eddards) and Norris 'Tuffy" Goff (Abner Peabody), based the show on happenings in the general store in what was then Waters, Arkansas.

Waters changed its name in 1936 to Pine Ridge after the fictional town from the program. For more information, check out the museum’s website.

The Daisy Airgun Museum preserves and promotes vintage products and artifacts of the historic Daisy company. Daisy has manufactured BB guns since the 19th century, including the famous Red Ryder model.

Get more information about the museum on its website.