MUSIC: Arkansas native gets seen on the rap scene 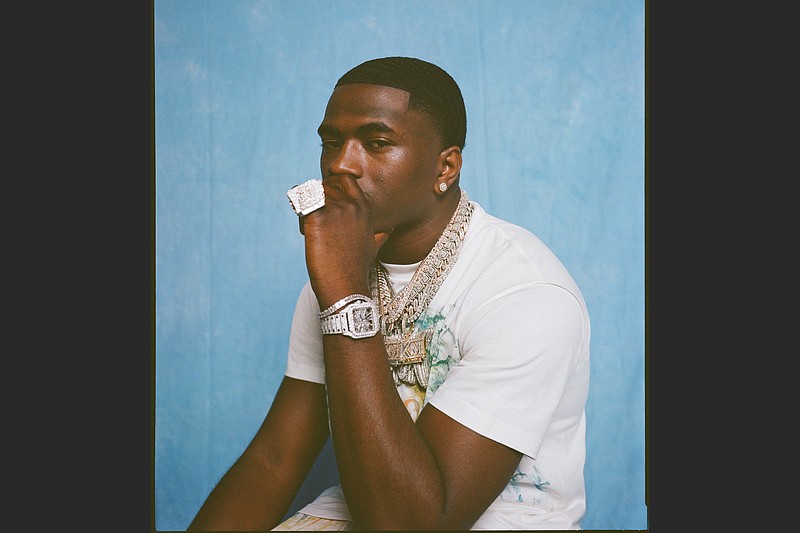 It's April 1 and Bankroll Freddie is in a good mood.

His new album, "Big Bank," is set to drop the next day from Motown imprint Quality Control and is the latest step in the Helena rapper's furious ascent to hip-hop stardom.

Across 14 tracks on "Big Bank," the 26-year-old, born Freddie Gladney III, raps about money, struggles, violence and life on the street.

On bangers like the hook-filled "Last Real Trap Rapper," "Add It Up" and "Set the Record Straight," Freddie flows with confidence and charisma and shines on collabs with Megan Thee Stallion, Gucci Mane, 2 Chainz, Young Dolph and others.

"It's all genuine," he says of the features. "It's not like I have to go through the label to holler at them. I hit them up myself and they holler back. It's all good vibes. A lot of people can't say that."

It wasn't always good vibes growing up in Helena.

"We were some hotheads back then and were getting in trouble and doing stuff we didn't need to be doing," he says. "I was in the streets real bad."

When his cousin was murdered in 2009, Freddie's mother moved the family to Conway, where he graduated from Conway High School in 2013.

Still, he found it hard to stay away from the Delta.

"What's crazy is I still went back to Helena every weekend, then I went back to Conway to go to school during the week. That was my schedule."

Freddie dabbled with freestyling as a kid, but rap wasn't a priority.

"I wasn't thinking about rapping back then," he says. "I was in the streets doing what I had to do to make some money."

"That's when I said that I was gonna rap," he says. "I was buzzing around the whole state because everyone knows me. When I started rapping, everybody was like, 'you're the one that's gonna make it.'"

His rise to rap glory sounds like a modern version of one of those apocryphal stories about a movie star being discovered at some Hollywood soda fountain.

His energetic freestyle over "Act Up," by Quality Control duo City Girls, caught the attention of Pierre Thomas, co-founder of Quality Control, which is home to heavyweights like Migos, Lil Yachty, Lil Baby, Vince Staples, Erykah Badu and others.

"I put that out on the internet and he put it up on his [Instagram] wall," Freddie says. "I was never expecting anything like that over something that I didn't even think nothing about. He posted it up and the rest is history. He told me to get my stuff together and he was going to sign me."

It might sound like a rags to riches fable, but there was no overnight success and the process takes effort, Freddie says.

"Oh, I'm gonna let you know, it is not easy. You have got to put that work in and you have got to have that drive, that hustle. You have to go hard. The harder you go, the better you'll get."

His debut, "From Trap to Rap," dropped in January 2020 and featured the slinky, head-bobbing club stomper "Drip Like This," with Lil Baby and Young Dolph.

Was there any sophomore album pressure in making "Big Bank"?

"I'm not gonna lie," Freddie begins, "I didn't consider myself a lyrical rapper at first. On this second tape, everything was much smoother and easier than on the first. I knew what I wanted to do and I'm one of those people who, when I start doing something, I always want to do it to perfection. I want to get better and better at it until I perfect my craft."

Two singles, "Add It Up" and "Rich Off Grass (Remix)" featuring Young Dolph (an earlier version of the latter appeared on "From Trap to Rap"), preceded the April 2 release of "Big Bank."

In the video, which features ample amounts of cash, cars, bling and women, Freddie sports an Arkansas Razorbacks basketball jersey and a wall is tagged with Helena.

No, Freddie isn't shy about shouting out his hometown and Arkansas; just check his gigantic, diamond-encrusted pinkie ring in the shape of the Natural State.

And his ambition is even bigger.

"We're fixing to go crazy," he says. "I'm going to really put it down and represent Arkansas and take it to the next level. There is some hope out here now with the music. Everybody is trying to level up."