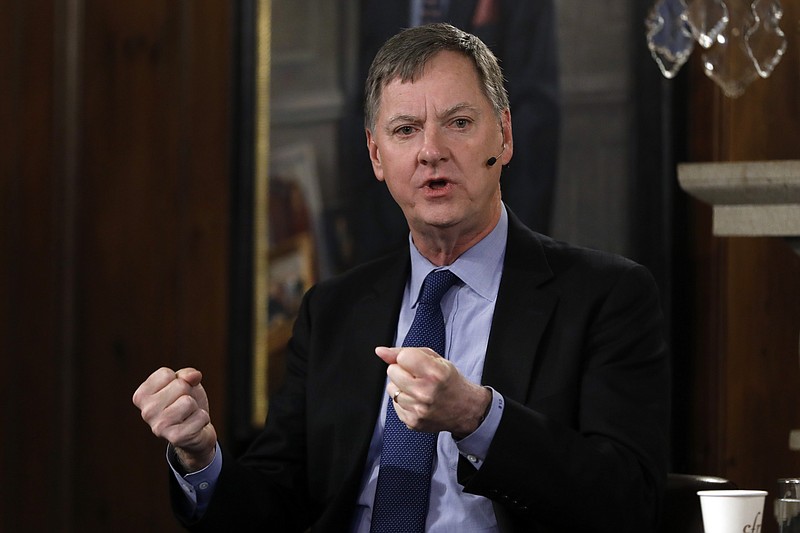 FILE - In this Nov. 6, 2019 file photo, Charles Evans, President and CEO of the Federal Reserve Bank of Chicago, speaks at the Council on Foreign Relations, in New York. Federal Reserve officials were encouraged last March 2021 by evidence the U.S. economy was picking up, but they showed no sign of moving closer to ending their bond purchases or lifting their benchmark short-term interest rate from nearly zero. “All told, even though the economy is recovering, we still have a long way to go before economic activity returns to its pre-pandemic vibrancy,” Evans said Wednesday, April 7, 2021 in prepared remarks. (AP Photo/Richard Drew, File)

WASHINGTON -- Federal Reserve officials were encouraged last month by evidence the U.S. economy was picking up, but they showed no sign of moving closer to ending their bond purchases or lifting their benchmark short-term interest rate from nearly zero.

Fed policymakers also said they expect inflation to rise in the next few months because of supply bottlenecks, but they believe it will remain near their 2% target over the longer run.

"It would likely be some time until substantial further progress toward" the Fed's goals of maximum employment and inflation at 2% are reached, and "asset purchases would continue at least at the current pace until then," the Fed said in minutes taken during its March 16-17 meeting. The minutes were released Wednesday after the customary three-week lag.

Economists and market analysts are closely tracking the question of when the Fed might begin to reduce its $120 billion in monthly purchases of Treasurys and mortgage-backed securities, since the Fed is expected to take that step before raising interest rates.

The Fed's policy making committee voted 11-0 at the March meeting to continue the bond purchases and keep its short-term rate at near zero. The Fed last month also signaled that it wouldn't raise rates until after 2023.

Last month, Fed officials sharply raised their forecasts, projecting that the U.S. economy would grow 6.5% this year, up from 4.2% three months earlier. They now see the unemployment rate falling to 4.5% by the end of this year, below its earlier projection of 5%.