Abdullah assures nation, recounts own pain ‘as a brother’ by SARAH EL DEEB AND JOSEPH KRAUSS THE ASSOCIATED PRESS | April 8, 2021 at 3:50 a.m. 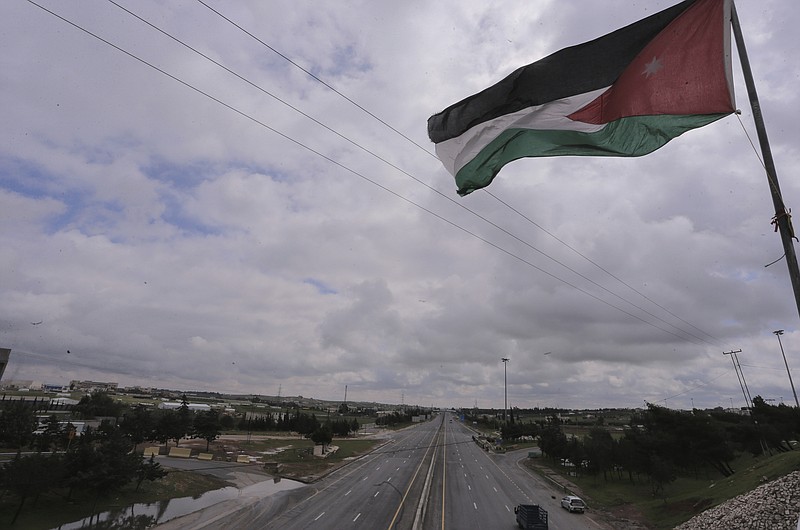 FILE - In this March 21, 2020 file photo, the streets of the Jordanian Capital are seen empty after the start of a nationwide curfew, amid concerns over the coronavirus pandemic, in Amman, Jordan. The coronavirus outbreak has cratered the economy, causing nearly 25% unemployment and feeding longstanding allegations of corruption and misrule. (AP Photo/Raad Adayleh, File)

BEIRUT -- Jordan's King Abdullah II addressed the unprecedented public rift within the royal family for the first time Wednesday, portraying it as an attempted sedition involving his half-brother that had been "nipped in the bud," but caused him anger, pain and shock.

The monarch appeared to be doubling down on the allegations against Prince Hamzah, a former crown prince, while at the same time trying to reassure Jordanians that the nation was returning to business as usual. But even if the current crisis is eventually defused, major challenges loom for the Western-allied monarchy as it confronts growing internal dissent.

Wednesday's statement, presented by a newsreader on Jordan TV, dealt with the internal crisis that broke out over the weekend when Hamzah was confined to his home and accused of being part of a plot to destabilize the kingdom.

Hamzah has denied the allegations, saying he was simply calling out long-running corruption and mismanagement in the kingdom.

The king said Wednesday that he was hurt by the recent events.

"The challenge over the past few days was not the most difficult or dangerous to the stability of our nation, but to me, it was the most painful," he said. "Sedition came from within and without our one house, and nothing compares to my shock, pain, and anger as a brother and as the head of the Hashemite family, and as a leader of this proud people."

Abdullah also suggested there was continued control over Hamzah's movements. The prince, who has not been seen or heard from in days, was "with his family at his palace, under my care," the statement said.

There was no sign that authorities have released up to 18 other detainees, including members of one of the powerful tribes on which the monarchy has historically relied.

Authorities have imposed a sweeping gag order on any coverage of the royal dispute in a sign of how sensitive they are to how it is perceived. The gag order and the king's willingness to sanction his own brother also reaffirmed what Jordanians understand as their "red line" -- an absolute ban on criticizing the monarch or the royal family.

Bessma Momani, a professor of international relations at Ontario's Waterloo University, said the crisis strengthened Hamzah's popularity, making critics of the government and new followers rally behind him.

She said the king's doubling-down on vague plot allegations could also create problems in the future. Prosecuting those detained, including members of a powerful tribe, could stir protests. If they are let go, more questions could arise about whether there was ever a plot.

Even before the palace drama, Jordan was grappling with an economic crisis exacerbated by the coronavirus pandemic, with one in four people out of work. Longstanding complaints about corruption and misrule have fueled scattered protests in recent months.

The White House, in a statement issued Wednesday, said President Joe Biden had spoken with Abdullah to express strong U.S. support for Jordan and underscore the importance of the king's leadership to the United States, the region and the peace process.

Asked by reporters if he was concerned about the situation in Jordan, Biden said: "No, I'm not. I just called to tell him that he has a friend in America. Stay strong."

The crisis in the royal family started Saturday when Jordan's military chief of staff visited Hamzah and warned him to stop attending meetings with critics of the government. Things quickly escalated, with Hamzah accusing the security establishment of threatening him and ordering the general to leave his home.

Authorities placed the former crown prince under a form of house arrest and detained up to 18 people, including former senior officials. On Sunday, the government said Hamzah and others were involved in a "malicious plot" against the kingdom's security with foreign support.

Abdullah and Hamzah are both sons of King Hussein, who ruled Jordan for nearly a half-century before his death in 1999. Abdullah had appointed Hamzah as crown prince upon his succession but stripped him of the title in 2004. 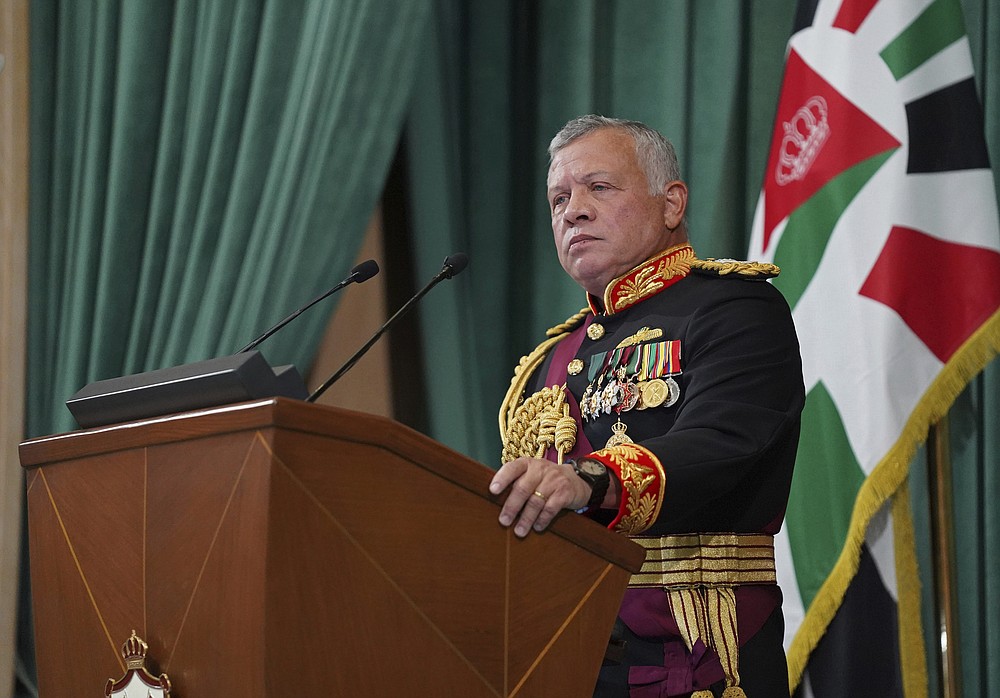 FILE - In this Dec. 10, 2020 file photo released by the Royal Hashemite Court, Jordan's King Abdullah II gives a speech during the inauguration of the 19th Parliament's non-ordinary session, in Amman Jordan. Jordan’s king addressed the public feud with his half-brother, Prince Hamzah, portraying it as an attempted “sedition” that caused him shock, anger and pain. The statement on Wednesday, April 7, 2021, carried by Jordan TV, marked the first time King Abdullah II addressed the unprecedented rift in the royal family which erupted over the weekend. (Yousef Allan/The Royal Hashemite Court via AP, File) 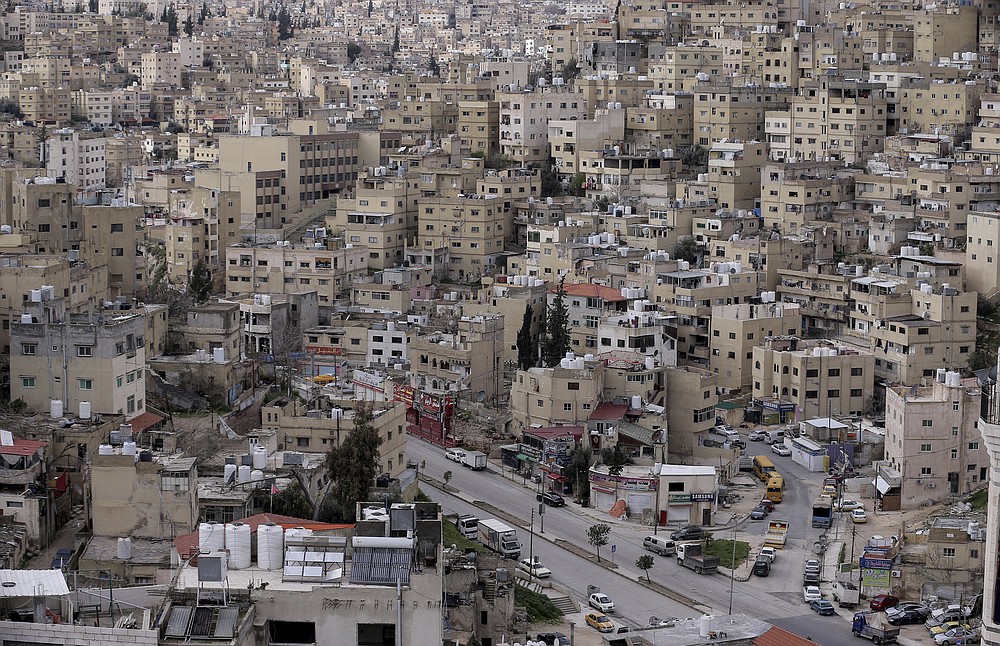 FILE - In this March 21, 2020, file photo, the streets of the Jordanian Capital are empty after the start of a nationwide curfew, amid concerns over the coronavirus pandemic, in Amman, Jordan. The coronavirus outbreak has cratered the economy, causing nearly 25% unemployment and feeding longstanding allegations of corruption and misrule. (AP Photo/Raad Adayleh, File) 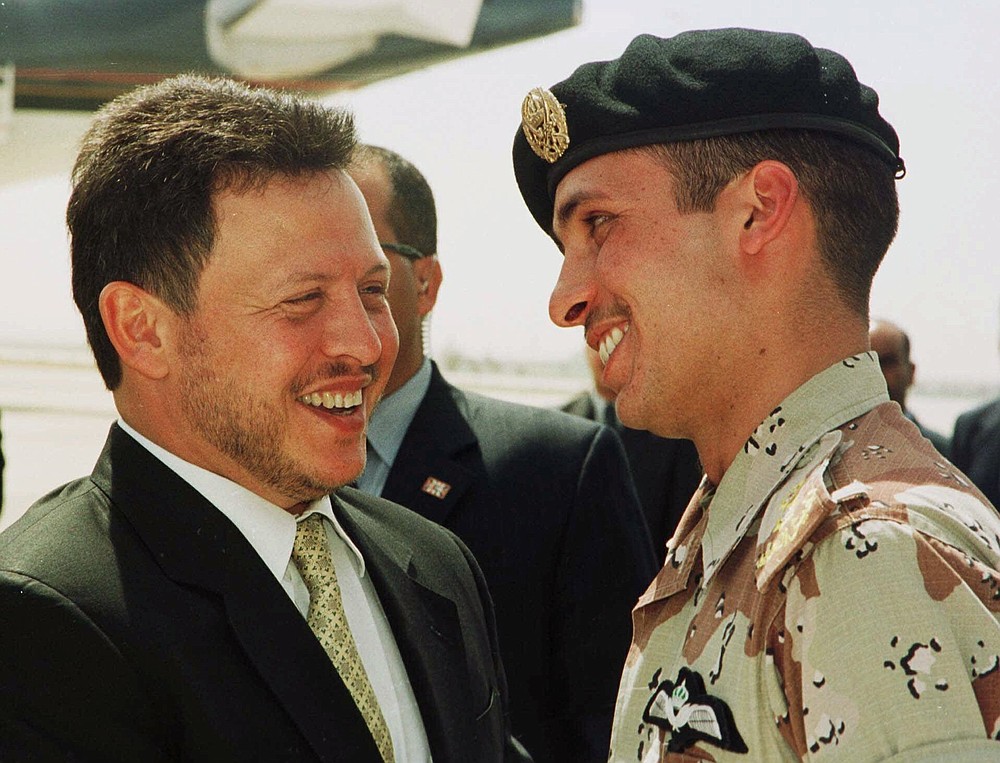 FILE - In this April 2, 2001, file photo, Jordan’s King Abdullah II laughs with his half brother Prince Hamzah, right, shortly before the monarch embarked on a tour of the United States. Abdullah and Hamzah are both sons of the beloved King Hussein, who ruled Jordan for nearly a half-century before his death in 1999. Abdullah had appointed Hamzah as crown prince upon his succession but stripped him of the title in 2004. (AP Photo/Yousef Allan, File)
ADVERTISEMENT