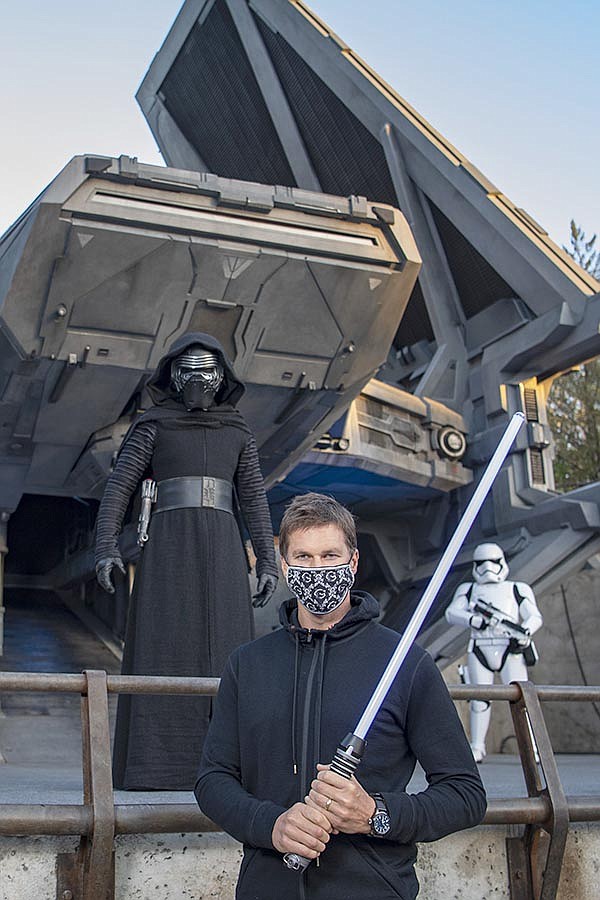 Tom Brady is shown in this photo. (Matt Stroshane/Disney World via AP)

• After facing off against the Kansas City Chiefs' defense, Tampa Bay Buccaneers quarterback Tom Brady had no problem taking a light saber to Star Wars' Kylo Ren and a unit of storm troopers. On Monday, a mask-wearing Brady visited the Star Wars section of Walt Disney World in Orlando, Fla., with his family and friends, two months after he led the Bucs to a Super Bowl win against the Chiefs. Since 1987, heroes from Super Bowl games have filmed an ad during post-game celebrations, saying "I'm going to Disney World," followed by an appearance the next day for a parade at the Florida theme park resort. This year, Brady, 43, and Bucs teammate Rob Gronkowski filmed the ad after the Super Bowl game, but the parade was nixed because of pandemic restrictions. Brady, who has seven Super Bowl rings, has filmed the ad more times than any other NFL player. Gronkowski, 31, visited Disney World in February, the day after the Super Bowl was played in Tampa.

• Paris Hilton returned to Salt Lake City this week for a ceremonial bill signing for a law that regulates treatment centers for troubled teenagers in Utah. The legislation for facilities that treat teens with behavioral and mental health problems gained final approval in the legislature in early March, about a month after the 40-year-old Hilton gave emotional testimony in support of the bill. Gov. Spencer Cox signed the bill last month but held a ceremonial signing with Hilton on Tuesday. The new law will require more government oversight of youth residential treatment centers and documentation for when they use restraints. It will also prohibit treatment centers from using sedation or mechanical restraints without prior authorization. Hilton testified she was abused mentally and physically at a Utah boarding school, where she said staff members would beat her, force her to take unknown pills, watch her shower and send her to solitary confinement without clothes as punishment. The socialite and reality TV star also spoke about the abuse in a documentary titled "This Is Paris," which was released last fall. Since the documentary was released, other celebrities have spoken out about their experiences at the school or others like it. 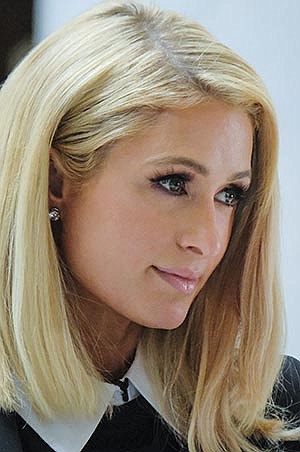 Paris Hilton, who has spoken out about the abuses she said she experienced at Provo Canyon School, was an advocate for the new law along with Utah Gov. Spencer Cox Cox and Lt. Gov. Deidre Henderson. Activists and supporters gathered in the Capitol rotunda in Salt Lake City, Tuesday, April 6, 2021, for a ceremonial bill signing of SB127 that will bring more oversight to the state's so-called troubled-teen industry. (Leah Hogsten/The Salt Lake Tribune via AP)
ADVERTISEMENT