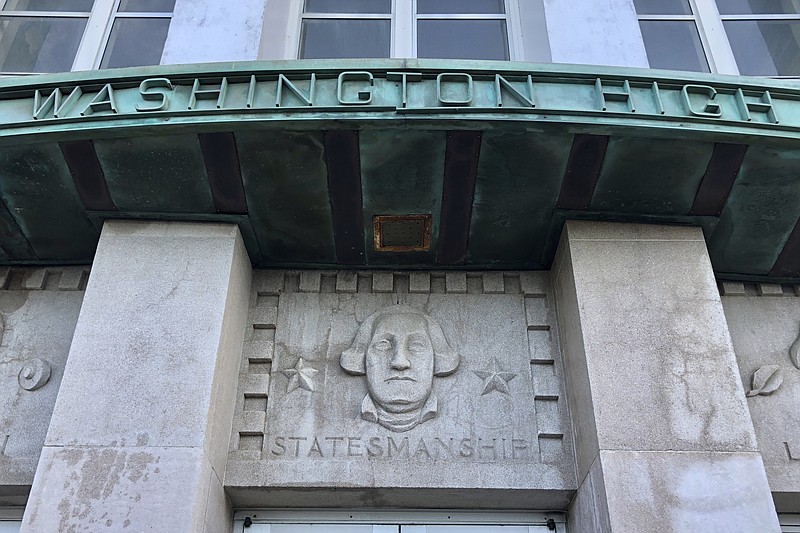 The main entry to George Washington High School is seen in San Francisco, on Jan. 27, 2021. The embattled San Francisco school board is poised to reverse a decision to rename 44 schools in an effort to avoid costly litigation and tone down national criticism. In a Tuesday, April 6, 2021, meeting, the board will vote on a resolution to rescind a controversial January decision to rename schools and revisit the matter after all students have returned full-time to in-person learning. (AP Photo/Haven Daley)

SAN FRANCISCO -- America's founding fathers got a reprieve Tuesday in San Francisco, when the city's School Board formally suspended a plan to rename 44 schools as part of a racial reckoning that critics said went too far.

The city's Board of Education, which convened on Zoom, voted unanimously to reverse its much-criticized decision to strip the names of a third of San Francisco's public schools, which it said honored figures linked to racism, sexism and other injustices. Among them were schools named for presidents Abraham Lincoln, George Washington and Thomas Jefferson, writer Robert Louis Stevenson and Revolutionary War hero Paul Revere. A school named for longtime Sen. Dianne Feinstein was on the list as well.

Tuesday's 6-0 decision means that the school board is rescinding its vote from January and will revisit the matter after all students have returned full time to in-person learning. It sets no specific timetable.

Parents, students and elected officials blasted the board for some of its targets -- and its timing. The decision in late January came while all of San Francisco's public classrooms were closed because of coronavirus restrictions. They still are. Mayor London Breed, called it "offensive and completely unacceptable" for the board to focus on changing school names rather than getting children back into classrooms.

Some of the city's youngest students are expected to begin returning to in-person instruction this month after more than a year of distance learning because of the pandemic. There is no timetable for middle and high school students to return.

The renaming effort also was criticized for historical inaccuracies and shoddy research that included consulting Wikipedia rather than historians.

A renaming advisory committee wrongly accused Paul Revere of seeking to colonize the Penobscot people. It also confused the name of Alamo Elementary School with the Texas battle rather than the Spanish word for poplar tree.

"While we're at it, what about renaming San Francisco," columnist Carl Nolte wrote in the San Francisco Chronicle after the vote, noting that the city was named by missionaries for a Roman Catholic saint. "Clearly that fits the guidelines for a new name."

Feinstein Elementary made the list because when she was mayor in 1984, a decision was made to replace a vandalized Confederate flag that was part of a longstanding display outside City Hall. When the flag was pulled down a second time, it was not replaced.

"It feels like truth won this time," Seeyew Mo, head of Families for San Francisco, said about Tuesday's vote. His group opposed the renaming process and brought attention to the flawed research.

"I'm glad they've come to their senses -- after lawsuits, and public pressure," said Mo, who also objected to the board's "top-down process" in which a small group made the decision without the wider school community. "A lot of people agree with the idea of revisiting names, but they just disagree with how it was done."

The committee in San Francisco determined that any figures who "engaged in the subjugation and enslavement of human beings; or who oppressed women, inhibiting societal progress; or whose actions led to genocide; or who otherwise significantly diminished the opportunities of those amongst us to the right to life, liberty, and the pursuit of happiness," should not have schools named for them.

Board president Gabriela Lopez said in February that the process would be paused until all children were back in school. Lopez acknowledged in a statement that mistakes were made in the selection of schools and said that when the board returns to the issue, it will engage historians for a "more deliberative process." 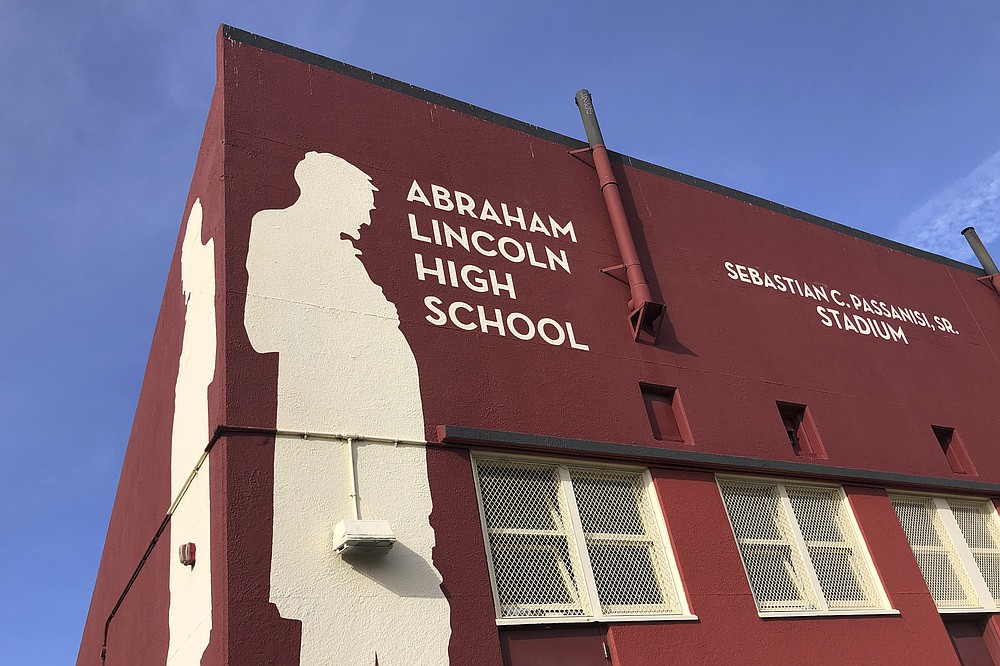 Abraham Lincoln High School is seen in San Francisco, on Jan. 27, 2021. The embattled San Francisco school board is poised to reverse a decision to rename 44 schools in an effort to avoid costly litigation and tone down national criticism. In a Tuesday, April 6, 2021, meeting, the board will vote on a resolution to rescind a controversial January decision to rename schools and revisit the matter after all students have returned full-time to in-person learning. (AP Photo/Haven Daley)
ADVERTISEMENT