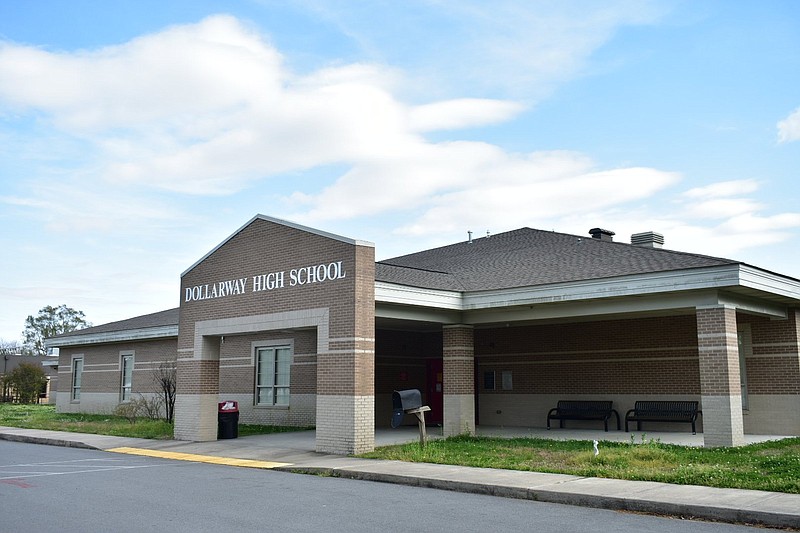 Long before an on-campus shooting claimed the life of a Watson Chapel Junior High School student, the White Hall School District took additional measures to upgrade its security with the hope that a similar incident would not occur on any of its campuses.

White Hall district Superintendent Doug Dorris said a school resource officer is placed at every campus, where a door-lock system is used to control who enters and exits and where security cameras are equipped.

“There is a buzzer system whenever you come in the building,” Dorris said. “We’re doing random searches, and by that I mean the principals have wands [metal detectors to search for weapons]. At the high school, there’s a K-9 dog there. They’re trained to sniff out drugs and gunpowder. Most of the students will pet it.”

Dorris said the district made the investment three years ago after a student was arrested and accused of taking a gun to campus with the intent of selling it to another student.

“We overcame all of that,” Dorris said. “We took care of it right then. Once they found out, it was all taken care of within five minutes. They got on top of that real quick.” Multiple law enforcement agencies arrived at Watson Chapel Junior High within three minutes of receiving an initial call of a shooting March 1. Daylon Burnett, 15, died from his injuries two days later, and a classmate, Thomas Quarles, 15, is charged with capital murder. Quarles is standing trial as an adult.

Pine Bluff police have not assigned school resource officers in more than a year because of a shortage in staff, Chief Kelvin Sergeant said during a Watson Chapel School Board meeting March 8. Watson Chapel Superintendent Jerry Guess has since hired the Pine Bluff security firm V Force to staff each campus in the district, in addition to two security officers the district had already employed at the time of the shooting. One of the security officers is a sergeant in the Jefferson County sheriff’s office.

School resource officers in the White Hall School District work each day on campus and are employed by either the White Hall or Redfield police department, Dorris said. They work at school nine months per year and are on regular police duty for the other three months.

The lead security officer in the Pine Bluff School District is working in conjunction with principals to make sure drills and plans are updated and teachers “are in the know,” Assistant Superintendent Jonathan Crossley said.

“We’ve done a good job of updating our security plan, and we updated it again after the shooting [at Watson Chapel Junior High],” Crossley said. Students, faculty members and security guards undergo active-shooter, lockdown, tornado and fire drills, he added.

Four security guards are stationed at Pine Bluff High School, three are at Jack Robey Junior High and one each is at Broadmoor, Southwood and 34th Avenue elementary schools. The guards in June will undergo training with visiting professionals over security procedures, with the lead security officer assisting, Crossley said.

“We will do active-shooter training at a later date,” Crossley said.

The Dollarway School District, which will be annexed into the Pine Bluff district in July, hires a security guard to look after Dollarway High School and Robert F. Morehead Middle School, which face each other on Fluker Avenue.

Dollarway High Principal Yolanda Prim said searches are not done on her campus.

“We don’t have that many kids. We have 50 kids during the day, although it takes one,” Prim said. “The kids don’t bring backpacks.” Cameras in hallways also observe the students’ movement, she said.

Prim added that the dean of students also monitors the Dollarway High campus, and a retired officer works at James Matthews Elementary School on Dollarway Road.