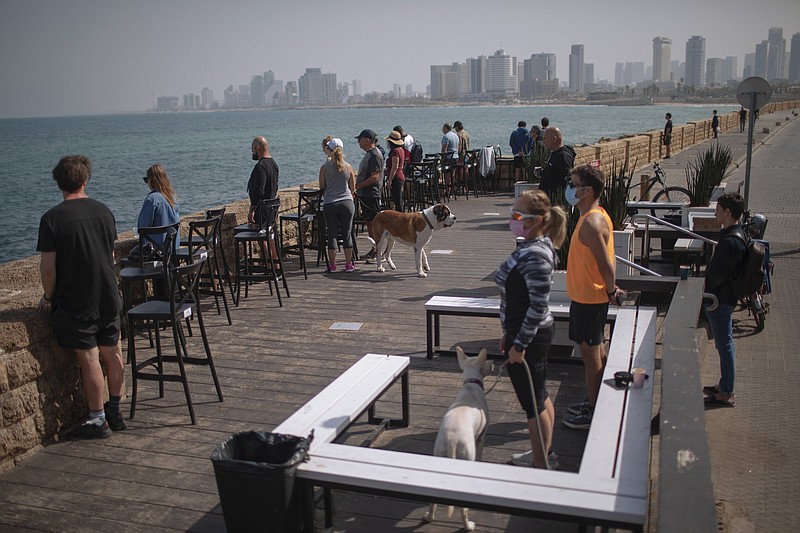 People in Tel Aviv, Israel, stand still as a 2-minute siren sounds Thursday in memory of victims of the Holocaust. More photos at arkansasonline.com/49holocaust/. (AP/Oded Balilty)

JERUSALEM — Israelis stood in silence Thursday as a 2-minute siren wailed across the country in remembrance of the Holocaust’s 6 million Jewish victims.

Public buses and cars stopped on the streets and highways, and pedestrians stood in place in memory of those killed in the Nazi genocide.

The annual memorial is one of the most somber days in the Israeli calendar, marking the anniversary of the 1943 Warsaw Ghetto uprising — the most significant act of Jewish resistance against Nazi Germany during the Holocaust.

The Holocaust is a keystone element of Israeli public consciousness. Israel was founded in 1948, three years after the end of World War II and the genocide. As a place of refuge for Jews across the world, hundreds of thousands of Holocaust survivors who had lost their homes and families fled there.

Starting at sundown Wednesday, Israeli television and radio shifted over to Holocaust remembrance broadcasting, and restaurants and other entertainment shut down.

Fewer than 180,000 Holocaust survivors remain in Israel. President Reuven Rivlin said Wednesday in a speech at Yad Vashem, the world Holocaust remembrance center, that 900 survivors have died in the coronavirus pandemic.

BEIJING — China on Thursday protested the passage of a U.S. destroyer through the Taiwan Strait as both nations increase their naval activity in the region.

The U.S. move sent the “wrong signal” to Taiwan’s government and “willfully disrupted the regional situation by endangering peace and stability across the Taiwan Strait,” he said. China firmly opposed the move and Chinese forces will respond with “strict precautions and vigilance,” he added.

China threatens to invade Taiwan to assert its claim over the self-governing island democracy, which enjoys strong U.S. support.

In a one-sentence statement, the U.S. Navy said the Mc-Cain “conducted a routine Taiwan Strait transit April 7 (local time) through international waters in accordance with international law.” The McCain’s transit follows China’s announcement Monday that its aircraft carrier Liaoning and associated vessels were holding drills near Taiwan meant to help it “safeguard national sovereignty, security and development interests,” terms often interpreted as being directed at Taiwan’s leadership, which has refused to give in to Beijing’s demands that it recognize the island as Chinese territory.

Meanwhile, the U.S. Navy announced that the carrier Theodore Roosevelt and its strike group reentered the South China Sea on Saturday to “conduct routine operations,” the second time the strike group has entered the strategic waterway this year.

BEIRUT — Syrian government forces fired a missile at a civilian vehicle in a rebel-held village in the country’s northwest Thursday, killing seven people, including three children from the same family, opposition activists said.

The attack took place near the village of Najia, close to front lines with government forces in Idlib province, the last major rebel stronghold in the war-torn country.

The missile killed two men, two women and three children, and wounded several others, according to the Britain-based Syrian Observatory for Human Rights, an opposition war-monitoring group, and an Idlib-based citizen journalist, Salwa Abdul-Rahman.

The U.N. children’s agency, UNICEF, confirmed that three children from one family were killed “when an attack hit the car” they were in.

“Ten years on (in) this brutal war, children continue to be killed and injured, day in, day out,” tweeted Ted Chaiban, UNICEF’s Mideast and North Africa director.

HONG KONG — About 50 people of various nationalities boarded a chartered flight from Macao to Malaysia on Thursday after many were stranded for months by the pandemic and border restrictions.

The flight to Kuala Lumpur was organized by Malaysia’s consulate in Hong Kong and Macao to repatriate its citizens from the territory. A flight earlier Thursday from Kuala Lumpur to Macao carried about 12 passengers.

There are currently no direct commercial flights between Macao and Malaysia because of travel restrictions. Many of the people on the chartered AirAsia flight had been stranded in Macao since the pandemic began.

“Today’s flight is the second repatriation flight the Consulate-General successfully worked with AirAsia on to bring Malaysians home from Macao, after a similar flight on 12 January,” when about 50 Malaysians were repatriated, Consul-General Yap Wei Sin said in a statement. 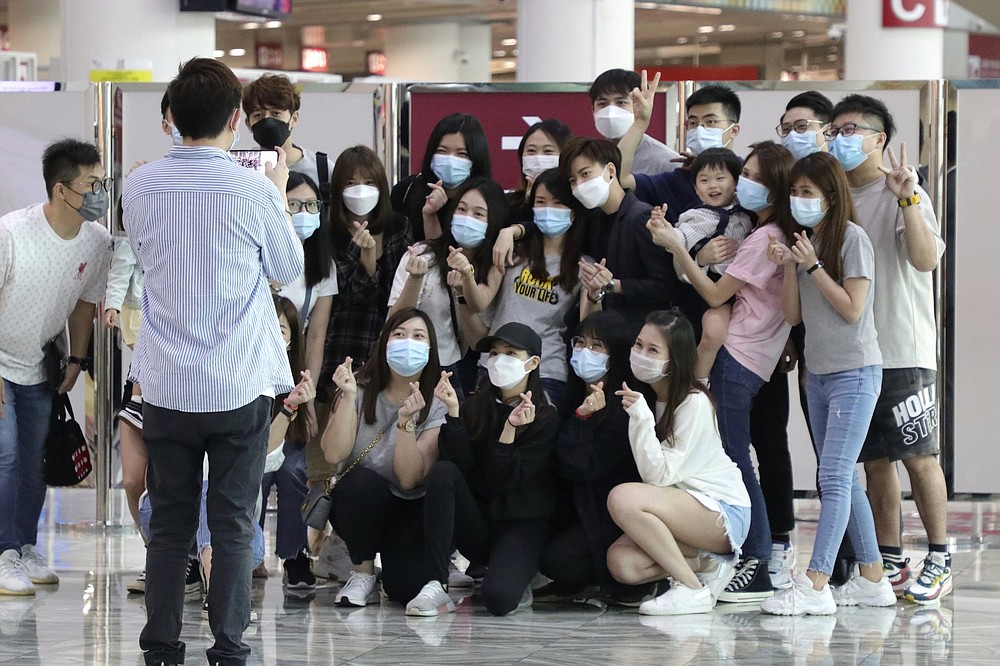 People stranded in Macao during the pandemic pose for a photo Thursday at the Macao airport before getting on a special AirAsia flight to Kuala Lumpur, Malaysia. (AP)
ADVERTISEMENT