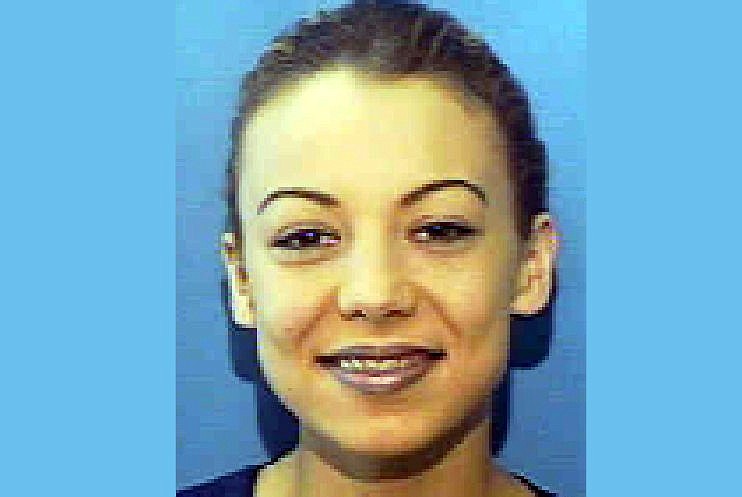 Rebekah Gould is shown in this 2004 handout photo from the Izard County sheriff's office.

College student Rebekah Gould was killed two decades ago by being struck repeatedly with a piano leg, according to an affidavit unsealed this week in Izard County Circuit Court.

Gould's 2004 death was never classified as a "cold case," Arkansas State Police previously told the Arkansas Democrat-Gazette, but it took investigators 16 years to identify the suspect, William Alma Miller, 44, and arrest him.

He was extradited to Arkansas in December and has been held without bail in the Izard County jail since Dec. 21. He is charged with first-degree murder.

Special Agent Mike McNeill of the Arkansas State Police delivered the probable cause affidavit on Nov. 8.

Circuit Judge Tim Weaver ordered the release of the affidavit "as well as any other documents that are currently sealed that would otherwise be filed as public record" on Wednesday, according to court documents.

Before her death, Gould was a student at Northwest Arkansas Community College in Bentonville and had transferred there from Melbourne's Ozarka College shortly before her death, the Democrat-Gazette reported in 2004.

Gould and her sister Danielle had driven to Melbourne from Northwest Arkansas in September 2004, according to accounts tracing Gould's final days, and Gould was to spend the weekend with her boyfriend, Casey McCullough, staying at his residence in Guion, a town approximately 17 miles south of Melbourne.

She disappeared after dropping off McCullough at work on Sept. 20, 2004. Her last reported sighting was at a local convenience store that day. Her vehicle was later found at McCullough's house with her purse and keys inside.

She was reported missing Sept. 21 and found dead Sept. 27, 2004, on an embankment off Arkansas 9, south of Melbourne, according to a November state police news release.

McNeill interviewed Miller on Nov. 7, according to the affidavit, and Miller confessed to killing Gould on the morning of Sept. 20, 2004, at McCullough's house. Miller concealed his Chevrolet pickup in a field behind the house and knocked on the front door, where Gould let him inside, presumably to use the phone, the affidavit states.

Miller then said that after he killed Gould, he wrapped her body in a blanket, put her in the bed of his pickup, drove north and deposited her body alongside Arkansas 9, according to the affidavit.

L. Gray Dellinger, one of Miller's defense attorneys, declined to comment when reached by phone Friday. Prosecuting Attorney C. Eric Hance could not be reached for comment.

Miller had been held since Nov. 7 in the Lane County jail in Eugene, Ore., the Democrat-Gazette previously reported. A special agent with the Arkansas State Police's Criminal Investigation Division, who was assigned to the case, sought Miller's arrest after learning that he had returned from an "extended stay" in the Philippines to his residence in Cottage Grove, Ore., according to a state police news release.

Miller's trial is scheduled Aug. 25-27, according to court documents.

Gould's death has received widespread interest inside and outside Arkansas over the past two decades through various media such as true-crime podcasts, books and blogs. Gould's sisters have criticized how some of those media have portrayed the case and the detectives investigating it.