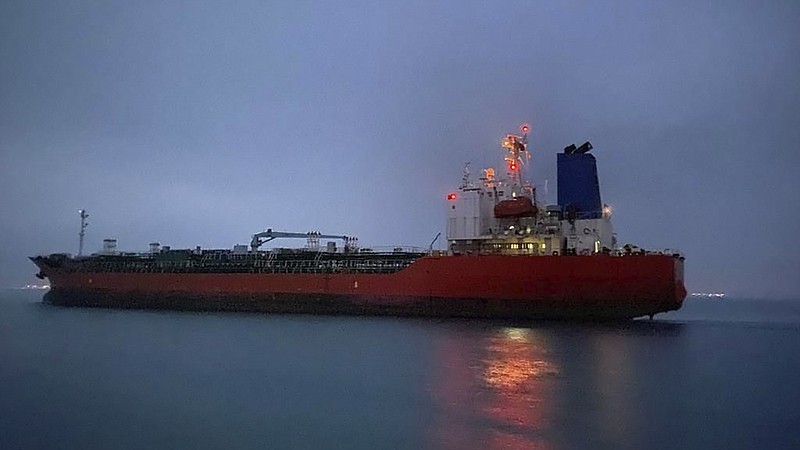 In this photo provided by South Korea Foreign Ministry, The MT Hankuk Chemi leaves the port in Bandar Abbas, Iran, Friday, April 9, 2021. The South Korean oil tanker held for months by Iran amid a dispute over billions of dollars held in Seoul was freed and sailed away early Friday, just hours ahead of further talks between Tehran and world powers over its tattered nuclear deal. (South Korea Foreign Ministry via AP)

DUBAI, United Arab Emirates -- A South Korean oil tanker held for months by Iran amid a dispute over billions of dollars seized by Seoul was freed and sailed away early Friday, just hours ahead of further talks between Tehran and world powers over its tattered nuclear deal.

MarineTraffic.com data showed the MT Hankuk Chemi leaving Bandar Abbas in the early morning hours. By Friday afternoon, it was off the eastern coast of the United Arab Emirates, having passed safely through the Strait of Hormuz.

South Korea's Foreign Ministry said Iran released the tanker and its captain after seizing the vessel in January. The ministry said the Hankuk Chemi left an Iranian port about 6 a.m. local time after completing an administrative process.

"At the request of the owner and the Korean government, the order to release the ship was issued by the prosecutor," Khatibzadeh was quoted as saying by the state-run IRNA news agency.

The ship's owner, DM Shipping Co. Ltd. of Busan, South Korea, could not be reached for comment.

The Hankuk Chemi had been traveling from a petrochemicals facility in Jubail, Saudi Arabia, to Fujairah in the United Arab Emirates when Revolutionary Guard troops stormed the vessel in January and forced the ship to change course and go to Iran.

Iran had accused the ship of polluting the waters in the crucial Strait of Hormuz. But the seizure was widely seen as an attempt to pressure Seoul to release some $7 billion in Iranian assets tied up in South Korean banks amid heavy American sanctions on Iran. Iran released the 20-member crew in February but continued to detain the ship and its captain while demanding that South Korea unlock frozen Iranian assets.

Iran's Foreign Ministry did not acknowledge the fund dispute when announcing the ship's release, with Khatibzadeh saying only that the captain and tanker had a clean record in the region.

But an official from South Korea's Foreign Ministry, speaking on condition of anonymity under regulations, said Seoul's willingness to resolve the issue of Iranian assets tied up in South Korea "possibly had a positive influence" in Iran's decision to release the vessel.

The official said Iran had acknowledged South Korea's attempts to resolve the dispute as it became clear the issue was "not just about South Korea's ability and efforts alone" and was "intertwined" with negotiations over the return to Tehran's foundering nuclear deal.

Unfreezing the funds involves the consent of various countries including the U.S., which in 2018 imposed sweeping sanctions on Iran's oil and banking sectors. The official said South Korea has been closely communicating with other countries over the frozen assets.

Iran later announced it expected South Korean Prime Minister Chung Sye-kyun to travel to Tehran for a two-day visit beginning Sunday. Yonhap said the trip would be the first visit of a South Korean premier to Iran in 44 years -- before Iran's 1979 Islamic Revolution. Chung previously visited Iran in August 2017 as the then-speaker of the National Assembly.

The development came as Iran and world powers were set to resume negotiations in Vienna on Friday to break the standoff over U.S. sanctions against Iran and Iranian breaches of the nuclear agreement. The 2015 nuclear accord, which then-President Donald Trump abandoned three years later, offered Iran sanctions relief in exchange for restrictions on its nuclear program.

Information for this article was contributed by Kim Tong-hyung and Amir Vahdat of The Associated Press. 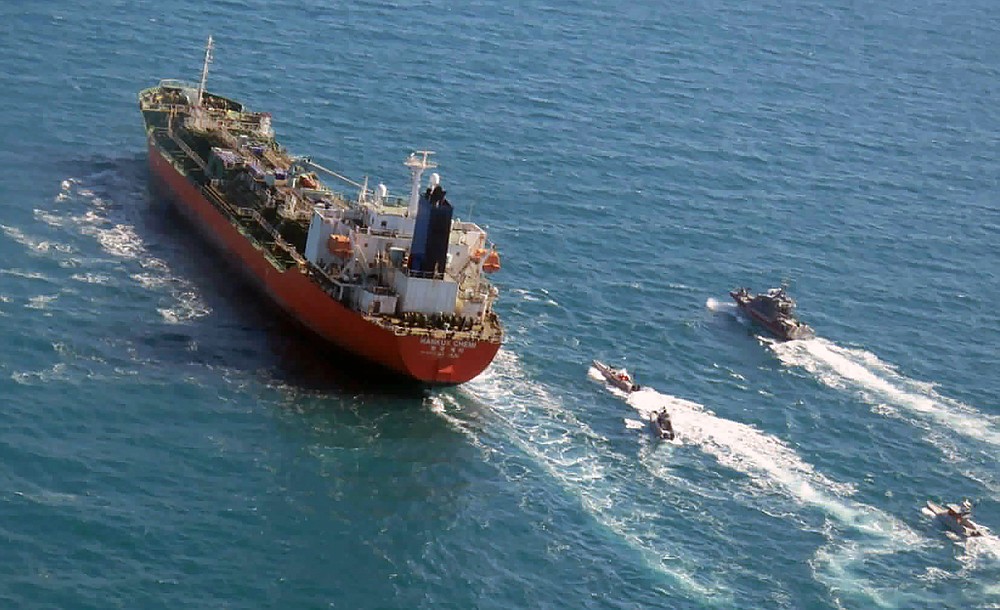 FILE - In this Jan. 4, 2021, file photo released by Tasnim News Agency, a seized South Korean-flagged tanker is escorted by Iranian Revolutionary Guard boats on the Persian Gulf. The South Korean oil tanker held for months by Iran amid a dispute over billions of dollars held in Seoul was leaving Iran early Friday, April 9, 2021. (Tasnim News Agency via AP, File)
ADVERTISEMENT