Sophomore tight end Luke Hasz is no stranger to the University of Arkansas football program.

His sister, Jenna, graduated from Arkansas last semester. His aunt, Jennifer Rouse, also is a graduate of the UA. He accompanied his mother, Stacy -- who has season tickets for football -- to Razorback games last year.

"She went to Tulsa, but she's always liked Arkansas," Hasz said of his mother. "My aunt decided to go there, and my sister took a bunch of visits down there and wanted to go there, too."

Hasz, 6-4, 221 pounds, of Bixby, Okla., has seen his recruiting grow exponentially over the past few months. He received his first scholarship offer from Oklahoma State in December and has since added 20 other offers from Arkansas, Oklahoma, Baylor, Florida State, Southern Cal, Kansas, Ohio State, Oregon, Penn State and others.

This fall will be his mother's third year to have season tickets for the Hogs.

"My mom has always liked going to games ... basketball games and football games," Hasz said. "I love going to Arkansas games. It's a good environment."

He said his sister "loved" her experience at Arkansas. She's currently on the staff of an Oklahoma congressman in Washington, D.C. She was thrilled when the Hogs offered her brother on March 11.

"She was pretty excited about the Arkansas one, that's for sure," Hasz said. "She texted me right when I posted it and said, 'Woo Pig.' The first person I called was my sister after the phone call [about the Arkansas offer]. She said, 'No freaking way.' "

"I try to call him like every two weeks," Hasz said. "Very down to earth and you can tell he's a family guy. I like that. He tells me what I need to work on."

He recorded 32 catches for 703 yards and 9 touchdowns as a sophomore while also having 7 tackles, a tackle for loss and 4 quarterback hurries during spot duty at defensive end.

Prospects can't have communication with coaches via Twitter or text messages until Sept. 1 of their junior year. College coaches will reach out to the high school coaches and ask to have the prospect call them.

Hasz is busy reaching out to college coaches.

"I tried to get to everyone as much as I can," he said. "I can get up to about eight phone calls a week."

He sometimes has to pinch himself when talking to college coaches whom he's seen on TV.

Hasz plans to visit schools this summer if the NCAA lifts the dead period.

"I'm for sure going to come to Arkansas," he said. "I had season tickets there last year, and I'm pretty sure I'll be there this year, too." 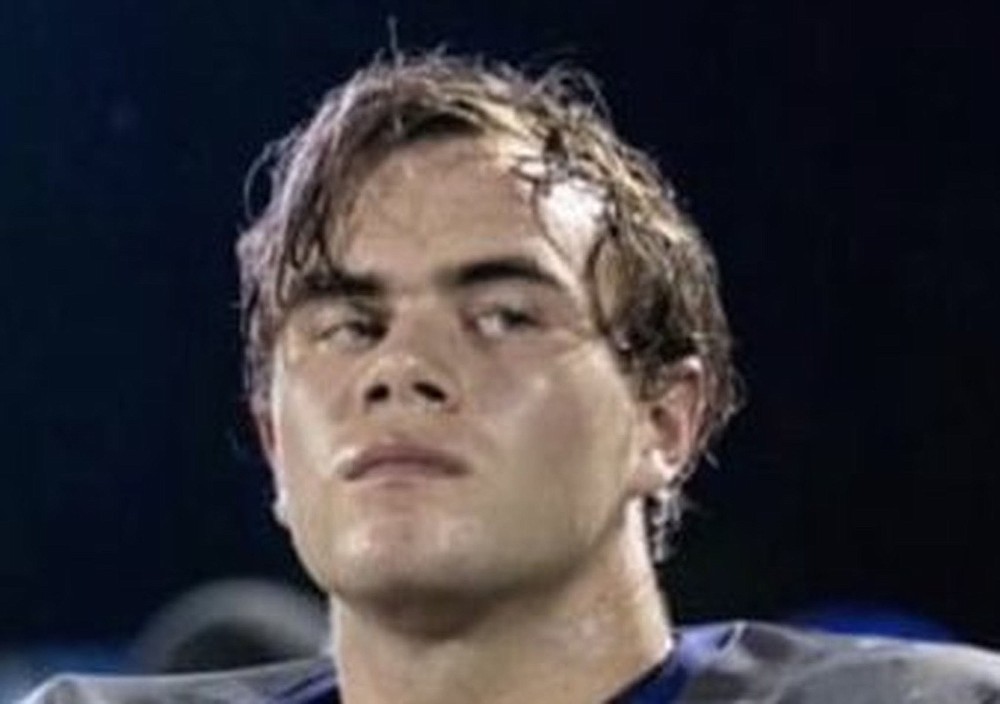