Take A Walk Through Time: Characters come out on Garrison Avenue 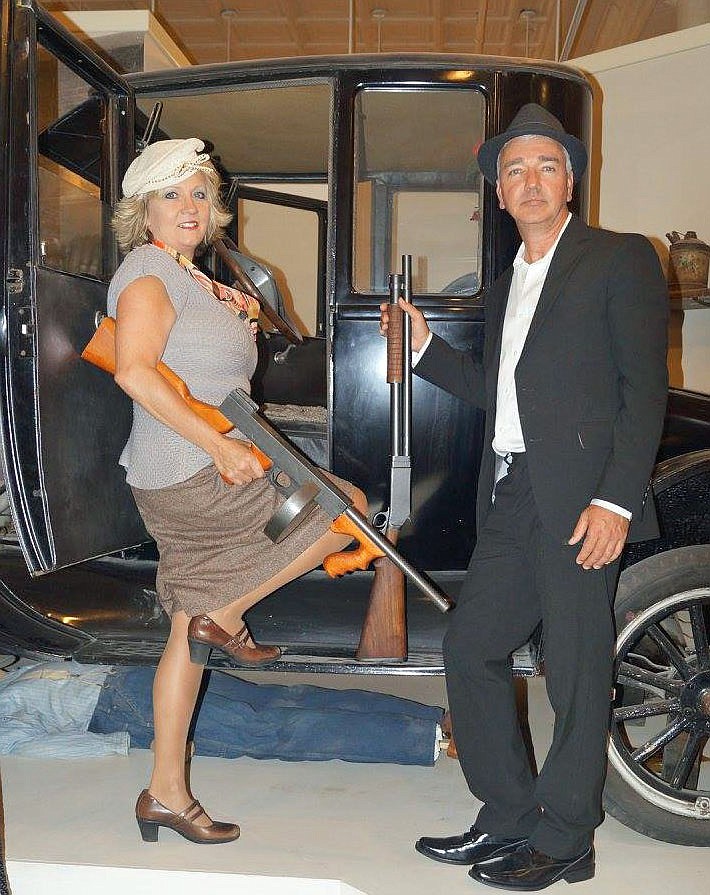 Ruby and Rodney Dean will portray Bonny and Clyde when the Fort Smith Museum of History hosts “A Walk Through Time: A Guided Walking Tour” on April 17. (Courtesy Photo)

Sue Robison knows first hand that most people think of Fort Smith as the "wild west" where "Hangin' Judge" Isaac C. Parker meted out justice in the final years before the turn of the 2oth century. Her knowledge came from personal experience as Robison and her husband, Floyd, made their own mark on the community's history.

"My husband and I have volunteered for years in Fort Smith," Robison says. "My husband presented as Judge Parker, and I am always proud to be seen as the judge's wife, Mary. We will engage tourists in any conversation about the judge, but always try to lead them to other aspects of our town. We start the conversation with what they want to hear, and try to tell them what we would like them to know."

That, she says, includes "a never-ending list of interesting people in Fort Smith's history," several of whom she'll help introduce to visitors at the Fort Smith Museum of History's "A Walk Through Time," scheduled for 2 p.m. April 17. Walking tours are a regular feature at the museum during nice weather -- or were, until covid-19 shut everything down for a year. Discussions during the pandemic led to the idea of "an event that would allow people to return to the museum but, at the same time, was more covid-aware," Robison says. "I have worked with the museum on past walking tours, so it seemed a good way to involve the public."

"You'll meet a fire chief who didn't let a broken neck stop him from taking care of the city, a deputy with first-hand knowledge about the snake pit scene in the movie 'True Grit,' a local attorney so disliked by his peers they tried to disbar him and Judge Parker even called him a scoundrel," says Caroline Speir, the museum's executive director. "You'll be greeted by one of the first public school teachers to teach in a Fort Smith classroom, stand face-to-face with the most famous pair of love-bird killers ever known to America, and meet the lady whose jealousy led to gunfire and whose story became Fort Smith legend."

"All the characters used in the tour are real people," Robison says. "Their main criteria is their connection to the city of Fort Smith and the fact we can say with no doubt they did at one time walk on Garrison Avenue. The stories are true. The people presenting the historic figures research their characters and write their own scripts. The presentations are designed to draw questions from the guests, as well as present little known and interesting facts of Fort Smith's true history. Many presenters will bring props, such as a time-appropriate text books for the teacher, and all are responsible for finding clothes to fit their character.

"We tend to stay in the Victorian Era because that seems to be the age most popular with our audience, but we step out when possible," she adds. "The presentation of Eleanor Roosevelt's visit to Fort Smith to kick off the drive to fight polio was one of the most modern characters we included. There are so many. We may never have the time to honor all their stories."

Among new characters being introduced this year are U.S. Deputy Marshal James Mershon, described by Robison as one of the deputies who rode out of Parker's court.

"But his story covers more than simply chasing bad guys," she says. "Mershon was a successful businessman and was known to offer financial assistance to those facing legal problems. He also had an experience with a pit of snakes on one of his travels, and that story is said to the basis of the snake scene made famous in the movie 'True Grit.'"

Also new is the story of Henry Surratt, who served the city of Fort Smith both as chief of police and fire chief in the 19th century.

"His story begins as teenager in the Civil War, and ends with his name being one of the best known in town," Robison says. "Stories of his heroism are common, but he is best known for designing an alarm system at the fire department to get the firemen out the door as quickly as possible. The plan didn't work, and Surratt ended up with a broken neck.

"Our final new character this year is Julia Bourland," Robison adds, who comes with a tale she says is "better than any made-for-television story," involving love, infidelity, vengeance and murder. And a new storyteller, Carolyn Joyce, "will bring the delightful and somewhat dirty Miss Laura to life in a way the entire family can enjoy."

"We keep the walk less than an hour long," Robison promises, adding "the only time we've had people leave the tour was because their children became restless, but we hope the Victorian teacher and Bonnie and Clyde hold their attention." 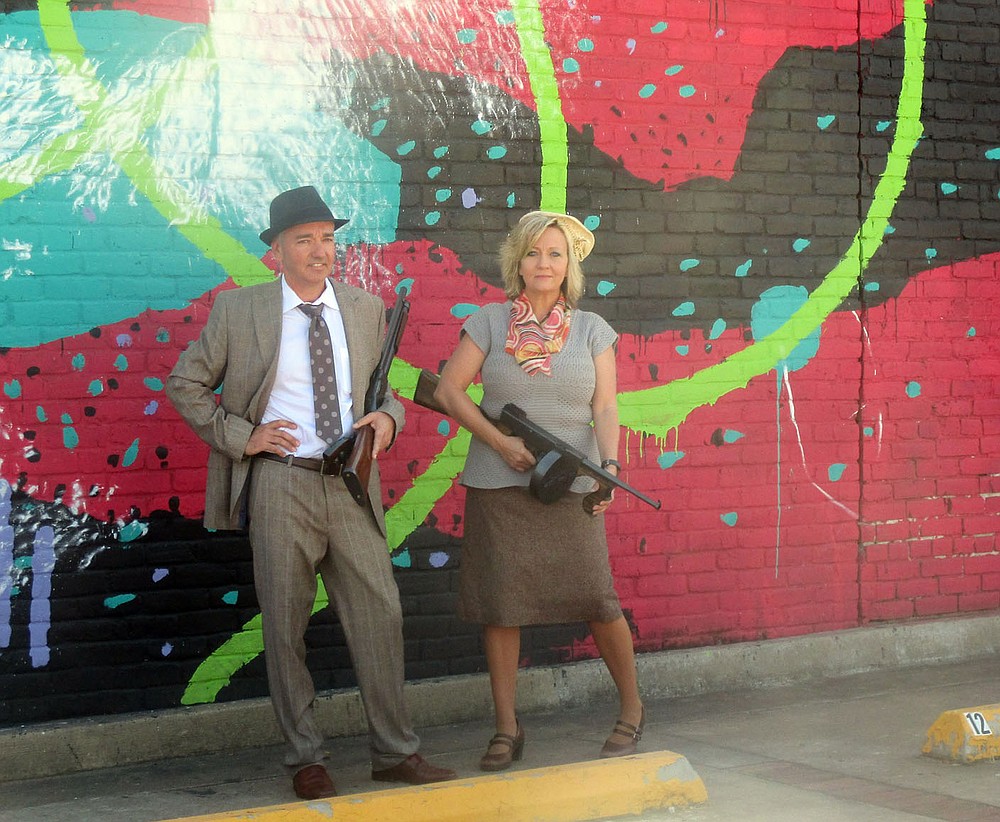 Ruby and Rodney Dean will portray Bonny and Clyde when the Fort Smith Museum of History hosts “A Walk Through Time: A Guided Walking Tour” on April 17. (Courtesy Photo) 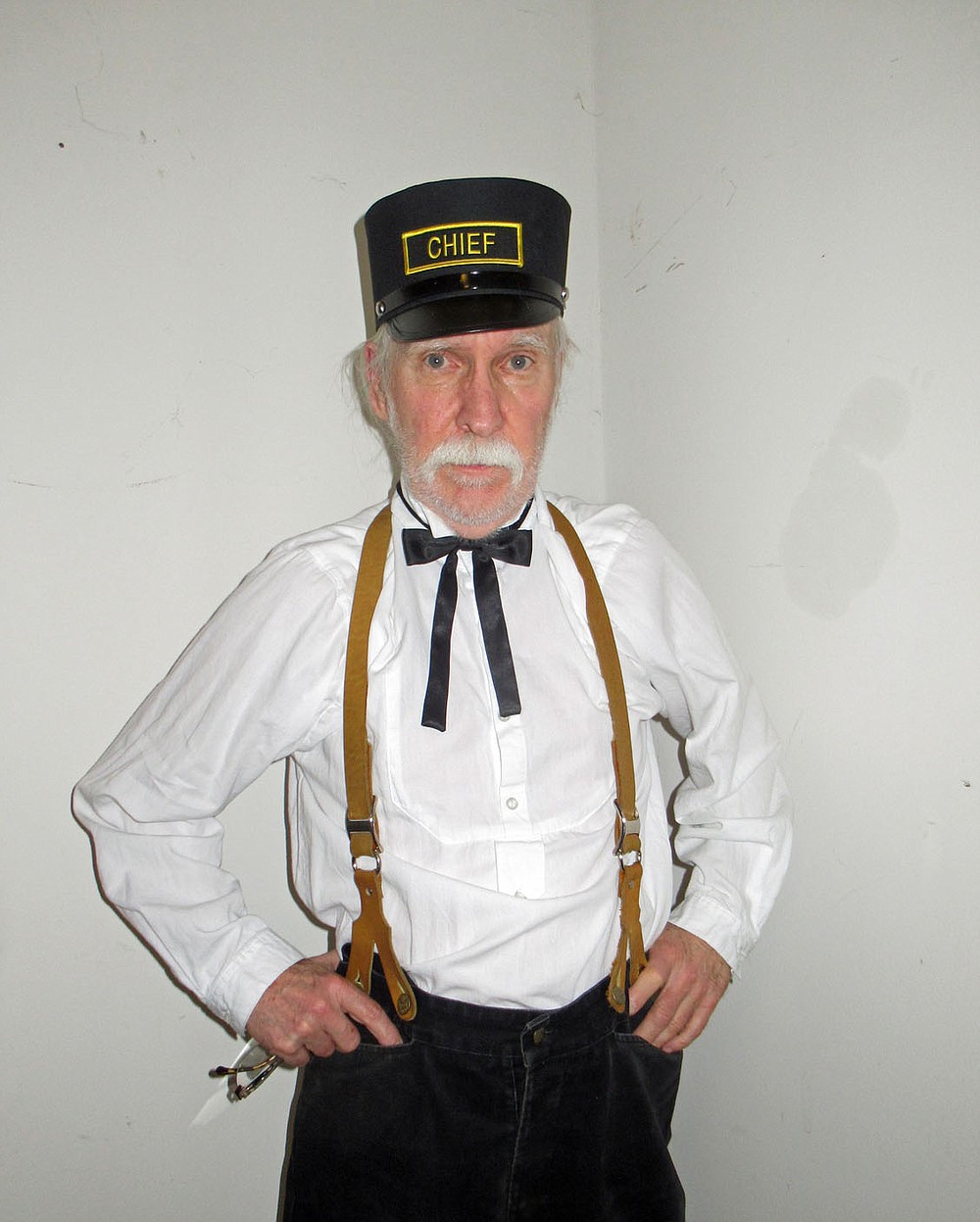 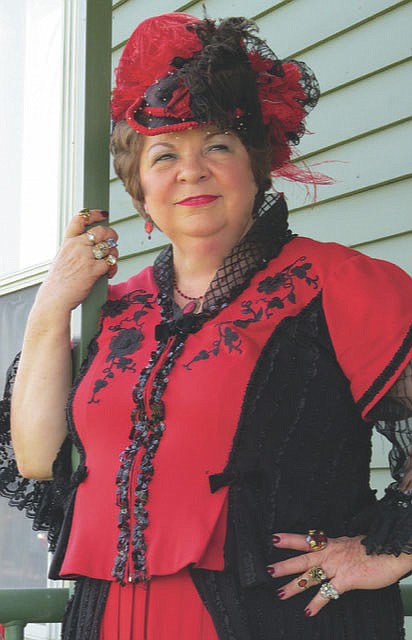 A new actress on this year’s “Walk Through Time” is Carolyn Joyce, who will tell the audience about the infamous madam, Miss Laura. Joyce worked for several years in the Tourism Office for the city of Fort Smith, and this is her first time on the tour since her retirement. (Courtesy Photo)
More News

‘A Walk Through Time: A Guided Walking Tour’