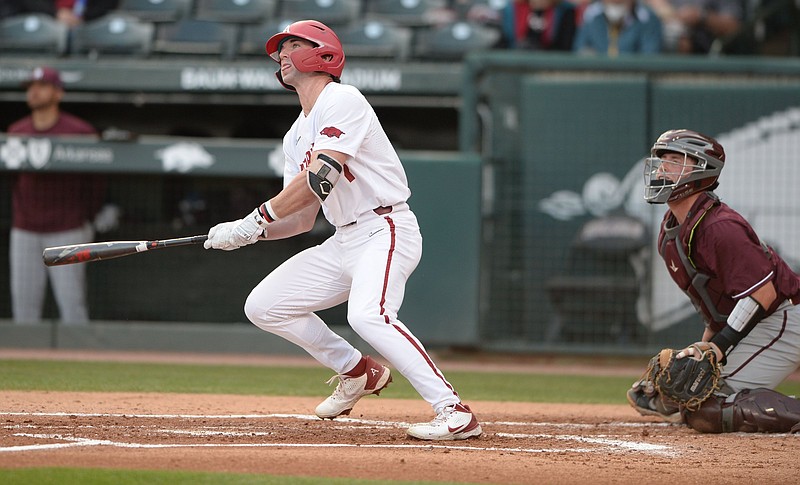 Wallace went 5 for 23 with 2 home runs, 2 doubles, 3 walks and 7 RBI during the Razorbacks’ games last week against Arkansas-Little Rock and Ole Miss.

The Greenbrier native went 1 for 8 during the UALR midweek series, but bounced back with four hits — including three extra-base hits — at Ole Miss. He hit a two-run double late during Arkansas’ 7-3 victory in the first game of a doubleheader Saturday, and hit a three-run home run during the second inning of the Razorbacks’ 18-14 victory Sunday.

Wallace is batting .346 in SEC play, which is best among Arkansas’ everyday players. He has a .302 batting average overall and is tied for the team lead with eight home runs.

Wallace shared the SEC freshman of the week award with LSU’s Jordan Thompson, who was 9 for 15 with 3 RBI and 6 runs scored at Kentucky.

CORRECTION: A previous version of this story incorrectly listed Wallace's hitting stats for the week. It has been corrected.