STREAMING: 10 bio-pics to watch, from 'Mahalia' to 'Wendy' 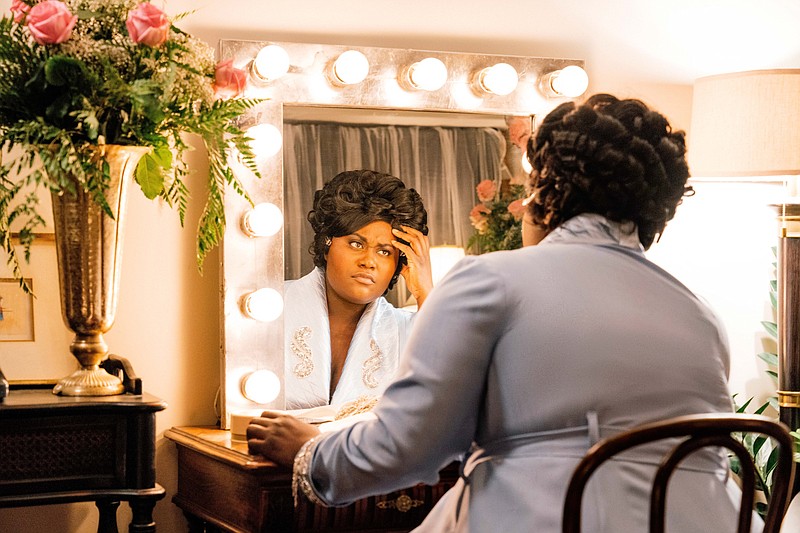 When it comes to telling stories about celebrities and other prominent real-life figures, there's nothing quite like the made-for-TV movie or series. These bio-pics can range from illuminating to insanely over-the-top.

We've rounded up some of the must-see movies and shows about real people, from classics to contemporary projects, that are available to stream right now.

◼️ "Robin Roberts Presents: Mahalia" (2021). Danielle Brooks, of "Orange Is the New Black" and Broadway's "The Color Purple," makes a striking turn as gospel legend Mahalia Jackson in this Lifetime bio-pic produced by "Good Morning America" anchor Robin Roberts. Directed by Tony Award winner Kenny Leon, the film explores Jackson's musical origins, her integral role in the civil rights movement — including her friendship with the Rev. Martin Luther King Jr. — and other aspects of her life. (Streaming on Hulu and Lifetime.com)

◼️ "Nicky Jam: El Ganador" (2018). This engrossing 13-part series, which first aired on Telemundo, recounts the life and career of reggaeton trailblazer Nicky Jam. The Spanish-language series, helmed by director Jessy Terrero, charts the rapper's early success alongside an emerging Daddy Yankee in the genre's underground days, and the addiction struggles that threatened to derail his career.

Reggaeton artist Darkiel portrays the younger Nicky, while the rapper himself steps in to play the older version as the series follows his 2008 move to Colombia, which primed him for the incredible 2017 comeback that landed him atop the Latin music charts. (Streaming on Netflix).

◼️ "Whitney" (2015). Yaya DaCosta plays Whitney Houston in this Lifetime movie, which focuses heavily on the R&B-pop singer's relationship with Bobby Brown, starting with their first meeting at the 1989 Soul Train Awards. Though the film alludes to the couple's well-documented struggles with drug addiction and reported domestic violence, Angela Bassett chose to focus on the love they shared in her directorial debut. She also opted not to include the singer's 2012 death.

"As a public, we know how it ultimately ends," Bassett told The Washington Post in 2015. "But we only follow a five-year period of [Whitney and Bobby's] life together, and that's the sweet spot of their youth and their success." (Streaming on Lifetime Movie Club).

◼️ "Wendy Williams: The Movie" (2021). Ciera Payton plays the shock-jock-turned-daytime TV diva in this (Wendy-authorized) Lifetime movie. It's not a perfect retelling of her story — there's a little too much of her ex-husband Kevin, if you ask us — but Payton gives the role her all, and reminds us that Williams carved out a career in celebrity gossip like none other. (Streaming on Hulu)

◼️ "Clark Sisters: First Ladies of Gospel" (2020). Queen Latifah, Mary J. Blige and Missy Elliott produced this spotlight on the famed gospel quintet who brought the genre to the masses. The movie really resonated — to the tune of 2.7 million viewers, which, as Deadline reported, marked Lifetime's highest-rated movie in four years. (Streaming on Lifetime Movie Club)

◼️ "The New Edition Story" (2017). Spot-on casting, smart pacing and raw storytelling made this three-part miniseries — about the rise of the boy band (Ralph, Ronnie, Ricky, Bobby and Mike) and their enduring influence on R&B — a definitive water-cooler moment. The show drew record ratings for BET and produced some unforgettable memes. (Streaming on Paramount Plus and BET Plus)

◼️ "Gia" (1998). Angelina Jolie found her breakout role playing Gia Carangi in this classic HBO bio-pic, which recalls the supermodel's exciting rise in the fashion world and the addiction struggles that cut it short. Though devastating in its attention to Carangi's substance abuse and struggle with AIDS, the film also shows her falling in love with makeup artist Sandy Linter (Elizabeth Mitchell). (Streaming on HBO Max)

◼️ "Introducing Dorothy Dandridge" (1999). Several years before Halle Berry became the first Black woman to win the Academy Award for best actress, she produced and starred in this film about the life of the first Black woman to be nominated for the Academy Award for best actress. The movie, co-written by Shonda Rhimes, explores how racism held a promising actress from reaching her full potential and was a darling of the 2000 awards season. (Streaming on HBO Max)

◼️ "John Adams" (2008). Paul Giamatti plays the nation's second president, whose life (and marriage to Abigail Adams) is explored over a more than 50-year period in this seven-episode miniseries based on the biography by David McCullough. The HBO show swept its awards season, setting a record for most Emmy wins by a limited series. (Streaming on HBO Max)

◼️ "Genius: Aretha" (2021). Cynthia Erivo is Aretha Franklin in the third installment of National Geographic's signature anthology, which has previously told the stories of Albert Einstein (portrayed by Geoffrey Rush) and Picasso (played by Antonio Banderas). The Queen of Soul's family has publicly stated they do not support the series, but Erivo — an Oscar away from an EGOT — has been praised for her portrayal. (Streaming on Hulu)