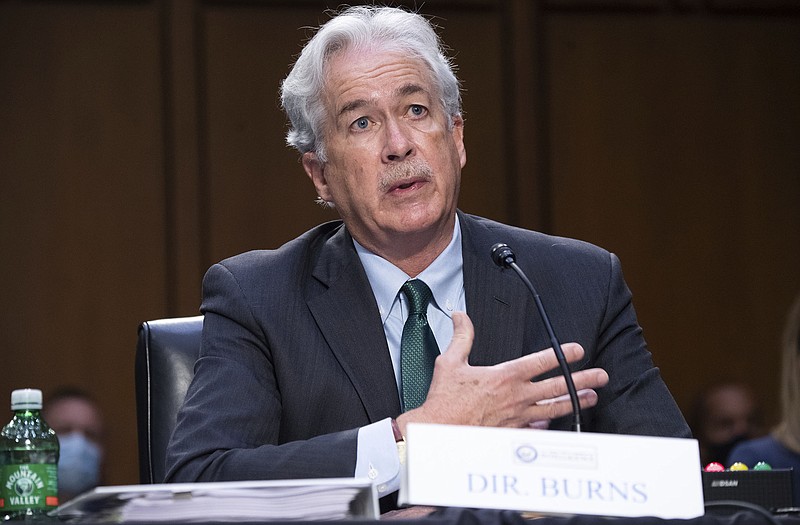 CIA Director William Burns told a Senate panel Wednesday that while having forces in Afghanistan has helped contain terrorist threats, the U.S. “will retain a suite of capabilities” to hamper any resurgence after the pullout. (AP/Saul Loeb)

WASHINGTON -- The nation's top intelligence and law enforcement officials testified Wednesday before the Senate about a range of threats facing the United States, from a rising China to the origins of the virus that caused the coronavirus pandemic.

The annual hearing brings together the top leadership of the intelligence agencies for what often amounts to a tour of the world's tribulations. This year, officials faced questions from members of the Senate Intelligence Committee on President Joe Biden's decision to withdraw all American troops from Afghanistan by Sept. 11, the 20th anniversary of the terrorist attacks that drew the United States into the longest war in the nation's history.

Sen. Susan Collins, R-Maine, asked whether the departure of U.S. troops put the country at a greater risk of terrorist attacks should al-Qaida or Islamic State fighters gain a new foothold in Afghanistan.

CIA Director William Burns said the presence of U.S. and coalition forces has enhanced intelligence agencies' ability to monitor terrorist threats in the country, including those that could affect the United States directly, and that the ability will diminish when forces leave.

But, he said, the agency would "retain a suite of capabilities," some already in place, and some yet to be developed, to help warn U.S. officials.

Burns also said it was an open question as to whether terrorists would choose to regroup in the country or be able to do so easily. Al-Qaida and the Islamic State group would face opposition from the Afghan government and the Taliban, which he described as an "ideological rival" of the Islamic State. He said the Taliban also have a powerful incentive to keep al-Qaida from reestablishing itself. Some analysts say the Taliban will want to establish their legitimacy with the international community and garner financial support if they come to power and therefore will not tolerate an influx of foreign terrorists.

The hearing, which included an overview of global threats by Director of National Intelligence Avril Haines marks the resumption of annual testimony that was put on hold during the Trump administration. The decision frustrated Republican and Democratic lawmakers who have called the hearings the American public's best opportunity to hear an overview of global security challenges from the officials in charge of addressing them.

The same officials are scheduled to appear before the House Intelligence Committee on today.

Haines called China "an unparalleled priority for the intelligence community," and said Beijing possesses "substantial cybercapabilities that if deployed, at a minimum, can cause localized, temporary disruptions to critical infrastructure inside the United States."

Sen. Marco Rubio, R-Fla., the committee's vice chairman, said he was especially concerned that the U.S. had not developed an effective strategy of deterrence that makes clear to hostile countries what kinds of malicious cyberactions cross a line and are more analogous to armed conflict than espionage.

He pointed to the recent SolarWinds hack, a major breach of U.S. companies and government agencies that experts have attributed to Russia, which he said "demonstrates how easily U.S. infrastructure can be compromised."

Although China is the United States' most formidable adversary, it's not invulnerable to the forces challenging big and small countries around the world, Haines said. China's "economic, environmental and demographic vulnerabilities all threaten to complicate its ability to manage the transition to the dominant role it aspires to in the decades ahead."

In his opening remarks, Sen. Mark Warner, D-Va., the committee chairman, emphasized that his concerns were with the government of China.

"Our problem is with the Chinese Communist Party, not with the people of China or the Chinese diaspora globally, and certainly not with Asian Americans here in the United States," Warner said. "I want to caution our fellow Americans that false equivalencies only breed suspicion, division, and hate ... and play right into Beijing's hands."

Officials also were asked about China's responsibility in the coronavirus outbreak, and whether the spy agencies had determined the origins of the virus that led to the pandemic.

"The intelligence community does not know exactly where, when, or how covid-19 was transmitted initially," Haines said. Theories have coalesced, she added, around two scenarios -- natural transmission from animals to humans and a possible accident at a lab.

The "lab leak" theory has been controversial among scientists. There is no evidence that the coronavirus escaped from any lab, including the Wuhan Institute of Virology, a renowned research center in the city where the first clusters of covid-19 cases emerged. 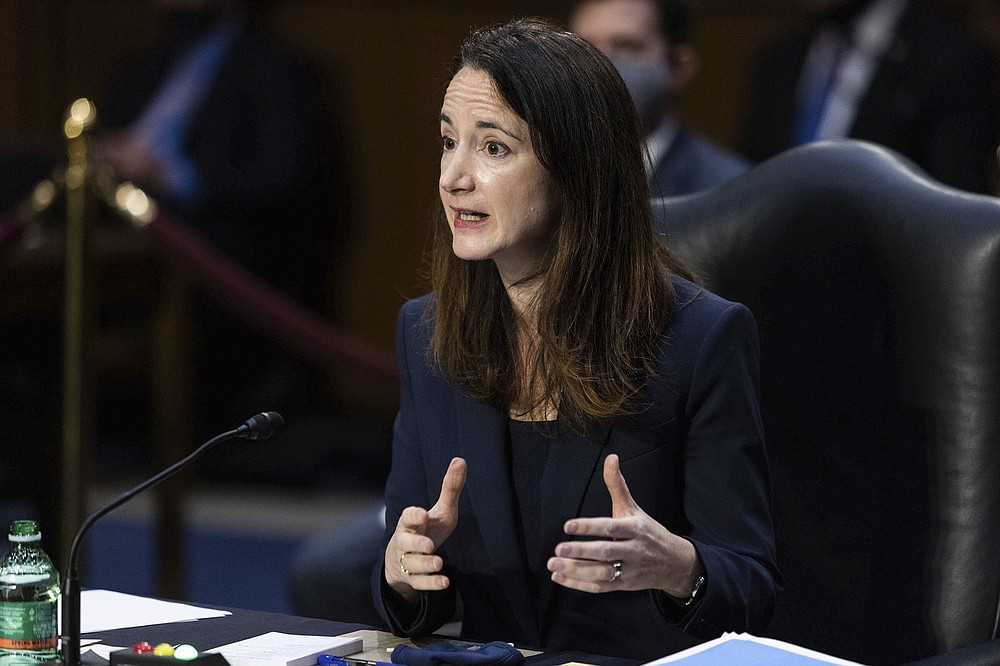 Director Avril Haines of the Office of the Director of National Intelligence (ODNI) testifies during a Senate Select Committee on Intelligence hearing about worldwide threats, on Capitol Hill in Washington, Wednesday, April 14, 2021. (Graeme Jennings/Pool via AP)
ADVERTISEMENT