MUSIC: Catch the 'Feels' on their debut album 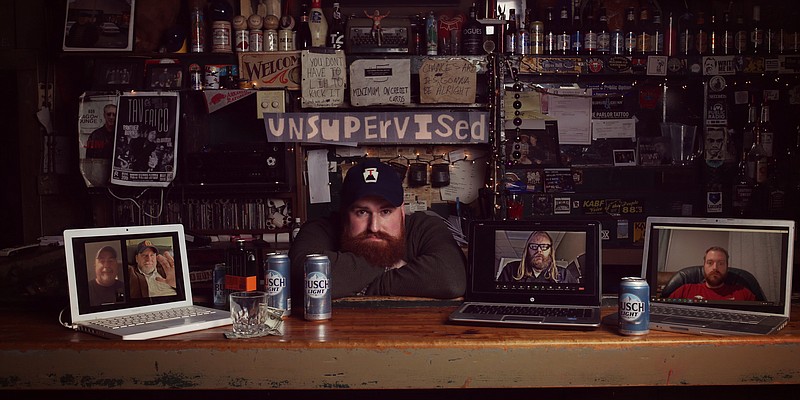 Gather a group of music scene veterans who also happen to work in health care and what does one get?

The Little Rock band Joe and the Feels, whose debut album of alt-rock and power pop gems, "Unsupervised," drops Friday on Out of the Past Music.

The record features 10 songs written by singer/guitarist Joe Yoder, formerly of The See.

It all started when Yoder, 37, returned to Little Rock in 2018. He'd finished school at the University of Missouri-Kansas City and was on his way to becoming a licensed social worker when he connected with Hoffpauir, a social worker at Central Arkansas Veterans Healthcare System and adjunct professor of social work at the University of Arkansas at Little Rock, who helped him navigate the licensing process and find a job.

Hoffpauir, 56, has also played with Little Rock alt-rock godfathers Ho-Hum, The Boondogs and many other groups. Most recently, he was behind the kit for "The Longest April," the debut album from Fox Green, which includes University of Arkansas for Medical Sciences Chancellor Cam Patterson.

"Dave was a natural mentor figure to me," Yoder says. "We met for supervision, and afterwards we would start talking about music."

The two soon reached out to Warr, Fricke and Blevins and the group coalesced in 2019.

Warr, of Brother Andy and his Big Damn Mouth, is a stimulation health-care educator at UAMS and was in a band with Hoffpauir called Marvin Berry.

Blevins is a psychiatrist with UAMS, and Yoder grew up with Fricke, a diagnostic radiology specialist at UAMS.

The musical, personal and professional ties are evident on the record. 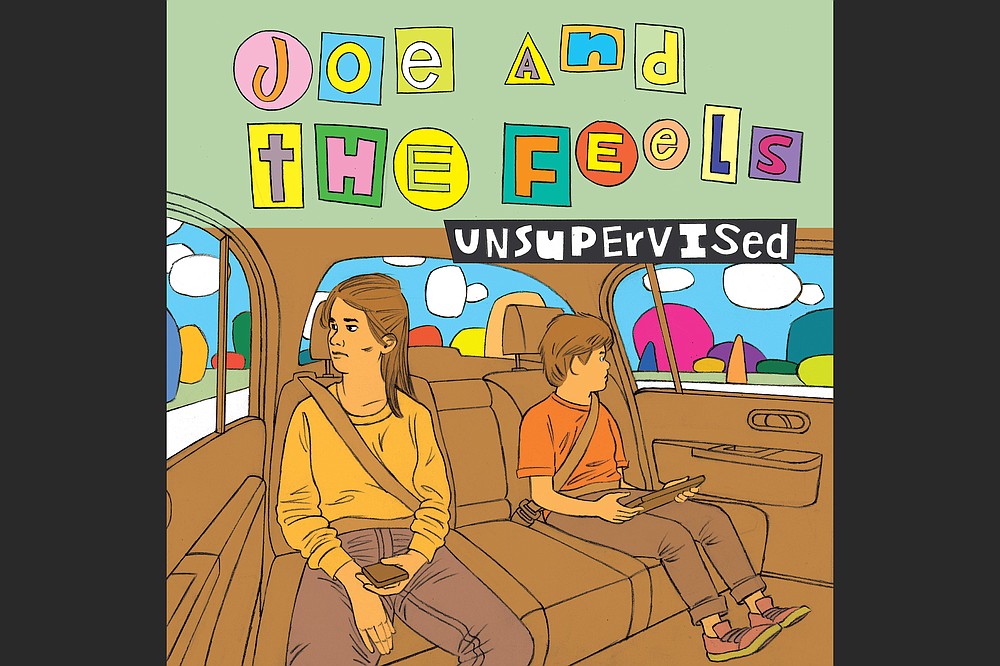 “Unsupervised,” Joe and the Feels (Special to the Democrat-Gazette/Out of the Past Music)

"Everyone who has heard recordings from this record talks about how tight we are and how they can feel this vibe," Hoffpauir says. "It extends beyond music. There is a real connection."

Rounding out the band for a few tracks on "Unsupervised" are Marc Franklin on trumpet and Kirk Smothers on saxophone. Claire Holley's vocals are an excellent touch to "Our Story," the album's penultimate song.

Yoder's compositions were the driving force for getting the group together, Hoffpauir says.

"It's easy to connect with them. [I wanted to put] a band together that would make them interesting, and I think we succeeded."

"Each of these songs are a section of my life," Yoder says. "I had a lot of different songs because I'd been writing for three years without an outlet. We would jam on them and form them into our own thing."

"Concrete Sofas" is about being on tour with The See and sleeping on couches.

"I was a young, 20-ish guy playing in a band and going on Midwest tours. Sleeping on 'concrete sofas' was a pretty regular thing that I'd get used to. It's about that whole time in my life as a young guy just trying to figure out who I was."

It's something Hoffpauir could relate to from his days on tour in the '90s with Ho-Hum.

"You'd be literally sleeping on apartment floors in the middle of parties at 3 or 4 in the morning after the gig."

On the final two tracks — the tender "Our Story," whose last note fades elegantly into "The Bear and the Wolf" — Yoder sings about his wife, pediatrician Dr. Liza Murray, and their daughters, Bridget, 5 and Emily, 1.

'"The Bear and the Wolf' is about me watching my daughters grow up in the short amount of time I've been a father. 'Our Story' is about me and my wife."

The pandemic put a pause on the album proceedings, which gave Yoder time to think more about "Our Story."

"I told Dave that it needed to be a duet," he says.

The well-connected Hoffpauir got in touch with Holley, a Mississippi native who now lives in Los Angeles.

"She sent us the takes and it was exactly what that song needed," Yoder says.

Having a creative outlet, especially for a group of health care workers, became a sort of coping mechanism during the pandemic.

"We would talk about how, being in that room with our friends and going to that sort of special place ... to share this other language with, it re-energizes you," Yoder says.

"Through the pandemic, there is compassion fatigue like you wouldn't believe," Hoffpauir says. "You've got to have some kind of an outlet. We are always talking to our patients about outlets, and this is us practicing what we preach."

The last time the band got to preach before a crowd was at White Water Tavern in Little Rock a few days before the pandemic shut down live shows.

With vaccinations available and venues slowly opening back up, the group is eager to hit the boards.

"I always wanted to be a rock star," Yoder says as Hoffpauir chuckles. "We are going to try to figure something out. The desire to play live music is where all this starts. We have to get back there somehow."