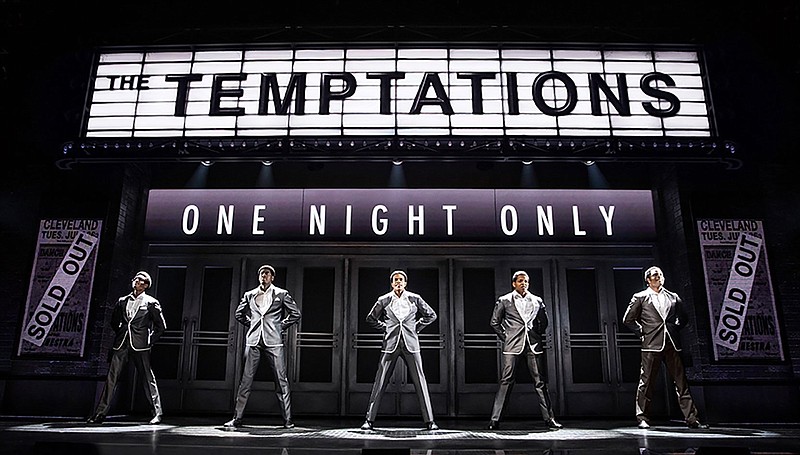 WASHINGTON — Theater is coming back to the Kennedy Center — with a vengeance. With masks on and fingers crossed, the performing arts center will begin Oct. 13 rolling out musicals and plays at a pace breathtaking even in far healthier times.

Twelve Broadway musicals, including Tony winners "Hadestown," "Hamilton," "The Band's Visit" and "Dear Evan Hansen," are planned for the arts center's halls between October and August 2022. Two major plays, too: the Washington debut of Aaron Sorkin's adaptation of "To Kill a Mockingbird" and, from London's Old Vic Theatre, "A Monster Calls." A whopping 86 weeks of theater offerings will be staged during the 2021-2022 season — an agenda built on a presumption of inviting full-capacity ticket-buying audiences, with no requirement for social distancing.

If the robust roster sounds as if someone at the Kennedy Center is dreaming, well, many a starved (and covid 19-immunized) theatergoer is liable to think: Dream away.

"This is looking into the future and believing that more and more of the country is vaccinated so that herd immunity is developed," said Kennedy Center President Deborah Rutter. "But we're not going to do anything that isn't safe. ... And we'll see how people respond."

The first indicator of that response — and perhaps a better measure than any telephone survey — will be how busy the box office computers are when season subscriptions go on sale Tuesday at noon. Revealing its plan well ahead of any Broadway announcement, the Kennedy Center will have producers and artistic directors across the nation watching hopefully, too, for early signs of a resurgence of consumer confidence.

This year, with coronavirus cases and fatalities still mounting in parts of the country, the mere act of detailing plans for large-scale live offerings feels radically counterintuitive, especially since it calls for increasing so quickly to full capacity. Rutter and Jeffrey Finn, the arts center's vice president and executive producer of theater, acknowledged the boldness of their strategy but maintained it was time to say, in Rutter's phrasing, "Let's move this forward."

The densely packed theater calendar includes six touring plays and musicals in the summer of 2022, roughly twice the institution's normal theatrical bookings for the period. Part of what makes it possible, Rutter and Finn said, are openings in the calendar as a result of delays in other traditional programming, such as visits by international ballet troupes, "and because the (Washington National) Opera will eventually unfold what its season is going to be, but it was delaying as well," Rutter added.

The march of the musicals begins with "Hadestown" Oct. 13-31 in the Opera House. It continues in that space with "Ain't Too Proud: The Life and Times of the Temptations" (Dec. 14-Jan. 16) and "Beautiful: The Carole King Musical" (Dec. 14-Jan. 2) in the Eisenhower Theater.

Many of the tours are repeat visits, including "The Band's Visit" (July 5-July 17, 2022) and "Dear Evan Hansen" (Aug. 31-Sept. 25, 2022). And that blockbuster that delivers a ticket sale mother lode, "Hamilton," comes again to the Opera House on July 12, 2022, and sits down there until Oct. 2, 2022. That's the longest stay of any theater entry, with the exception of that Methuselah of plays, "Shear Madness," which returns to the Theater Lab on Oct. 5 this year and may run through the next Ice Age.

The big plays both arrive next spring: "A Monster Calls," adapted from Patrick Ness' young adult novel, plays May 25-June 12, 2022, in the Eisenhower, and "Mockingbird" June 21-July 10 in the Opera House. Around that time, too, will be two popular interactive comedic pieces, "Freestyle Love Supreme" (May 10-15) and "Blue Man Group" (July 19-31).

The popular Broadway Center Stage series, which produces three weekend-long concert-style revivals each season of musicals of various vintages, will also continue, Finn said, with dates and titles still in the works.

The arts center has already unveiled a year-long multidisciplinary celebration of the 50th anniversary of its 1971 opening, including a September 2022 revival of Leonard Bernstein's seminal "Mass," the production that christened the institution. And partnering with theater companies in New York, Chicago and Los Angeles, it has announced commissions for plays by Ike Holter, Molly Smith Metzler, Marco Ramirez, Martyna Majok and the team of Hansol Jung and Brian Quijada.

The aggressive programming approach outlined by Rutter and Finn for 2021-2o22 mirrors patterns in countries such as Australia and South Korea, where the pandemic's effects have been negligible compared to the United States. Unions such as Actors' Equity will have to be on board, as will officials in the District of Columbia, where Mayor Muriel Bowser is allowing a cap of 25% capacity, up to 500 people, in theaters and other indoor spaces beginning May 1.