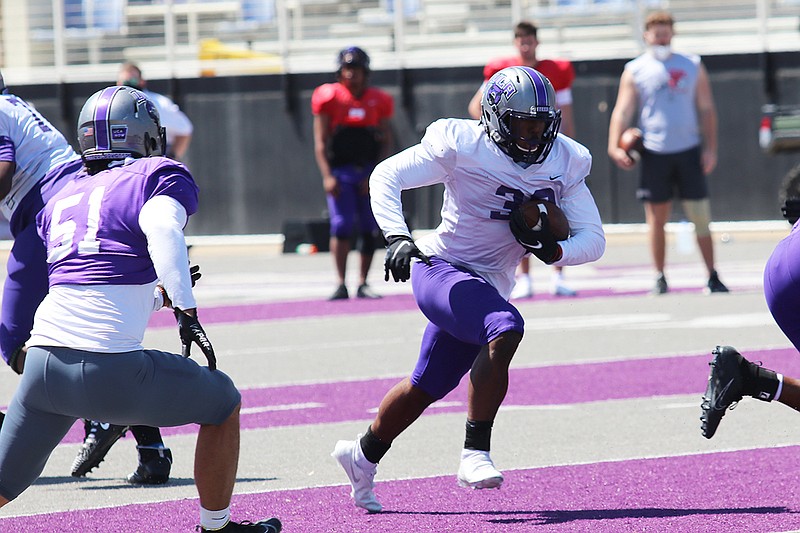 Darius Hale, an early enrollee from Pearland, Texas, is already making an impression in the UCA backfield this spring. (Photo courtesy University of Central Arkansas)

CONWAY -- Outside of football, there are few things Darius Hale enjoys more than fishing.

Back home in Pearland, Texas, he isn't far from Galveston Bay, and it's only a few minutes further to the Gulf of Mexico.

But Hale concedes his Houston suburb is "not woods and country and lakes."

So whenever Hale and fellow University of Central Arkansas freshman and early enrollee Tyler Gee -- another fisherman -- have time off from class and practice, you don't have to look many places to find them if they aren't in the apartment across from Estes Stadium.

Unless they're duck hunting, something Gee introduced to Hale a few weeks back.

"It was pretty cool," Hale said.

What's cool if you're UCA Coach Nathan Brown is having a pair of first-year players who, in just a few short months, have shown themselves more than capable of battling with college veterans.

Gee, a quarterback from Cabot, is in the mix for the No. 2 spot.

Hale, a running back, looks to be on track to share backfield duties with junior Cameron Myers.

With the Bears wrapping up their final days of spring practice, Brown hopes these two bright starts foreshadow what is to come once UCA's full freshman class arrives on campus.

In the short term, Hale is the likelier of the two to have an on-field impact.

Although running back tends to be one of the easier positions to adapt to from high school to college, Brown said Hale looks like "he's been here a couple years because he's so smart."

He envisions Hale as a true three-down back.

Gee will have more time to learn.

Returning starter Breylin Smith, back for his sixth season with the Bears, will undoubtedly be the quarterback -- barring injury -- when UCA kicks off its 2021 season at Arkansas State University.

But it's a wide-open competition for the backup spot. Gee, redshirt sophomore Darius Bowers and senior Luke Hales all got reps during Saturday's situational scrimmage, and they'll continue to duke it out during the summer.

As a result, Brown has challenged his young signal-caller, albeit with caution.

"He's a young guy," Brown said of Gee. "You don't want to wear him down, you don't want to put too much on his plate at too early a stage in his career ... [but] he hasn't batted an eye.

"I'm thinking about my senior year of high school -- I was getting ready for prom and he's getting ready for a Division I scrimmage. He has an unbelievable 'it' factor, and people gravitate toward him. Even the older guys, you'll catch [them] asking him questions because he's a quarterback."

The two freshmen live together, and they're still adjusting to college life just a few months into their first semester.

Gee said he had to get a calendar instead of just keeping track of classes and practices in his head. Hale said sometimes he doesn't know what to do when he finishes his homework.

The same can be said when it comes to figuring things out football-wise.

The rest of the Bears' 20-man recruiting class will be in Conway come June, and thanks to one of their soon-to-be teammates, the pressure will be on.

"I've been talking us up to the upperclassmen that our class is better," Hale said with a smile. "I want to have the best class here." 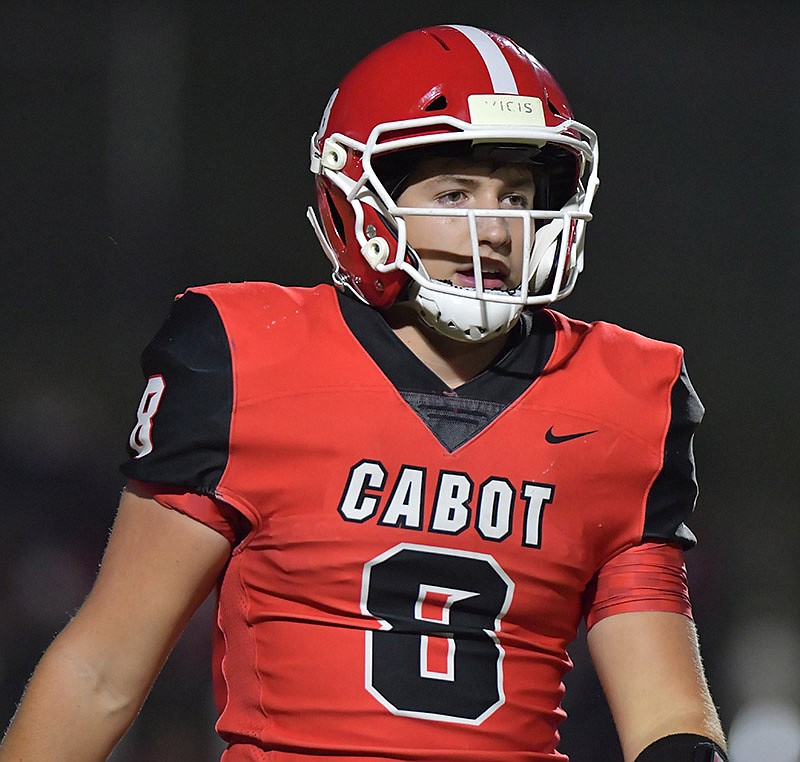 Tyler Gee is shown in this file photo. (Special to the Democrat-Gazette/JIMMY JONES)
ADVERTISEMENT