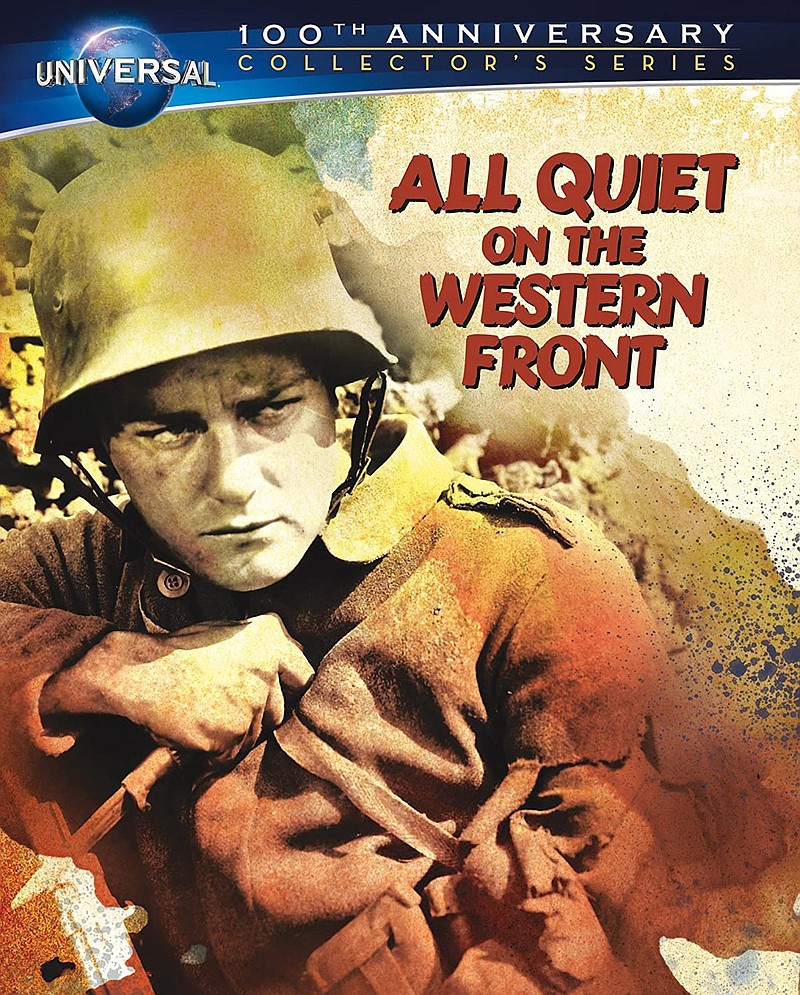 All Quiet on the Western Front

It has become a cliche to say that every worthy war movie is actually an anti-war movie. Lewis Milestone's gritty and ambitious "All Quiet on the Western Front" (1930) was not the first epic war picture -- King Vidor's silent "The Big Parade" from 1925 was an important precursor -- and it may not have been the first film to argue that the reality of armed conflict is a gruesome and impersonal slog through blood and iron, but it remains a powerful cinematic touchstone that can be thoroughly appreciated by contemporary audiences. If it's not the best anti-war movie ever made, it's certainly the most influential one.

A relatively faithful translation of Erich Maria Remarque's classic novel of young Germany in the Great War, the film won the 1930 Best Picture Oscar for producer Carl Laemmle Jr., and Milestone won an Academy Award for directing. It also was nominated for best cinematography and best writing achievement.

On the film's release, New York Times critic Mordaunt Hall cited the film's realistic battle scenes, writing that they were "of such excellence that if they were not audible one might believe they were actual motion pictures of activities behind the lines, in the trenches and in No Man's Land." A sense of verisimilitude still attaches to the film, though modern moviegoers will likely notice a staginess to the performances. This can in part be attributed to the fact that talkies had only been around a couple of years at the time the movie was made (a silent version was also produced and distributed because not every theater had adopted the new technology) and actors were still applying stage techniques to movie work; they hadn't yet grasped the camera's ability to perceive nuance.

So it hardly seems surprising that some of the film's most powerful moments are silent ones, such as the framing scenes of soldiers marching away from the camera toward the front, looking back over their shoulders, their faces registering various degrees of confusion, anxiety and resignation to their fate.

Remarque's book -- its German title translates literally as "Nothing New on the Western Front," and the more poetic English title was supplied by the translator -- is largely autobiographical, based on his experience as a German foot soldier in the trenches. The protagonist's name, Paul, was originally Remarque's middle name; he adopted his mother's name, Maria, after her death. When it was published in 1929, it quickly became the best-selling novel of the 20th century (though a complete English translation of the book was not available until 1975).

Written in a clear, unfussy style that suggested Remarque's background as an advertising copywriter, it found nothing glorious or natural about the mechanized slaughter of young men. The chief villain of the piece is Kantorek, a jingoistic teacher who's enthusiastic about his charges' impending opportunity to die for their country.

"You are the life of the Fatherland, you boys -- you are the iron men of Germany," he says. "You are the gay heroes who will repulse the enemy when you are called to do so. It is not for me to suggest that any of you should stand up and offer to defend his country. But I wonder if such a thing is going through your heads?"

He wraps up his call to arms by telling them how "sweet and fitting it is to die for the Fatherland. Now our country calls. The Fatherland needs leaders. Personal ambition must be thrown aside in the one great sacrifice for our country. Here is a glorious beginning to your lives. The field of honor calls you."

No wonder the film was denounced by Joseph Goebbels, Hitler's future propaganda minister, who publicly burned Remarque's novel. (Ironically, a pristine copy of the film from Goebbels' private collection was used in an earlier restoration.) At its Berlin premiere in December 1930, mice and sneezing powder were released in the theater. (The film was almost immediately banned in Germany, but Swiss cinemas just across the border organized buses and trains to take German citizens to see it.) A Nazi newspaper called it "a Jewish lie."

Germany wasn't the only power upset by the movie; though it wasn't banned in France, there were protests over its depiction of French women of easy virtue. It was banned in Italy, Austria, Bulgaria, Yugoslavia and New Zealand. It showed in Poland with a truncated ending.

Remarque would leave Germany when the Nazis took power; they would later murder his younger sister for her anti-fascist activities. As a refugee in Paris, he would conduct an affair with Marlene Dietrich (which provided material for his 1946 roman à clef "Arch of Triumph," which Milestone filmed in 1948), and he eventually married Paulette Goddard.

Lew Ayres, who played Remarque's alter ego in "All Quiet on the Western Front," parlayed his big break into matinee idol status as he starred as the title character in "Young Doctor Kildare" (1938) and its subsequent sequels. During WWII he famously became a conscientious objector, saying his role in "All Quiet" had profoundly affected him. His stance eventually led to a change in the rules, which allowed him to serve as a medic in the South Pacific and as a chaplain's aid in New Guinea and the Philippines.

"All Quiet on the Western Front" is a bitter indictment of the insulated powers that induce naive young men to kill one another. As the character Paul says at one point, "You still think it's beautiful to die for your country. The first bombardment taught us better. When it comes to dying for country, it's better not to die at all."

While "All Quiet on the Western Front" has been available in some form since its release, the quality of the prints available was iffy until 2006, when the Library of Congress undertook an exhaustive restoration, that included digital remastering. Universal has since released several Blu-ray editions of the film, the most recent in 2018.

For this column we relied on the still-widely-available 2012 "100th Anniversary Collector's Series" set (issued by Universal in celebration of the studio's centennial) which includes the film on Blu-ray and regular DVD, a 48-page souvenir book yields colorful original items and correspondence, not merely photos and publicity copy. The original silent film is also included.