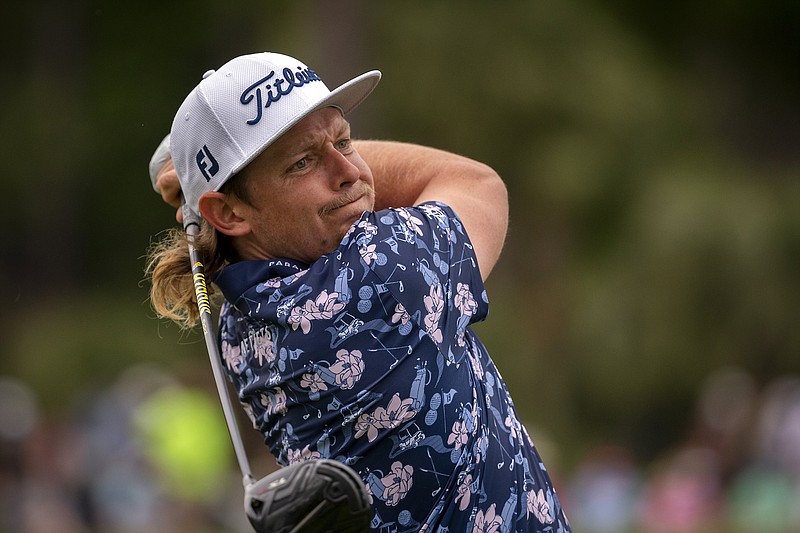 Cameron Smith, of Australia, watches his drive off the 10th tee during the first round of the RBC Heritage golf tournament in Hilton Head Island, S.C., Thursday, April 15, 2021. (AP Photo/Stephen B. Morton)

Cameron Smith birdied the difficult 17th and 18th holes at Harbour Town to shoot a 9-under 62, his career low on the PGA Tour, and take a one-shot lead over Stewart Cink at the RBC Heritage on Thursday in Hilton Head Island, S.C. Cink finished his 63 around lunchtime and no one appeared likely to beat that score in overcast, breezier afternoon conditions. Yet Smith played his best down the challenging stretch. The Australian chipped in for birdie on the par-3 17th, then stuck his approach to the lighthouse finishing hole within 5 feet to take the lead. Smith surpassed his previous low of 63, accomplished three times on tour. Austin Cook (Jonesboro, Arkansas Razorbacks) is tied for eighth at 4-under 67. Andrew Landry (Razorbacks) finished with a 1-under 70.

Yuka Saso fired a 8-under 64 for the second day in a row and leads the LPGA's Lotte Championship in Kapolei, Hawaii, by two strokes over Lydia Ko. Saso stands at 16-under for the tournament while Ko is at 14-under. Stacy Lewis (Razorbacks) shot a 70 on Thursday and is tied for 16th place with a 8-under 136. Maria Fassi (Razorbacks) turned in a 1-over 73 on Thursday and is in a tie for 102nd place. Alana Uriell (Razorbacks) is at 4-over for the tournament.

Arenado to get extra $15M

Nolan Arenado's contract was amended when the All-Star third baseman was traded to the Cardinals by the Colorado Rockies, adding a $15 million salary for 2027 to leave him owed $214 million over seven seasons by St. Louis. As part of the amended contract, $50 million of that $214 million will be deferred and payable through 2041, according to details obtained by The Associated Press. Colorado would pay St. Louis $51 million, if Arenado decides to keep his entire contract and not opt out early. Arenado had been set to be paid $199 million over the remaining six seasons of a $260 million, eight-year contract he signed with the Rockies: $35 million annually from 2021-24, $32 million in 2025 and $27 million in 2026. As part of the amendment reached when Arenado agreed to the Feb. 1 trade, a $15 million salary was added for 2027, when he turns 36.

Chicago Cubs pitcher Ryan Tepera was suspended for three games on Thursday by Major League Baseball, which concluded he intentionally threw at Milwaukee's Brandon Woodruff this week. Tepera appealed the penalty handed down by MLB senior vice president for on-field operations Michael Hill. Tepera, who also was fined, will not have to serve any discipline while the appeal is pending before MLB special adviser John McHale Jr. Cubs Manager David Ross was suspended for one game and fined because of Tepera's actions. Managers immediately serve discipline, and Ross will sit out the Cubs' series opener against Atlanta today.

The NCAA hit Southern California's men's program with two years' probation and a $5,000 fine on Thursday because a former assistant coach violated NCAA ethical conduct rules when he accepted a bribe to steer players to a business management company. The Division I Committee on Infractions announced the penalties, which include a 1% loss of the school's basketball budget. The probation, which does not include a postseason ban, runs until April 14, 2023. Tony Bland, the former associate head coach under Coach Andy Enfield, wasn't mentioned by name in the NCAA report. He was fired by the school in January 2018 and later pleaded guilty to conspiracy to commit bribery.

LSU freshman Cameron Thomas, whose 23 points per game led the Tigers in scoring, announced Thursday that he is declaring for the NBA Draft and intends to sign with an agent. The 6-4 guard from Chesapeake, Va., led all Division 1 freshmen in scoring last season while helping LSU advance to the finals of the SEC Tournament and the second round of the NCAA Tournament. Thomas scored 27 points in a victory over St. Bonaventure and 30 points in a loss to Michigan in his two NCAA Tournament games.

Top-ranked Novak Djokovic lost 6-4, 7-5 to Dan Evans on Thursday in the third round of the Monte Carlo Masters in Monaco for his first defeat of the year. No. 3 Rafael Nadal had no such problems, breezing past Grigor Dimitrov 6-1, 6-1 to reach the quarterfinals of a tournament he has won a record 11 times. It was an unusually sloppy performance from Djokovic, the Australian Open champion who has 82 career titles compared to one for his unseeded British opponent. Having won in Melbourne for his 18th major title, Djokovic was 10-0 in 2021 coming into the match. But he faced pressure from the outset as he trailed 3-0 in the first set. 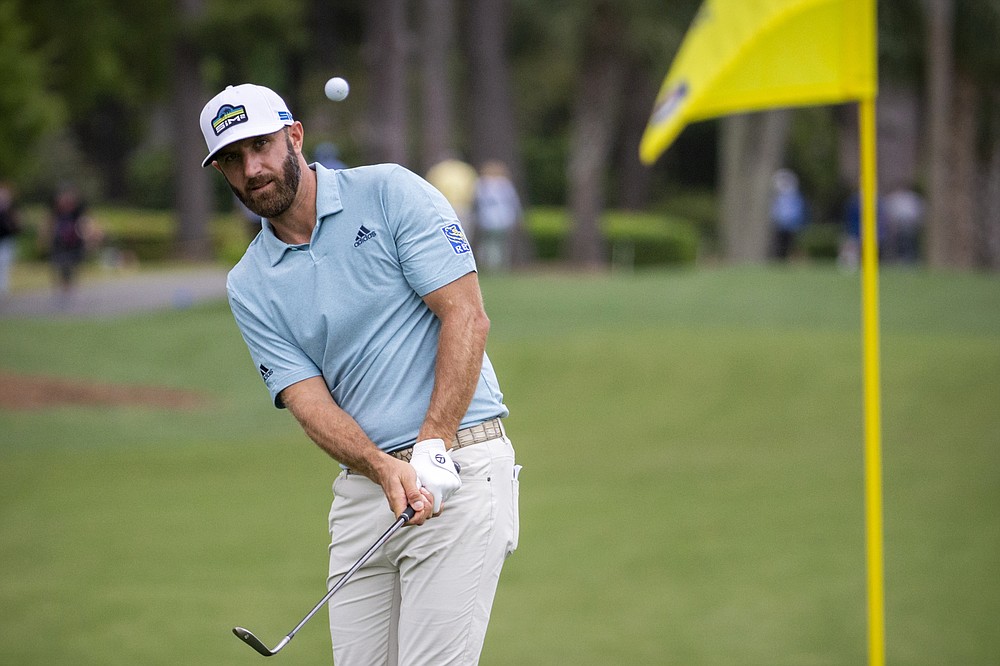 Dustin Johnson hits to the ninth green during the first round of the RBC Heritage golf tournament in Hilton Head Island, S.C., Thursday, April 15, 2021. (AP Photo/Stephen B. Morton) 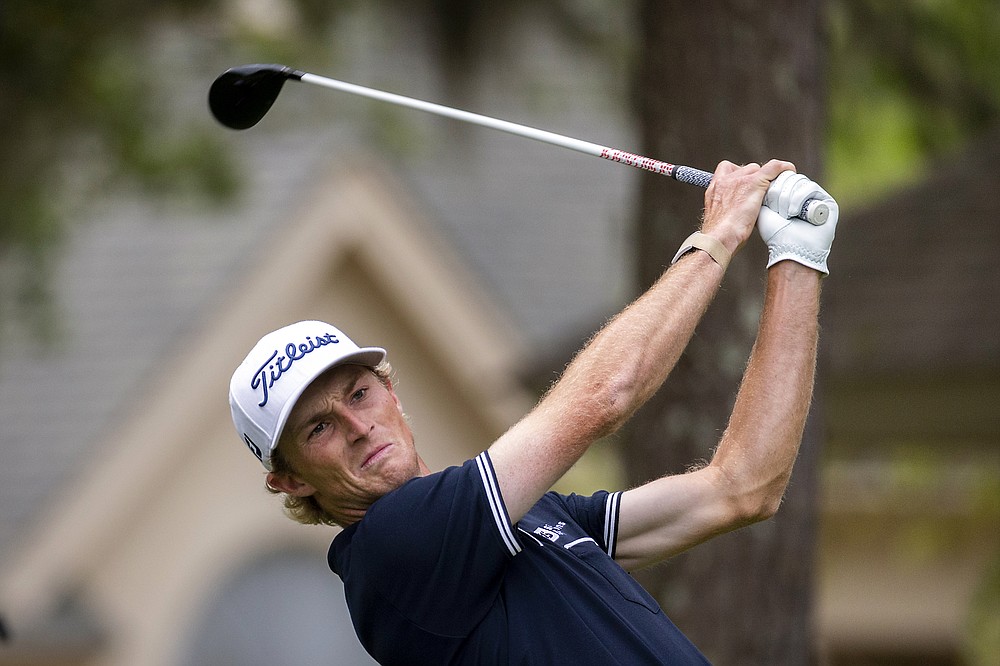 Will Zalatoris watches his drive down the eighth fairway during the first round of the RBC Heritage golf tournament in Hilton Head Island, S.C., Thursday, April 15, 2021. (AP Photo/Stephen B. Morton) 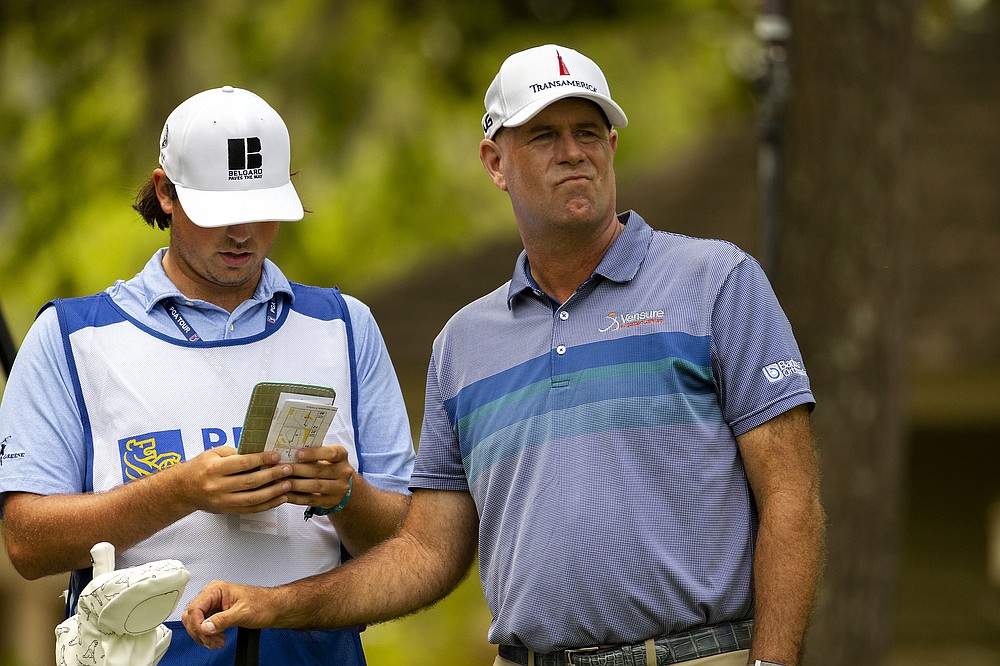 Stewart Cink looks down the eighth fairway before he tees off during the first round of the RBC Heritage golf tournament in Hilton Head Island, S.C., Thursday, April 15, 2021. (AP Photo/Stephen B. Morton) 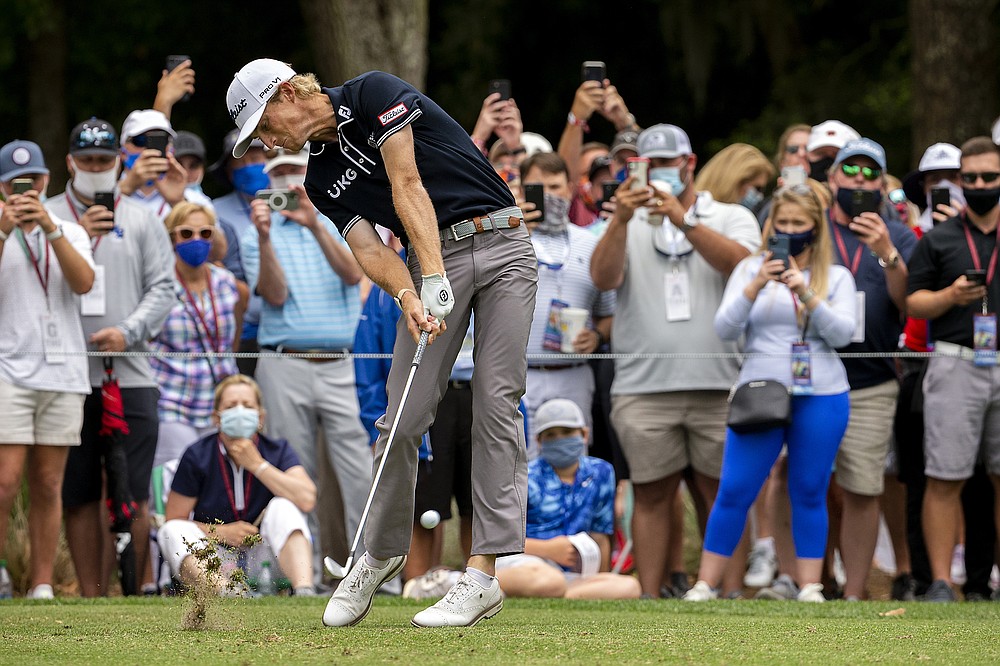 Will Zalatoris hits from the ninth tee during the first round of the RBC Heritage golf tournament in Hilton Head Island, S.C., Thursday, April 15, 2021. (AP Photo/Stephen B. Morton) 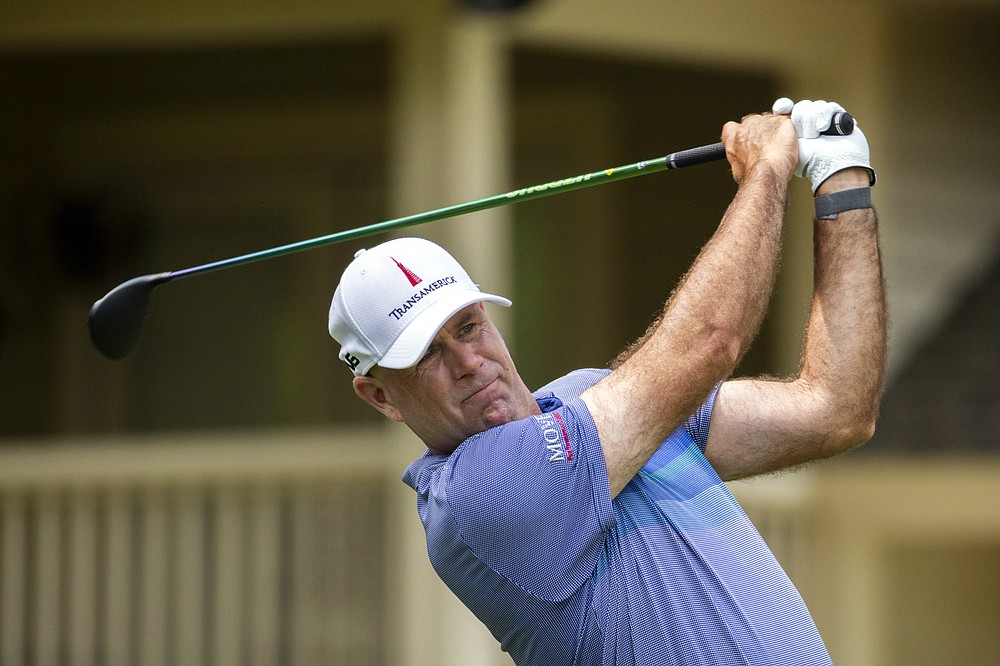 Stewart Cink watches his drive down the eighth fairway during the first round of the RBC Heritage golf tournament in Hilton Head Island, S.C., Thursday, April 15, 2021. (AP Photo/Stephen B. Morton)
ADVERTISEMENT