A look at what didn't happen this week 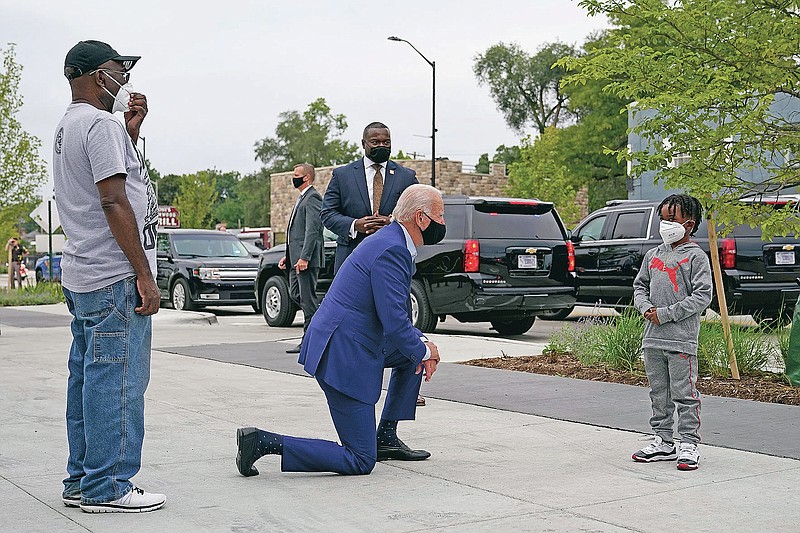 THE FACTS: The young boy in the photo with Biden is not George Floyd's son.

Social media users shared the falsely identified photo during the murder trial this week of the Minnesota police officer charged with killing Floyd last May.

In fact, the photo was taken Sept. 9, 2020, and shows Biden in Detroit with a boy named C.J. Brown. His father, Clement Brown Jr., owns Three Thirteen, a clothing store in the city.

That photo also shows the boy's grandfather, Clement Brown. Biden reportedly went to the store to shop for his grandchildren. He was campaigning in Michigan at the time.

Chauvin, 45, a white officer, is charged with murder and manslaughter in Floyd's death on May 25.

THE FACTS: George Floyd, who died while being handcuffed and pinned to the ground by former Minneapolis police officer Derek Chauvin, doesn't have a younger brother named Dejywan.

"Why isn't this on the NEWS Channels? George Floyd's younger brother, Dejywan Floyd, has been arrested in North Carolina for a 'road rage' shooting of a white couple, killing the mother of six sitting in the passenger seat," a Facebook post circulating on Monday falsely stated.

The Associated Press reported April 1 that Dejywan Floyd, 29, a North Carolina man, was charged with first-degree murder in the March 25 fatal shooting of Julie Eberly, 47, of Manheim, Pa. Eberly and her husband were driving to the beach when Floyd allegedly fired multiple shots from his car into Eberly's car on Interstate 95, just north of Lumberton.

"We have no information at all to confirm this is true nor do we have reason to check into it as it's not related to our case," Wilkins said. "We have seen the rumor ourselves. The last name Floyd is very common in our county and surrounding area."

An obituary for George Floyd also makes no mention of a sibling named Dejywan.

The AP also reached out to Ben Crump and Antonio Romanucci, civil rights attorneys representing the Floyd family, but didn't receive a response from either.

Testimony ended Thursday in Chauvin's trial. He did not take the stand.

Chauvin, 45, who is white, is charged with murder and manslaughter. He is accused of pinning Floyd, a 46-year-old Black man, to the pavement for what prosecutors said was 9 minutes, 29 seconds. Floyd was arrested after being accused of trying to pass a counterfeit $20 bill at a convenience store.

Covid-19 vaccines are not called 'Luciferase'

THE CLAIM: Covid-19 vaccines are called Luciferase, have the patent number 060606 and come from a digital program called Inferno.

THE FACTS: A protein used in some covid-19 vaccine research is stirring up bogus conspiracy theories on social media as widespread posts claim the harmless enzyme luciferase has satanic associations.

"Are you going to get the shot called LUCIFERASE with a patent number 060606 and digital program called INFERNO????" read a viral post on Facebook. "The CV-19 VAXX has LUCIFERASE (Lucifer Race) DNA in it," an Instagram user wrote. "You will loose your salvation forever!!!"

The posts misrepresent the enzyme, which is responsible for bioluminescence in some organisms. Luciferase isn't an ingredient in any of the covid-19 vaccines. It's the generic term for a group of enzymes that trigger the oxidation of chemicals called luciferins, producing a visible glow.

In fact, the enzymes interacting with luciferins in fireflies is what makes them light up. While luciferase isn't found in covid-19 vaccines, the enzyme has been used in some covid-19 research, as its ability to release light can help scientists visually track how viruses and vaccines affect cells.

At the University of Texas Medical Branch at Galveston, luciferase has helped speed up diagnostic covid-19 testing, because it allows researchers to see the presence of antibodies more quickly than they could using other methods.

At the University of South Florida School of Public Health, luciferase helped researchers see how well a coronavirus proxy invaded cells, and which cells were most vulnerable.

In their attempts to cast luciferase as diabolical and anti-Christian, social media users also referenced a patent with the number 060606 and a "digital program called Inferno." There's no chance any U.S. patent for a covid-19 vaccine would exactly match the number 060606, because U.S. patent numbers have contained eight digits since the country issued its 10 millionth patent in 2018.

Some of the social media posts attempted to link the covid-19 vaccines to an international patent application filed with the World Intellectual Property Organization by Microsoft Technology Licensing. That patent has the number WO2020060606, which contains 060606.

But the application includes no mention of vaccines or injection, instead dealing with a cryptocurrency system that uses body activity data. What's more, the patent application was filed in June 2019, long before covid-19 began its global spread.

As for a digital program called Inferno, an internet search revealed no program related to covid-19 vaccines by that name.

Some social media users spreading false claims about the coronavirus mentioned an operating system called Inferno created in the 1990s by Lucent Technologies.

There's no basis for the claim that the operating system has anything to do with covid-19 immunizations.

FBI did not reply to Sky News tweet about Prince Andrew

THE CLAIM: When the British news outlet Sky News tweeted a video interview with Prince Andrew, the FBI responded with its own tweet, saying, "Ooh, is he doing interviews now?"

THE FACTS: The FBI did not send this tweet.

British composer Nick Harvey confirmed to The Associated Press he created the fake tweet as a joke.

An image containing the bogus tweet circulated after members of Britain's royal family reacted to the announcement Prince Philip, husband to Queen Elizabeth II, had died at 99.

On April 11, Sky News tweeted a video clip of an interview with Philip's son, Prince Andrew, in which he reflected on the queen's response to her husband's death.

A fabricated image circulating widely on social media on Monday appeared to show a screenshot of that tweet, along with a wry reply tweet from the FBI.

Twitter and Facebook users recognized it as a reference to Andrew's lack of cooperation with a probe into accused sex offender Jeffrey Epstein.

Several social media users shared the image of the false tweet with posts that read: "The FBI wins Twitter today."

A search on Twitter revealed the Sky News tweet was real, but the FBI response wasn't. It existed only as part of the manipulated image created by Harvey.

Harvey tweeted to claim ownership of the image, saying, "Of course the FBI would never actually tweet a reply like this, so I thought I'd mock it up for them instead."

THE CLAIM: A photo shows the Republican Florida Rep. Matt Gaetz as a senior in high school with a mullet hairstyle and a tuxedo.

THE FACTS: The image is not genuine. A reverse-image search revealed Gaetz's face was superimposed onto a different man's portrait, which has been circulating as a meme online for at least 11 years.

The viral image resembling Gaetz shows a young man in an apparent school portrait. He wears a tuxedo and a mullet hairstyle, with blond locks that are short and curly on top but long and straight on the sides.

Twitter and Facebook users shared the image this week with captions claiming it showed Gaetz as a high school senior.

The false image amassed thousands of likes and shares as Gaetz continued to face a House Ethics Committee probe and a federal investigation for sex trafficking allegations involving underage girls.

The original image has been circulating in internet memes as far back as 2010, with captions such as, "Business on top, party on the sides."

The version of the image featuring Gaetz's face has only circulated in recent days, as the accusations against Gaetz have appeared in media reports. A Gaetz representative with the PR firm Logan Circle Group sent The Associated Press a statement reiterating the lawmaker's denial of the allegations and confirming the image was fake. 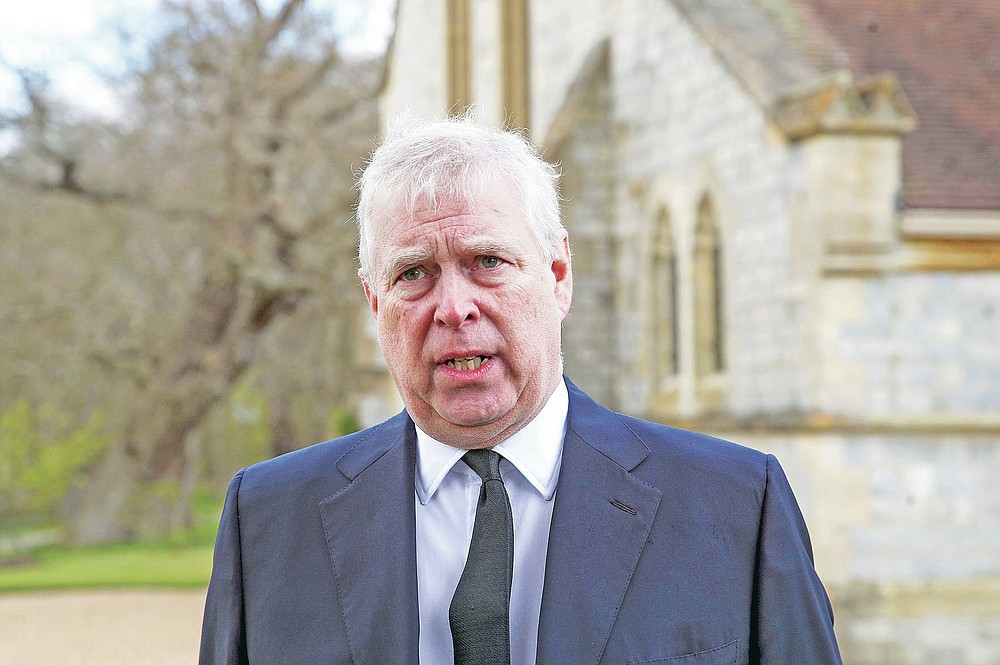 FILE - In this April 11, 2021 file photo, Britain's Prince Andrew speaks during a television interview at the Royal Chapel of All Saints at Royal Lodge, Windsor, following the announcement of Prince Philip death, in England. On Friday, April. 16, The Associated Press reported on stories circulating online incorrectly claiming that when the British news outlet Sky News tweeted a video interview with Prince Andrew, the FBI responded with its own tweet, saying, “Ooh, is he doing interviews now?” (Steve Parsons/Pool Photo via AP) 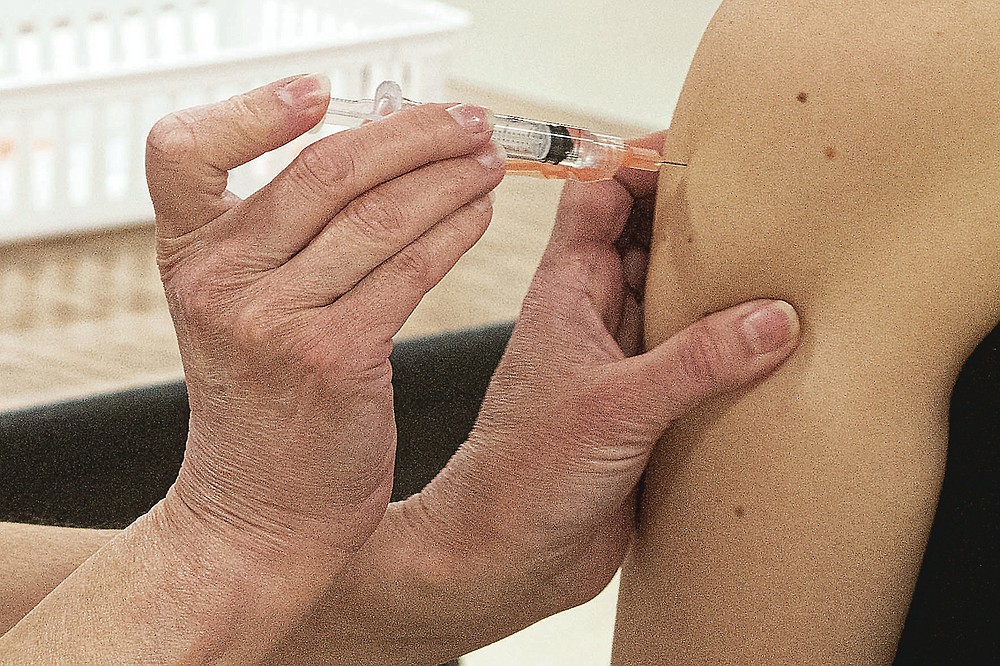 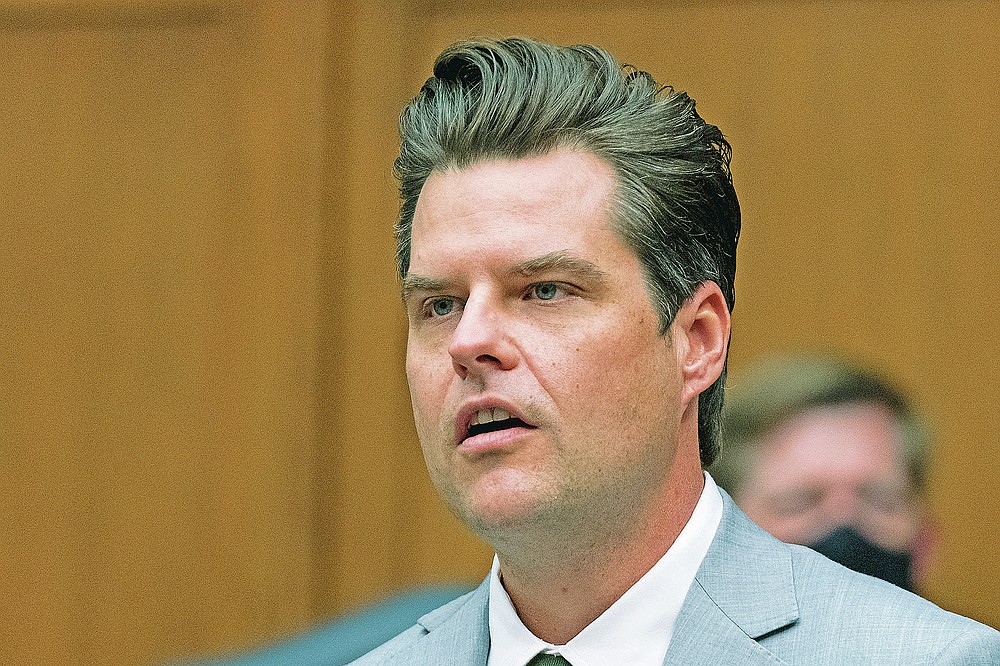 FILE - In this Wednesday, April 14, 2021 file photo, Rep. Matt Gaetz, R-Fla., questions witnesses during a House Armed Services Committee hearing on Capitol Hill, in Washington. On Friday, April 16 The Associated Press reported on stories circulating online incorrectly asserting that a photo showed Gaetz as a senior in high school with a mullet hairstyle and a tuxedo. The image is not genuine. A reverse-image search revealed Gaetz’s face was superimposed onto a different man’s portrait, which has been circulating as a meme online for at least 11 years. (AP Photo/Manuel Balce Ceneta, File)
More News

Editor’s Note: This is a roundup of some of the most popular but completely untrue stories and visuals of the week. None of these are legit, even though they were shared widely on social media. The Associated Press checked them out.