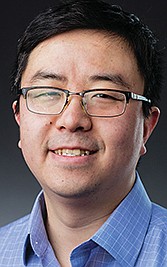 Michael X. Wang, an Arkansas Tech University assistant professor of English, has won a national literary honor for his collection of short stories about people in a fictional Chinese village.

Wang is the recipient of the 2021 PEN/Robert W. Bingham Prize for Debut Short Story Collection, an award that comes with $25,000 prize to help winners continue their writing. His book, "Further News of Defeat: Stories," was published last year by Autumn House Press.

The PEN America Literary Awards annually honor "outstanding voices in literature," according to the website for the New York nonprofit organization.

"I think my goal as a Chinese-American writer is separating the politics of the country from the people," Wang said at the awards ceremony earlier this year held as an online event.

More than half of the Chinese population lives in rural areas, he said.

"But that side of the country is rarely explored in American news or literature, and I hope my fiction at least bridges that gap a little bit, so that we as Americans have a better idea of the Chinese people and not just the politics surrounding them," Wang said.