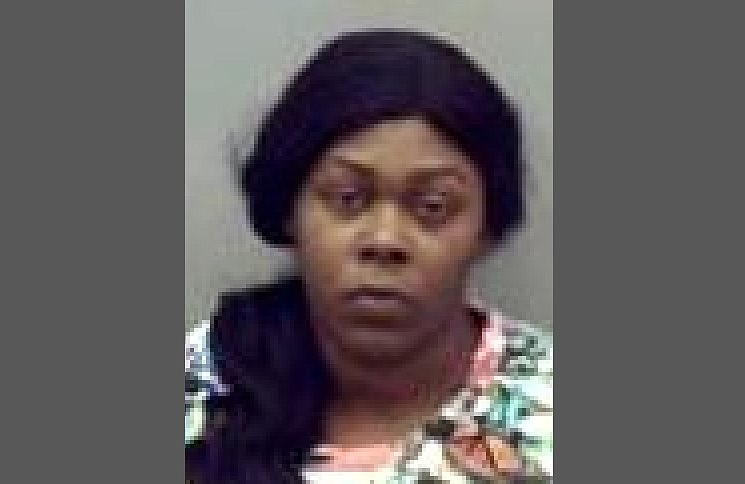 A Pine Bluff woman was arrested on suspicion of killing her 15-year-old son at their residence March 27 and was charged Friday with first-degree murder in Jefferson County District Court.

Gwendolyn Spencer, 34, was arrested on a warrant and booked into the Dub Brassell Detention Center just before 6 p.m. Thursday. She stood before District Judge John Kearney in an arraignment hearing Friday morning.

Police obtained a search warrant from Kearney for Spencer's residence at 1504 E. 42nd Ave. on the morning of March 27. Detective Chris Wieland wrote in an affidavit that officers located a spent Winchester 9-mm Luger shell casing in the laundry room, where Spencer reportedly told officers she found her son, identified as Dominic Pullum in the affidavit, collapsing.

Police did not identify Pullum in a news release of the incident, saying he was a minor.

Officers were dispatched to the residence at 3:46 a.m. and found the youth lying facedown in the carport, according to the affidavit. Pine Bluff Fire and Emergency Services and EASI arrived at the scene and advised officers of what appeared to be a gunshot wound in Pullum's back. His body was lifeless, the medical personnel advised officers.

Spencer reportedly told officers that the youth was her son and lived at her residence.

Spencer told officers she then sought help at a friend's home in the Dollarway section of town when she could not get help from the neighbor, Wieland wrote.

Wieland said he questioned Spencer at the Pine Bluff Police Department and said Spencer stated that she had just gotten home from her friend's house and "going to get her stuff so she can go to work." That's when Spencer stated that her son was in the "wash room," the affidavit says.

Asked about what time she left the residence March 26, Spencer replied "11:30 p.m. or midnight," according to the affidavit. She reportedly told Wieland her three sons, including Pullum, were all home at the time. The other two boys were asleep, she reportedly said.

Spencer told police that she returned home "around 1 or 2 in the morning," the affidavit said. Police reported reading Spencer her Miranda rights at 6:59 a.m.

Spencer told police that she "knew something was wrong" and called 911. "I guess someone had killed my son," she stated, according to Wieland.

The route Spencer reportedly told officers she took to the friend's home in Dollarway was Ohio Street to Harding Avenue to Olive Street to the Martha Mitchell Expressway. Wieland wrote that police informed Spencer that a handgun had been found at Martha Mitchell and Cherry Street, and Spencer said she wanted to hire a lawyer, concluding the interview.

An officer met a witness who reported that he was on his way home when he found a handgun in the middle of that intersection, the affidavit continued. The handgun, a silver Jimenez Arms 9mm handgun (JA 9) with black hand grips, was handed over to police.

Wieland said Arkansas State Crime Laboratory personnel advised him that the shell casing found inside the residence was a match to the handgun.

Spencer faces 10 to 40 years or life in prison on the murder charge, plus a 15-year enhancement to the sentence because a firearm was used. Her bond has been set at $500,000 secured. She asked the court to appoint an attorney after telling police during questioning that she would hire one.

Spencer was ordered to appear before Judge Alex Guynn in 11th West Circuit Court, but a date was not set.

Shortly after Kearney read the murder charge, Spencer pleaded guilty to a charge of failure to pay certain fines. Kearney ordered Spencer held in jail they are paid, although the reason for the fines was not immediately clear. She may still post bail on the murder charge.

This was not Spencer's first run-in with authorities involving her children.

In 2016, Irene Robinson, identified as Spencer's mother, sought to have Spencer involuntarily committed to a local health facility, alleging that "Gwendolyn was an unfit mother and is not making the best decisions."

In a letter dated April 21, 2016, Arkansas Children's Hospital sought on Robinson's behalf "To Whom It May Concern" to have Spencer's daughter, then almost 4, kept out of Spencer's residence upon release from the hospital. The little girl was admitted to the pediatric intensive care unit with a chest tube five days earlier suffering from "a large right-sided pneumonia."

"The home where [the girl] and her family lived prior to this illness has since been damaged in a fire with ongoing associated smoke/soot damage," according to the letter "Due to the severity of [the girl's] respiratory illness, she will not be able to return to that environment upon discharge from the hospital."

The letter was stamped by the Jefferson County clerk on May 17, 2016. The day before, Robinson filed a petition with the Arkansas Division of Behavioral Health Services to have Spencer involuntarily committed.

Robinson stated in the petition that Spencer appeared to respond to "internal stimuli," adding that Spencer would "be jerking" and her eyes would roll back in her head.

Robinson alleged that Spencer started a fire in the home "as retaliation" against her and Spencer's boyfriend, with whom she reportedly had a volatile relationship, the petition continued.

In September 2017, Spencer was accused of hitting a juvenile with her vehicle as the youth was walking east with four others on West 15th Avenue. The juvenile received minor injuries.

Jefferson County Prosecuting Attorney Kyle Hunter's office dropped all charges in October 2018, saying "the state has reviewed the evidence and statements in this matter and believes it would be in the best interests of justice to cease prosecution of this case at this time."

Spencer's arrest in the death of her son leaves two homicides in Pine Bluff for which a suspect has not yet been identified. Hunter said Friday that the Feb. 12 death of Larry Williams, 54, at 2820 S. Linden St. and the March 21 death of Tyler Rodgers, 30, at 111. W. Fifth St. are still under investigation.

Six homicides have occurred within the Pine Bluff city limits this year. One death that happened Wednesday on Caney Road is under investigation, and a suspect in that case was released at the prosecutor's request.