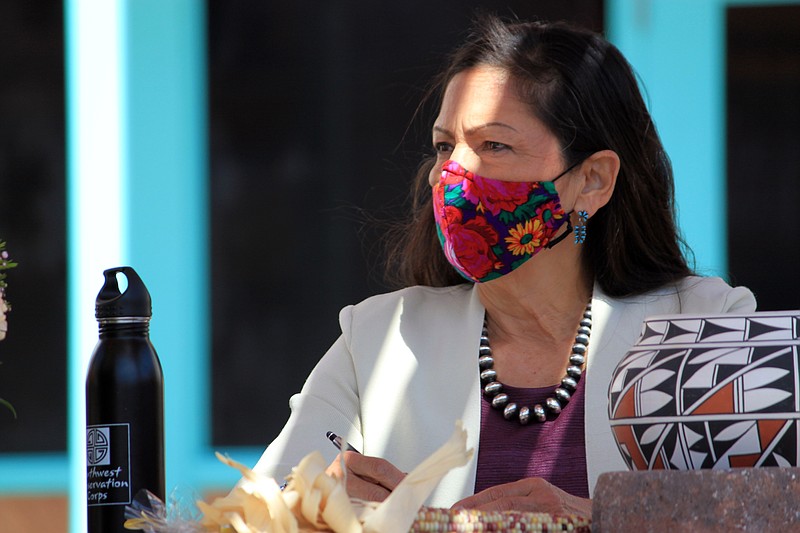 The moves are part of a governmentwide effort by the Biden administration to address climate change ahead of a virtual global summit on climate change that President Joe Biden is hosting next week.

"From day one, President Biden was clear that we must take a whole-of-government approach to tackle the climate crisis, strengthen the economy and address environmental justice," Haaland said in a statement. The new orders will "make our communities more resilient to climate change and ... help lead the transition to a clean energy economy," she added.

Haaland called the orders by her predecessors, Ryan Zinke and David Bernhardt, "inconsistent with the department's commitment to protect public health; conserve land, water, and wildlife; and elevate science."

Collectively, the previous orders "tilted the balance of public land and ocean management without regard for climate change, equity or community engagement," Haaland said.

The new orders do not affect Interior's ongoing review of proposals for oil, gas, coal and renewable energy development on public lands and waters, she said.

[Video not showing up above? Click here to watch » https://www.youtube.com/watch?v=dJXnfQHrxco]

Environmental groups heralded the orders and pledged to work with Haaland to ensure Interior Department decisions are guided by science and respect for Indigenous communities, wildlife, outdoor recreation and other uses.

One of the orders issued by Haaland cancels a 2017 action that revoked a moratorium on federal coal reserve sales that had been imposed under President Barack Obama to deal with climate change.

Agency spokeswoman Melissa Schwartz said Friday's move does not automatically resurrect the coal moratorium. "Today's announcement does not take any action on coal development. We are continuing to review an appropriate path going forward," she said.

The coal moratorium brought sharp backlash from Republicans, who said it was evidence of a "war on coal" by Obama and other Democrats. The moratorium had little practical effect, however, since interest among companies in leasing large tracts of federal land dried up as coal markets collapsed over the past decade amid competition with cheaper natural gas.

Information for this article was contributed by Matthew Brown of The Associated Press.