ASO's shows must go on, even with a pandemic 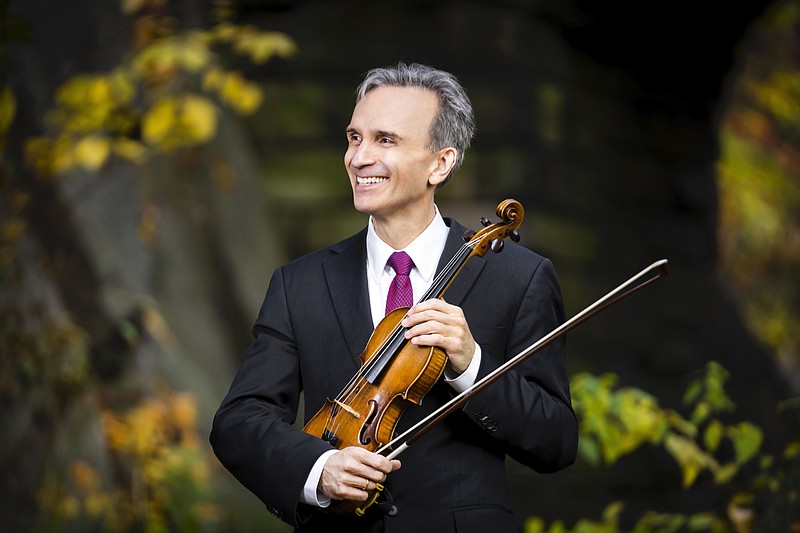 Violinist Gil Shaham makes his Arkansas debut, postponed from 2020, with the Arkansas Symphony playing the Samuel Barber "Violin Concerto" in April 2022. (Special to the Democrat-Gazette/Chris Lee)

As the Arkansas Symphony Orchestra announces plans to return to live performances for its 2021-22 season, the lineup looks very much like the 2020-21 season the covid-19 pandemic forced the orchestra to dismantle.

The orchestra said in September it was postponing its entire lineup of guest conductors and guest soloists into the following season. Thus, the six '21-'22 Masterworks concert pairs thus will feature all of the previously named soloists, plus a few additions that had not then been identified, and all five guest conductors.

Executive Director Christina Littlejohn confirms that some of those conductors — the orchestra is not naming which because of confidentiality issues — are still candidates for the ASO's music director position, vacant since the 2018-19 season after the departure of Philip Mann.

"These are the conductors our musicians wanted to see," she explains.

Some of the guest conductors on the podium during the 2019-20 season are also still under consideration, as is Geoffrey Robson, the orchestra's interim artistic director and conductor of its youth ensembles. Robson compiled the coming season and has tirelessly helped hold the orchestra together through the yearlong, pandemic-related rough patch, Littlejohn says. Putting the season together was considerably easier than it might otherwise have been, she adds, but "it was certainly the easiest season to budget — we already knew how much [the performances would] cost. I'm just thrilled that everybody was available." 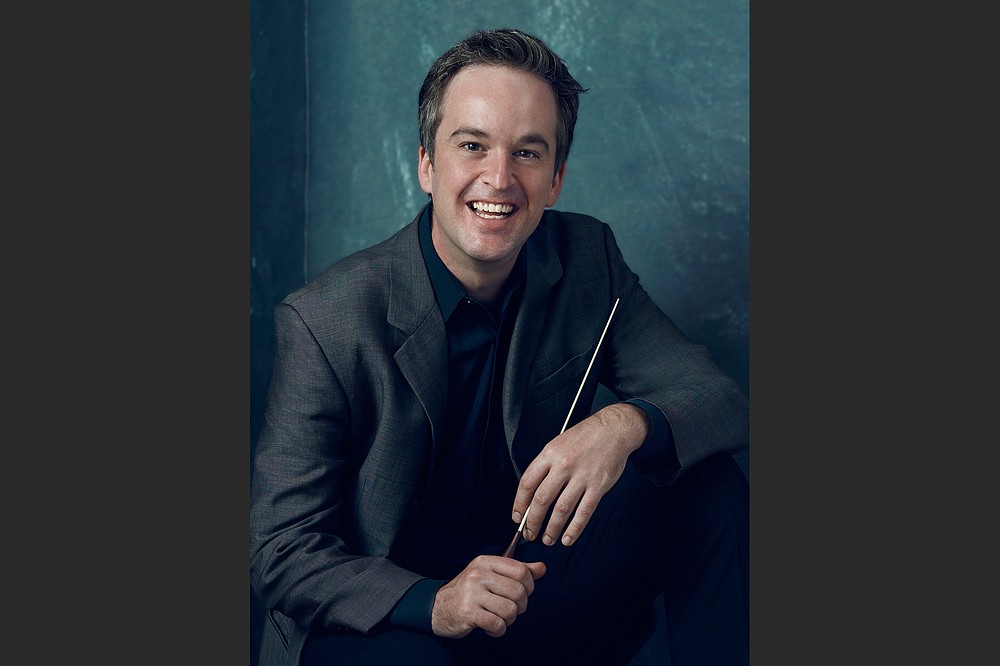 Geoffrey Robson, the Arkansas Symphony's interim artistic director, has put together the programming for the orchestra's 2021-22 season and will be on the podium for a Masterworks concert pair in April 2022. (Special to the Democrat-Gazette)

"I think it speaks a lot to the conditions the pandemic created," Robson says, recalling the excitement patrons originally expressed with the lineup and programming. "We're pleased how it turned out; even the small variations are exciting."

Those small variations include swapping one Beethoven overture for another on the "Beethoven & Blue Jeans" concert in November and the addition to the April 2022 program of the world premiere of a work, by Tania Leon, for which the orchestra is the lead commissioner under a grant from New Music USA's "Amplifying Voices" project. Sharing the commission: the National Symphony, Detroit Symphony, the Orlando Philharmonic and the Auburn (Wash.) Symphony.

"On one side, it looks like we just paused for a year, but it's really a tribute to all we accomplished in the past year," Robson says.

Littlejohn notes that as orchestras were canceling everything and furloughing personnel as a result of the pandemic, the Arkansas Symphony not only kept its head above water financially but kept its musicians and staff paid and busy. "Not your traditional busy," she admits.

"It was really important to the organization to keep the musicians and the full-time staff employed. I never had to tell anybody they'd have to take a pay cut or that they'd have to be furloughed."

Musicians provided innovative online midpandemic programming, including the "Bedtime With Bach" series, conceived and executed by Andrew Irvin, the orchestra's co-concertmaster. In the series, which started early in the pandemic as a nightly submission and has now returned on a once-a-week basis, orchestra members play — solo, in duets, in ensembles — often unexpected pieces in nontraditional genres, with heavy social media presence. It has not only kept local patrons engaged, Littlejohn says, but it has attracted 1.1 million impressions on Facebook from 30 countries.

Meanwhile, the orchestra converted its rehearsal space on the first floor of Morris Hall, at St. John's Catholic Center in Little Rock's Pulaski Heights, into a video recording studio, where they have taped performances by the orchestra's two in-house quartets and other programs. Littlejohn says Youth Orchestra members used the facilities to record college audition tapes.

The orchestra also translated its recording experience to other orchestra activities, including its annual Children's Concert, performance of Sergei Prokofiev's "Peter and the Wolf" and the "Winter" Concerto from Antonio Vivaldi's "The Four Seasons" from the Robinson Center Performance Hall stage to 15,000 students at more than 60 schools around the state — "far more kids than we would have reached" in a normal year, Littlejohn says, through two live performances, one in Little Rock and one in Hot Springs. 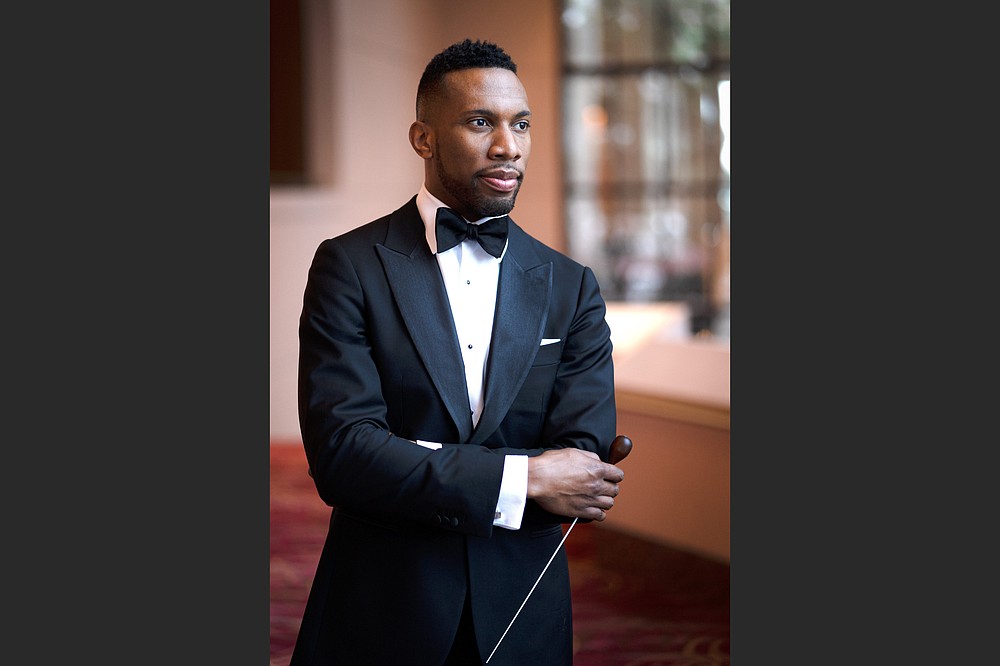 Roderick Cox, former associate conductor of the Minnesota Orchestra, will be the guest conductor for the orchestra’s annual “Beethoven & Blue Jeans” concerts in November. (Special to the Democrat-Gazette/Lawrence Brownlee)

"I'm elated by how astonishingly good our guest artists are," Robson says.

The biggest name remains internationally acclaimed violinist Gil Shaham, who will join the orchestra (with Robson on the podium) Feb. 26-27 at Little Rock's Robinson Center Performance Hall, making his Arkansas debut in Samuel Barber's "Violin Concerto". Also on the program: "Ethiopia's Shadow in America" by Arkansas-born composer Florence Price and the "Symphony No. 5" by Peter Ilich Tchaikovsky. 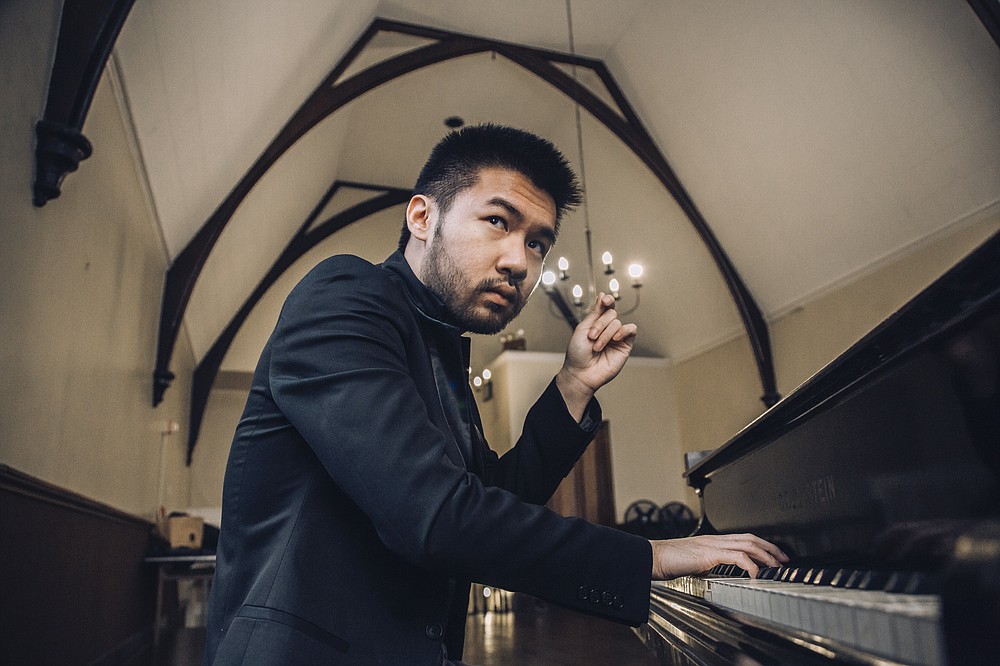 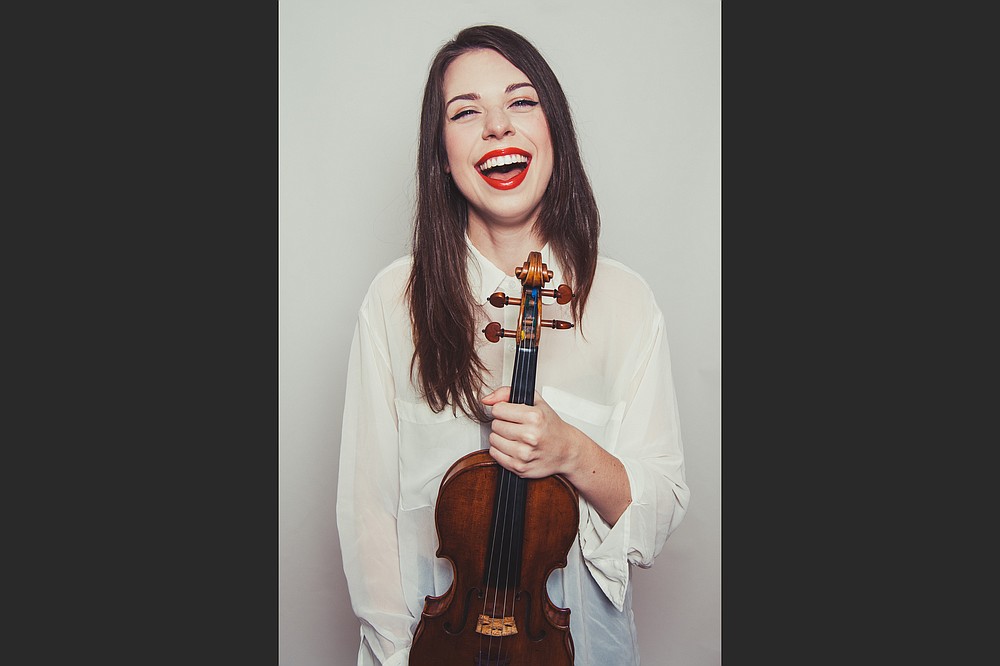 Violinist Tessa Lark plays Michael Torke’s Michael “Sky (Concerto for Violin & Orchestra)” for May Masterworks concerts and, as the orchestra's 2021-22 Richard Sheppard Arnold Artist of Distinction, will join orchestra members for a chamber concert the following week. (Special to the Democrat-Gazette)

◼️ May 14-15, 2022: Violinist Tessa Lark plays Michael Torke's "Sky (Concerto for Violin & Orchestra)"; the program also includes "Ozark Traveler" by Jeremy Crosmer, an alumnus of the Arkansas Youth Orchestra and the Arkansas Symphony and now a member of the Detroit Symphony's cello section, and the "Symphony No. 9," op. 95, "From the New World," by Antonin Dvorak. Guest conductor Matthew Kraemer is the music director and principal conductor of the Indianapolis Chamber Orchestra.

The pops concert lineup is also pretty close to the one originally announced for 2020-21. Arkansan Kris Allen, who won Season 8 of TV's "American Idol," will be the "headliner" on the orchestra's "Home for the Holidays" program, Dec. 17-19 at Robinson. Littlejohn notes that most folks don't know that before he hit the "big time," he was a violist in the Arkansas Symphony Youth Orchestra.

◼️ March 26-27, 2022: Pianist Joseph Joubert and stars from the recent Tony Award-winning Broadway productions of "Porgy and Bess" and "An American in Paris" perform for a program titled "Fascinating Gershwin."

The programming for the River Rhapsodies Chamber Music series has not been announced, but the dates have: Oct. 12, Nov. 9; Feb. 1, March 1, April 12, 2022, and May 17, all at the Clinton Presidential Center. Lark, next season's Richard Sheppard Arnold Artist of Distinction, will join orchestra members for the May 17 concert that Robson says is almost certainly going to include the "Octet" by Felix Mendelssohn.