I get a lot of plant pictures to identify. Sometimes it is an easy answer, but other times it can be difficult without seeing the plant in person. There are plants that look similar, or some I just don't know. 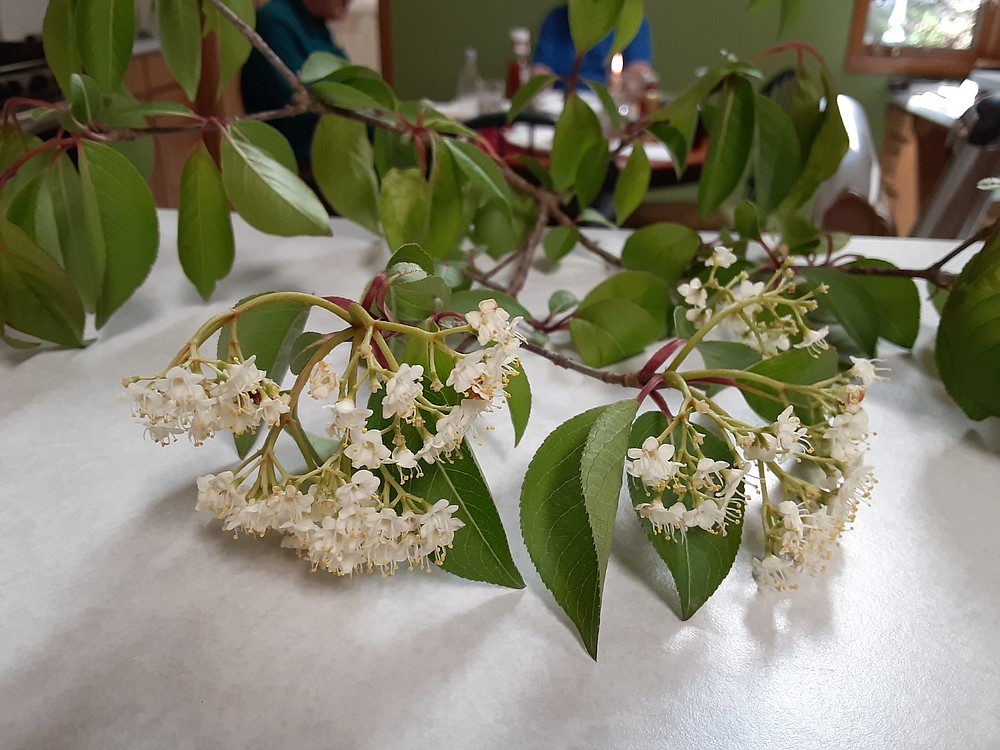 This first picture could have been one of two plants--many of you guessed sweet olive, but the flowers are much too large and in much too big of a cluster for that--plus they are all just beginning to grow back from the cold. The person who sent this picture said the plant was growing in a ditch outside her church. I do see photinia species escaping, and they are in bloom now. 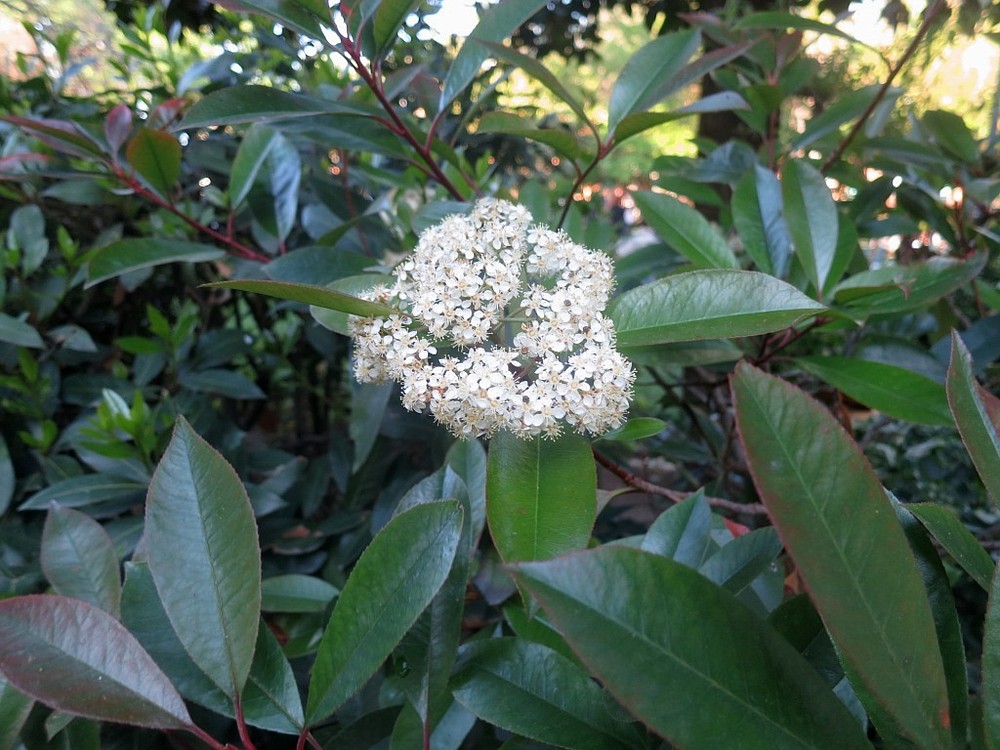 Rusty blackhaw-Viburnum rufidulum is a native plant in bloom now, but I didn't suspect it in a ditch. Rusty Blackhaw – Photinia serrulate 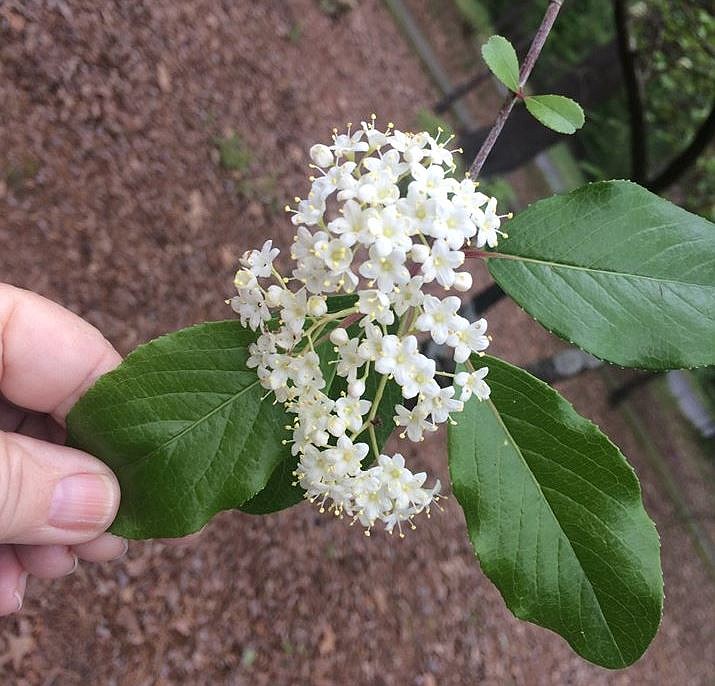 is a native plant that grows along streams or woodland edges, and can be a small 30-foot tree or a 10-foot shrub, depending on its environment. 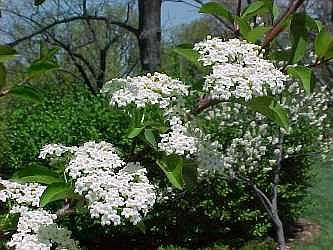 Although it is generally an understory tree, it is most attractive in the open in full sun. It has lustrous bright green glossy leaves, beautiful clusters of white flowers in spring, and attractive blue fruit in fall. This deciduous plant has opposite leaves.

Photinia serrulate or the Chinese photinia is a large evergreen shrub or small tree that has similar clusters of white flowers in the spring that have an offensive odor. 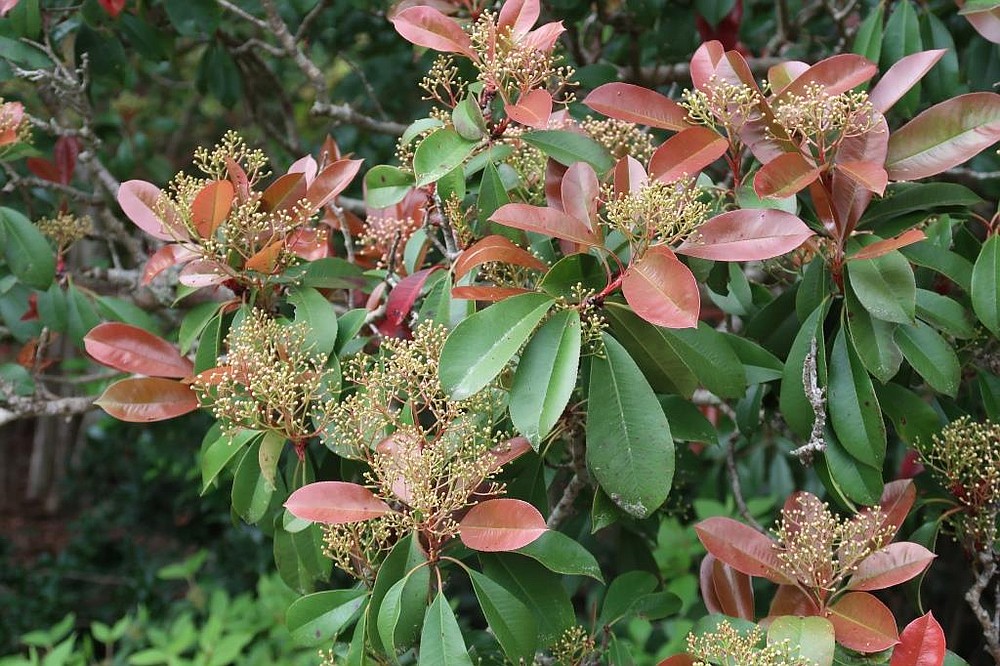 It has escaped cultivation and can come up in other places. It seems to be somewhat resistant to the leaf spotting disease of the red top photinia. It also grows much larger. The leaves on this plant are alternate. 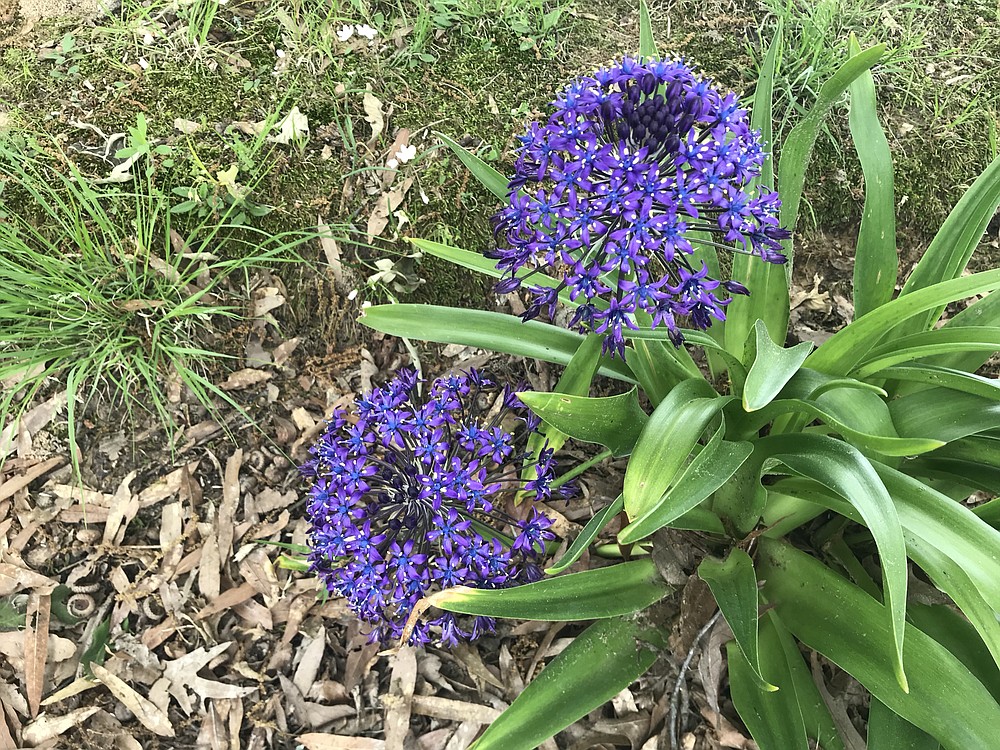 commonly called Portuguese squill, is a spring-blooming bulb with beautiful purple-blue flowers. The flowerheads can be the size of a softball, with star-like florets that open gradually over a period of 3 weeks or more. The plants have long, strappy leaves similar to a hyacinth. 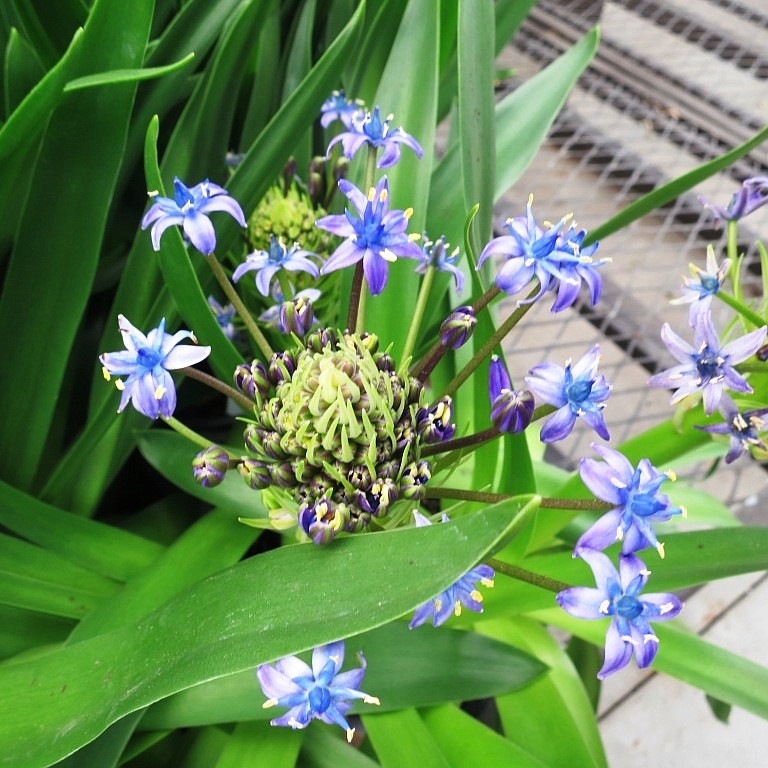 This bulb grows best in warm, arid climates that are similar to the Western Mediterranean region where the plants grow wild. When the bulbs get enough moisture, they retain their foliage almost year-round. In areas with dry summers, the bulbs go dormant shortly after they bloom and sprout new leaves in the fall. Scilla peruviana should be grown in well-drained soil that has a sandy or gritty texture. The bulbs will not tolerate soil that is dense and heavy, overly moist or too rich. Full sun is best for flowering, but the plants will also grow in partial shade. The person who sent me the picture for identification, said it just appeared in their yard. Several of you mentioned having them. I think it is actually stunning! 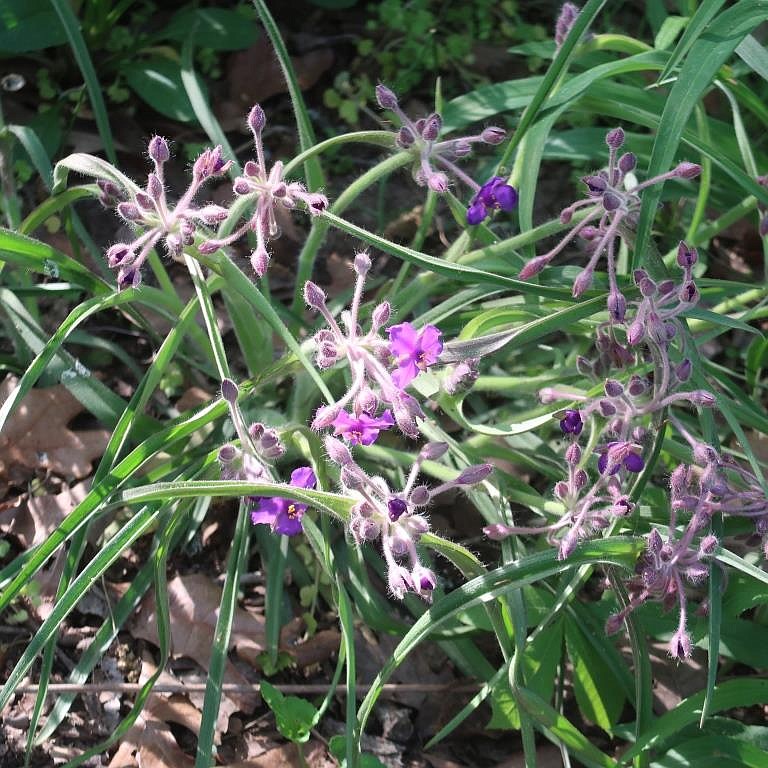 The person who had this plant thought it wasn’t a spiderwort because it had fuzzy foliage and flowers, but there are actually over 70 species of tradescantia, several of which are native. This is hairy flower spiderwort – Tradescantia hirsutiflora. There is another hairy species T. hirsutcaulis where the whole plant is hairy, particularly the stems. Spiderwort is native from southern Canada to South America. They have become naturalized throughout the world. Generally, they are weakly upright plants that grow in clumps in woodland areas and open fields. T. virginiana is our most common native. 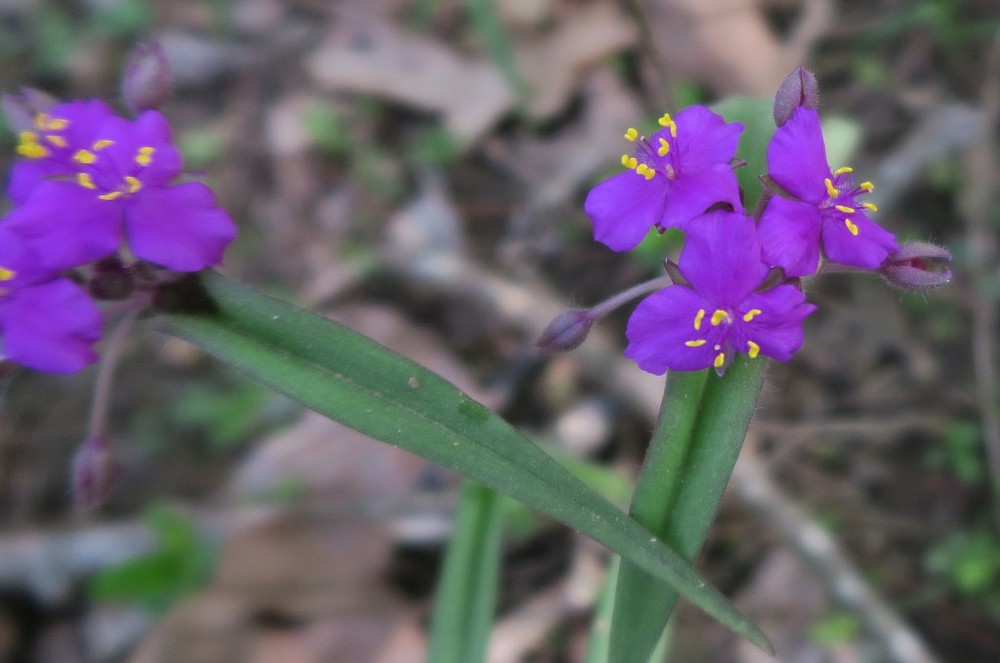 Some people called them ditch weed. They can look a little unsightly in mid-season, getting a bit leggy. Give them a haircut and they should bounce back. They grow easily in full sun to partial shade. Flower color can be shades of blue, purple, pink or white. 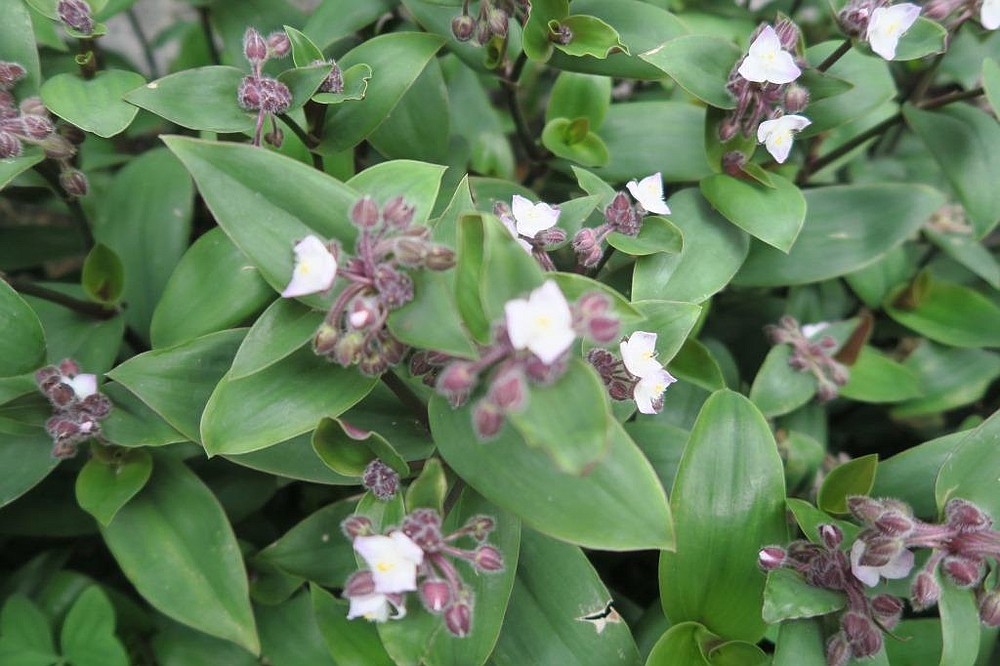 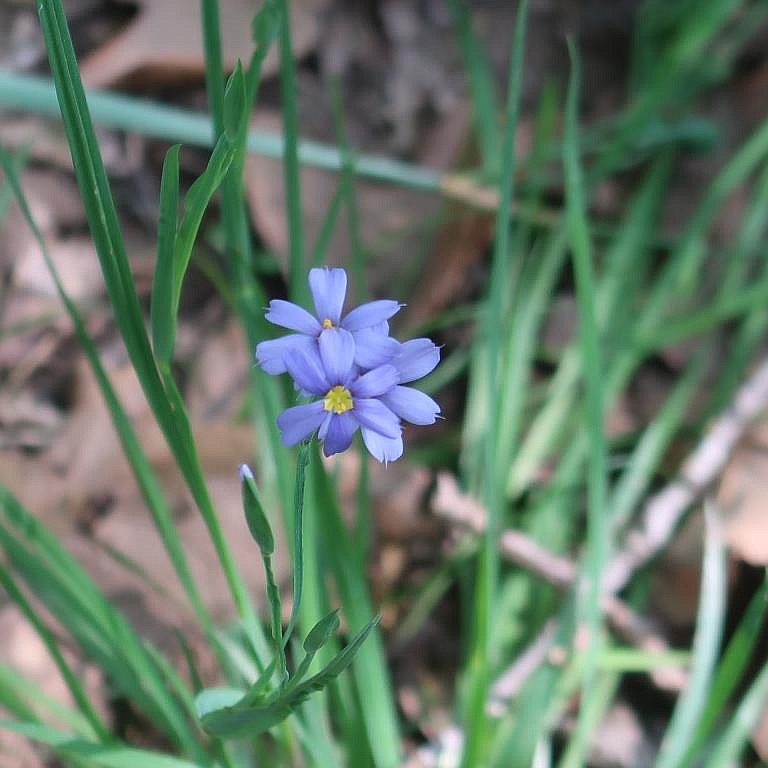 is a lovely native plant with grass like foliage producing beautiful dark blue flowers. It is actually not a true grass but a member of the iris family. 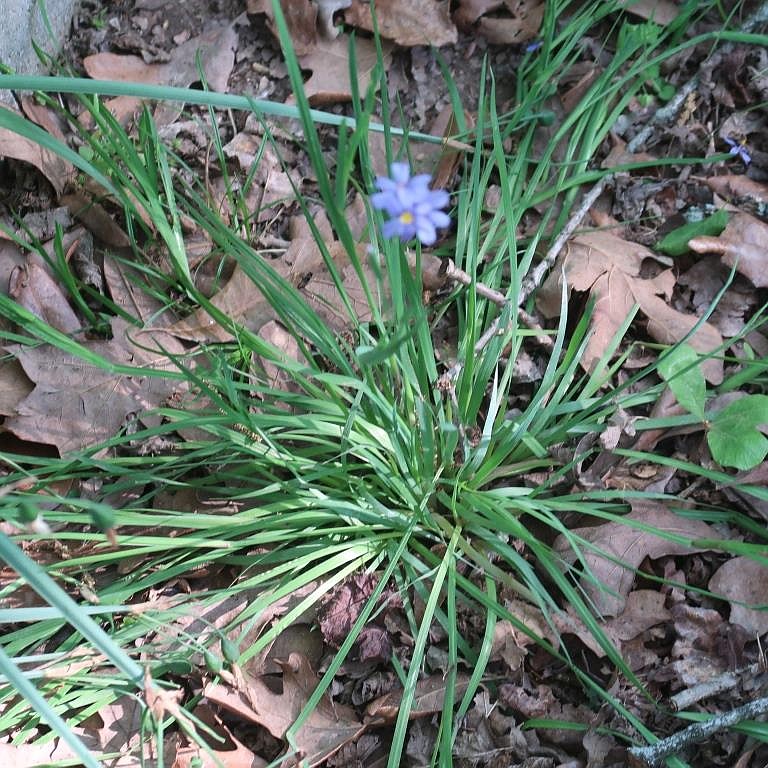 It likes moist soils in open woodland settings. There are actually 9 species of blue-eyed grass that are found in Arkansas, and the species are hard to differentiate. Some are annuals but most are perennials. Most are shades of blue, but there are some white flowered forms as well. 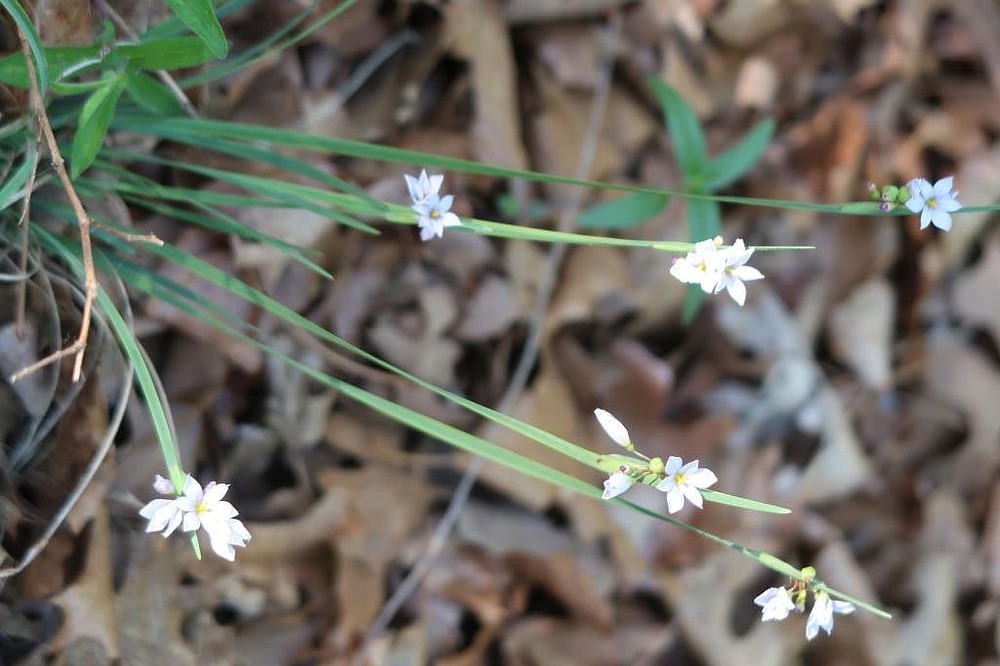 It blooms for about 2 months in late spring to early summer.