Overnight plane trip leads to 'happily ever after' 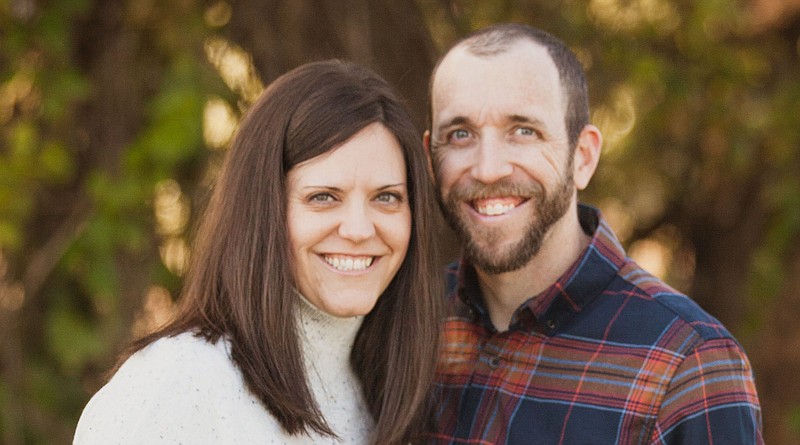 Emily and Jeff Stotts (Special to the Democrat-Gazette)

Emily Argue and Jeff Stotts were at the same college for two years, but it took some randomly assigned plane seats to get them talking.

Emily was a business and economics major and Jeff was a biology major, but in 2004 they both chose an art and literature study-abroad program, which Centenary College in Shreveport calls the May Module, rather than the options that focused on their career choices.

"I think we cared more about where we went and less about what we learned," Emily says.

The trip's organizers distributed the stack of plane tickets to the 20 or so students going on the trip, and Jeff and Emily were assigned seats together -- and mostly apart from the rest of the group.

"We just had all that time to get to know each other," Jeff says. "The fact that we weren't actively viewing it as a potential relationship at that point made the conversation flow a little bit easier. We weren't necessarily trying to impress each other, there weren't the pressures of a first date. It was simply, 'Hey, we have no other choice but to talk.'"

They discussed how they ended up at Centenary -- the college attended by both of their mothers -- their similar family structures, their tastes in music and a multitude of other topics.

"The next thing we know, we're there," Emily says. "We'd just talked through the eight hours that we were supposed to be sleeping, so when we got to Paris we were exhausted."

They were inseparable throughout the two week program, traversing Paris to visit sites referenced in Dan Brown's book, "The Da Vinci Code."

Emily and her friends stayed behind to tour Italy when Jeff and the rest of the group flew back to America. Jeff surprised her by showing up at the airport when she got back two weeks later.

"We got to talk a little bit more face to face and see if, after two weeks, things kind of still clicked or if we were just kind of caught up in the trip itself," Jeff says. "It still felt right. That connection was still there."

He visited her in Little Rock a couple of weeks later, and they went to dinner and a movie.

"I guess that was our first date," Emily says.

They dated throughout the next year, and then Jeff finished his bachelor's degree and left for graduate school at Texas Tech University in Lubbock, Texas.

In December 2005, Emily was home in Little Rock for the holidays. Her birthday is two days before Christmas, and Jeff visited to celebrate both occasions. On Dec. 19, they were going to dinner at Vermillion Water Grille, and Emily was getting hungry -- and annoyed -- as Jeff dragged his feet.

"I was waiting for her dad to get home from work so I could ask his permission to ask her to marry me in person," he says. "He was running a little bit late getting home from work and I think I took the longest shower of my life just killing time waiting for him."

At the restaurant, they exchanged gifts at their table. Jeff gave Emily a "Tarzan" DVD, she gave him a digital camera.

"Of course my gift was kind of lame, considering what she had given me," he laments.

His second gift was a scrapbook with the words, "Once upon a time," penned on the first page. The following pages were filled with pictures of the two of them, letters they had exchanged, the movie stub from their first date and other mementos.

"The final picture was a recent one of the two us and then it said, 'And they lived happily ever after,' and the date, Dec. 19," he says. "She kind of looked at me a little confused and I scooted my chair back and said, 'The truth of the matter is that we've always been on the same page, since day one, and this is just the beginning of our story. Would you marry me?'"

He gave her a ring designed with the diamond from his grandmother's engagement ring. She said yes, which brought applause from the restaurant's other patrons.

They exchanged their vows on June 23, 2007, at Pulaski Heights United Methodist Church in Little Rock.

The newlyweds flew to Anaheim, Calif., where they spent a week while Jeff participated in several interviews at a job fair. He got a job in Durango, Colo., and they lived there for two years.

They moved to Little Rock in 2009. Emily is the residency coordinator for the University of Arkansas for Medical Sciences. Jeff is an athletic trainer for CHI St. Vincent infirmary and with Mount St. Mary Academy.

They have two children, Charlotte, 9, and Anderson, 5.

Emily and Jeff were brought together by their proximity on a plane, and the last year, full of quarantines, has given them a similar opportunity to connect.

"We could easily sit and talk for hours just like we did on that plane," Emily says. "The biggest difference is that now there's a third party, our 9-year-old daughter who could talk all day long."

She says: “I thought his hair was too long.”

He says: “I thought she had a great smile.”

She says: “After the reception, we drove through Sonic and got the brown bag special — two burgers, two drinks, two fries — and we ate on the floor at the Empress Hotel.”

He says: “It was the perfect ending for us. We had spent so much time with our friends and family that we didn’t have time to eat. It was just a lot of smiles, a lot of laughter, sitting on the floor eating those burgers and just talking about how the night went and how awesome it was.”

She says: “We have always been friends first, which I just think is a great foundation, and we’ve been very dedicated to growing and changing together.”

He says: “Be open and honest. We’ve always been open books, we’ve never kept anything back or hidden and have just been very transparent about who we are as people, what our intentions are, what we want to do with our lives.” 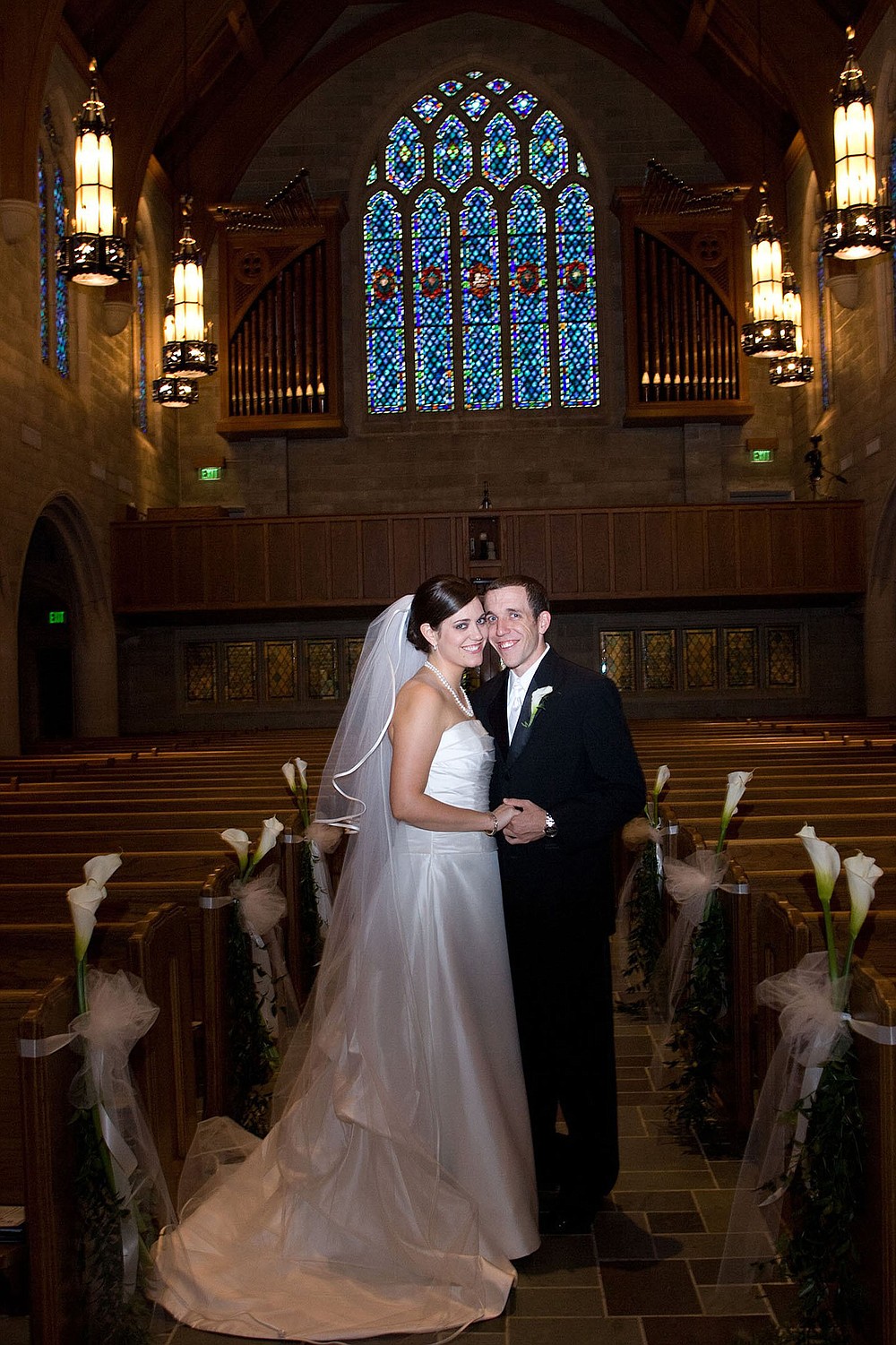 Emily and Jeff Stotts were married on June 23, 2007. They met in 2004, randomly assigned seats together on a plane trip to Paris for a workstudy experience through Centenary College in Shreveport. “We could easily sit and talk for hours just like we did on that plane,” Emily says. (Special to the Democrat-Gazette/Photography by Melisa)
ADVERTISEMENT