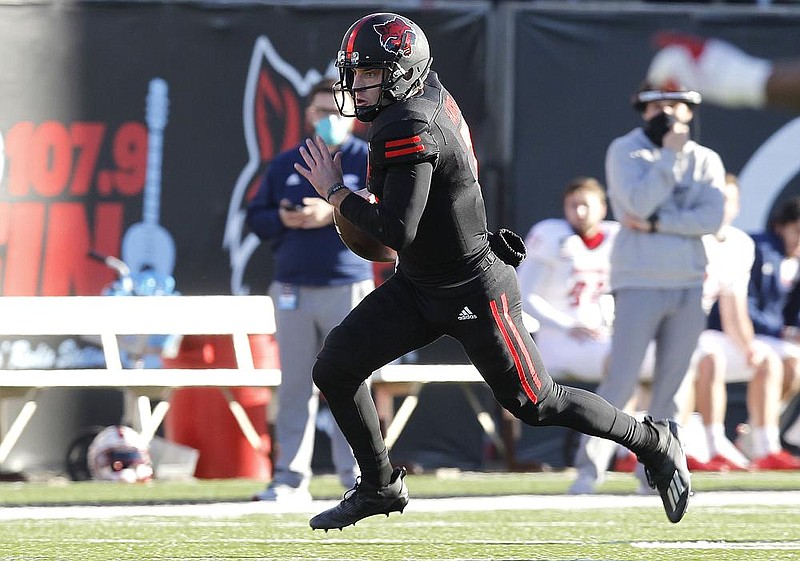 Blake Grupe's pair of field goals represented the only points of the first half, and the offenses led by quarterbacks Layne Hatcher and Wyatt Begeal opened the second half with four consecutive three-and-outs.

The crowd at Centennial Bank Stadium finally witnessed a touchdown when Begeal found receiver Seth Hayes for a 35-yard score at the 4:21 mark of the third quarter.

Hatcher responded with touchdown passes to receivers Antonio Ruiz and Te'Vailance Hunt on back-to-back possessions, and suddenly the ASU offensive players were awake.

Hatcher completed 22 of 45 passes (48.8%) for 237 yards and 2 touchdowns, but his day also included 3 interceptions, 2 of which were picked off by safety Antonio Fletcher, who also recorded a game-high seven tackles. Corey Rucker caught 10 of Hatcher's passes for 101 yards, and running back Marcel Murray led the Gray team with 36 rushing yards.

Begeal went 13 of 31 (41.9%) for 177 yards and was intercepted before halftime by safety KaRon Coleman. Linebacker Caleb Bonner finished with six tackles on the Gray defense.

Hatcher connected on each of his first four passes, but the first half was controlled by the defenses that combined for 12 sacks on the day. The steady pass rush created opportunities in the secondary, and defensive backs Tylon Doss and Derrick Bean each recorded pass breakups before Fletcher pounced on Hatcher's overthrow on the fifth possession, and Coleman hauled in Begeal's errant throw on the next possession.

With the offenses stymied, Grupe's field goals of 38 and 26 yards allowed the Gray team to enter the half up 6-0.

"Today I thought we started very tentative," Jones said. "We have to learn to just jump in the deep end of the pool."

The redshirt junior said he pressed in the face of regular activity in the backfield and came away disappointed with his decision-making. His overthrow into the end zone gave Fletcher his first interception, and the defensive back's second came on a pass Hatcher said should have been a throwaway. Early enrollee Gentry Miller pulled in the third interception on a pass into a narrow window over the middle.

"I had three turnovers today, and on all three of them I forced it," Hatcher said. "It's about not getting stuck on one thing. If it's not there, have the confidence to move on, trust what I see and get off it. Don't hesitate."

Hatcher showed off developing chemistry with Hunt and receiver Khyheem Waleed in the second half.

After finding Ruiz for a 23-yard touchdown, Hatcher returned on the next possession and hit Waleed -- a transfer from Boise State -- with a 20-yard connection that brought the Gray team into Red territory. Hatcher found Hunt for a 24-yard reception two plays later and capped off the drive with a 4-yard fade to Hunt in the right corner of the end zone.

"You have those big-body guys, you can throw it right at them," Hatcher said. "It's sort of like Jonathan Adams last year. They're both good at using their bodies to make plays."

The first-team defense held the Gray team to 304 yards and only 67 on the ground as it took control at the line of scrimmage. Defensive lineman Terry Hampton finished with four tackles, including one for loss, and Bonner and T.W. Ayers each had tackles in the backfield.

Fletcher delivered the standout performance from a secondary that struggled in 2020. The 6-0 senior flocked to ball carriers and took advantage of the opportunities created by pressure from the front four.

"Fletch was all over," Bonner said. "Two big picks. He was a baller today."