TELEVISION: 'Dad Stop Embarrassing Me' based in reality 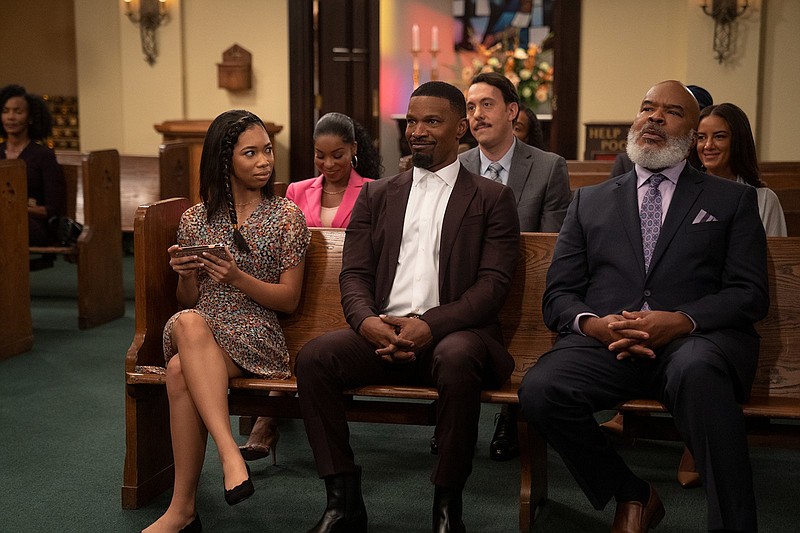 Corinne Foxx spent her entire childhood getting embarrassed by her dad, just like you; he just happened to be famous.

The 27-year-old daughter of actor Jamie Foxx had an unusual upbringing, but now she has a rare opportunity as well: to flame her dad on Netflix for eight episodes in her new show, "Dad Stop Embarrassing Me."

The sitcom stars Jamie Foxx as the aforementioned "Dad," Brian Dixon, a cosmetics brand owner in Atlanta recalibrating his life after his teenage daughter moves in with him. Corinne is an executive producer.

"For years, my dad and I have been sharing our funny stories of our little mishaps as father and daughter and him embarrassing me, and we'd told these stories for so long that we finally got to a point where we were like, 'Why not take these stories and make them episodes?' That's kind of what we did: We took these stories from our personal lives and turned them into a television show," Corinne Foxx told the Daily News.

"It's literally my diary come to life."

"Dad Stop Embarrassing Me," which premiered Wednesday on Netflix, doesn't just stick to the father-daughter relationship between Brian and Sasha (Kyla-Drew). To properly represent her full childhood, Corinne added in Brian's dad, played by David Alan Grier, his sister, played by Porscha Coleman, and his best friend (Jonathan Kite), the only one who doesn't live with them but might as well, given how often he's in their fridge.

"This was the right time to show the younger generation how we did it," Grier, staging an "In Living Color" reunion with Foxx to play his father, joked to The News.

The sitcom takes on some real-world issues, including policing and religion, but mostly it's a fun glimpse into a chaotic family and, like Corinne Foxx said, her personal diary. Some episodes, like one about her first date with a boy, were pulled almost directly from reality. Others were creations of the writers room, with Foxx working every session to perfect the meta world.

She also spent time with Kyla-Drew, giving her details and stories about her real-life dad but also encouraging her to make Sasha her own; this isn't a documentary, she insisted.

Kyla-Drew, 16, has plenty of experience of her own to draw from, her own embarrassing relatives (especially Uncle Mike, she joked).

That alone makes "Dad Stop Embarrassing Me" heartwarming, rather than cringy. It's clear from the start that all of the embarrassing comments and actions are made in good faith.

"(My dad) is just a dad who wants to understand his daughter. Sometimes he goes to extreme lengths but it's all out of love," Foxx told The News.

"I will give my dad so many props because even if he didn't know how to talk to a teenage girl. He always tried. He always showed up. He always gave 100%. I feel like that is what fueled the embarrassing moments but also why we have such a strong relationship now."

Coleman, who plays Brian's sister, Chelsea, said that sibling bond is the same she has with her older brother, who's almost exactly the same age as Jamie. For her, everything about the Dixons makes sense.

"It's not that you're watching a Black family. You're just watching a family," Coleman, who has been friends with Jamie Foxx for more than a decade, told The News. "That's grandpa, that's the niece, that's the father, that's the best friend who comes in the kitchen and just eats whatever he wants to eat. Everyone has someone they can relate to."

Said best friend, Johnny, plays two roles: Brian's best friend and also a fellow dad of a teenage girl: Sasha's best friend Zia. While Brian is still learning how to raise a teenager after Sasha's mom died, Johnny is well-versed in all the tricks, including the hidden GPS tracking programs to put on her cellphone. But even that is well-meaning.

"Johnny means well. The fact that he tracks his daughter on her phone, I call him a helicopter parent but with a drone because she doesn't know. But he has good intentions," Kite, who plays the goofy police officer, told The News. "He's loyal, whatever Brian is up to. That's how my friends are. I'm not saying whether it's good or bad, but whatever one of us is up to, we're all on board. We all had that idea. Let's go."

Almost everyone involved in the show, except for Kyla-Drew, has known Jamie Foxx for years, if not decades. They've watched Corinne grow up. But nothing hits quite the same as having him as your dad.