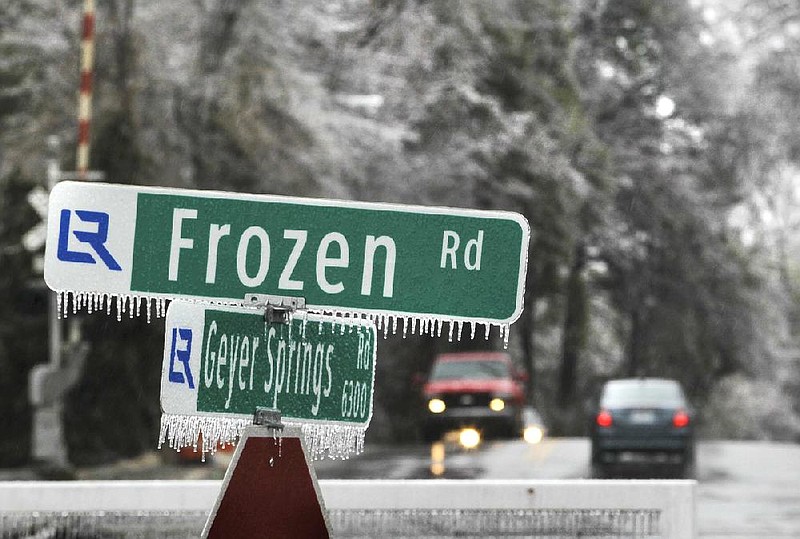 Freeze warnings and watches are in effect for much of northern and western Arkansas overnight Tuesday, and portions of the state could see snow, according to the National Weather Service.

Forecasters predicted a chance for rain and a “dusting of snow” in grassy portions of Northwest Arkansas, according to a Tuesday morning briefing from the National Weather Service. 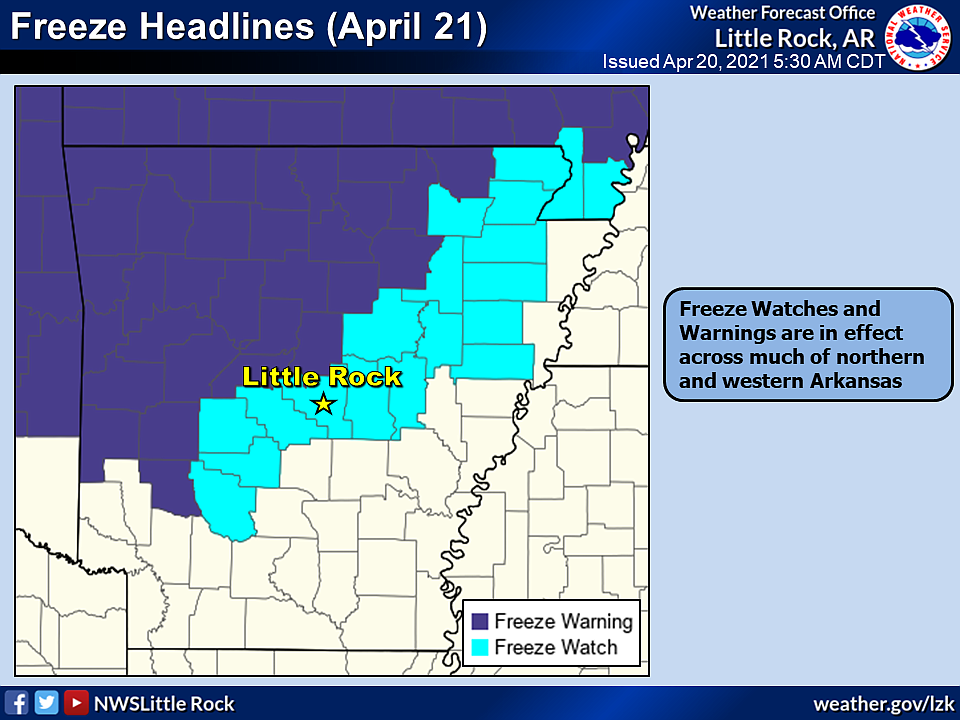 This National Weather Service graphic shows much of the northwest half of Arkansas will be under a freeze warning or watch overnight Tuesday.

Forecasters cautioned residents to be mindful of their vegetation, as frost is expected across most of the state.

The high pressure coming from the north is expected to leave the state by Thursday, the briefing states. A new storm system, approaching from the southern plains, will bring rain and isolated thunderstorms through early Saturday, according to the weather service.

Rainfall will average up to an inch, while some areas of southeast Arkansas might see up to three inches, the briefing states. The remainder of the weekend, into early next week, is expected to be dry, forecasters said. 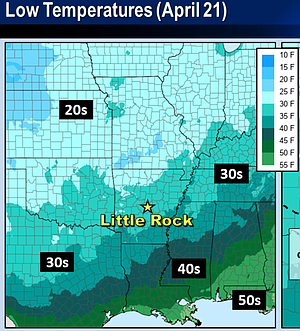