OZARK — It seems quite a long shot for a town of 3,700 to have its own customized board game. But a choice example is displayed at the Ozark Area Depot Museum in this placid Franklin County community. The "Ozark" board looks like a mini-Monopoly, patterned on that perennially popular game.

There are no dice on hand. So museum visitors have to settle for perusing the names on the squares, mostly those of local businesses. Players start at the "Ozark City Park" corner and proceed to corners labeled for local schools, housing and the courthouse.

Other novelties enliven the museum, housed in the former depot built in 1911 for the Iron Mountain Railroad. Visitors learn that train service reached Ozark in 1876, 40 years after the town was founded on the north bank of the Arkansas River in the steamboat era.

Ozark almost disappeared during the Civil War, when Union troops burned every business, church and all but three homes. Rebuilt and reincorporated after the war, it soon became a leading center of horse and cattle trading. It now hosts the Ozark campus of Arkansas Tech University. 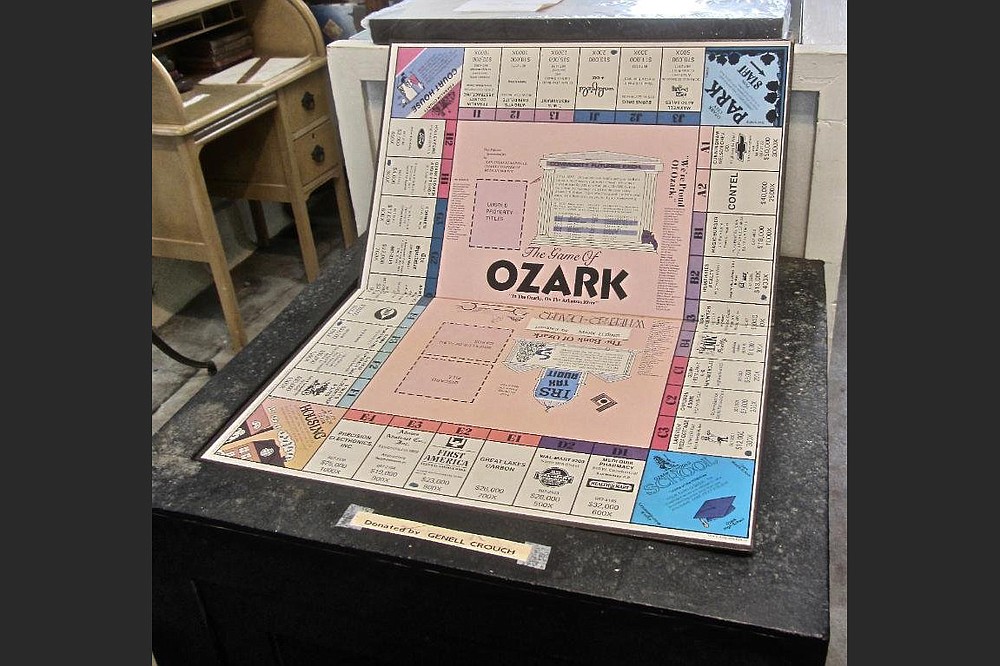 On display in the Ozark Area Depot Museum is a board game for the town. (Special to the Democrat-Gazette/Marcia Schnedler)

The depot museum's collection provides time travel to family and civic life as far back as the 1800s. A century-old dentist's chair and instruments date to days when tooth repair could be memorably painful. A spinning wheel evokes self-reliance of the frontier era, when not only clothes but also their fabrics were homemade. A wringer washing machine recalls times when a family's work was never done.

Outside the former depot stands a handsome Trail of Tears monument dedicated in 2016 and denoting the fact that American Indians being forcibly moved west in the 1830s passed by on riverboats. The words "Trail of Tears" are inscribed in both English and the Cherokee syllabary.

Ozark's most formidable building stands a block west of the museum overlooking the river. Erected in 1914 from locally quarried stone, the former Franklin County Jail could pass for a fortress. That impression is enhanced by the Roman-arched entry in its two-story facade. 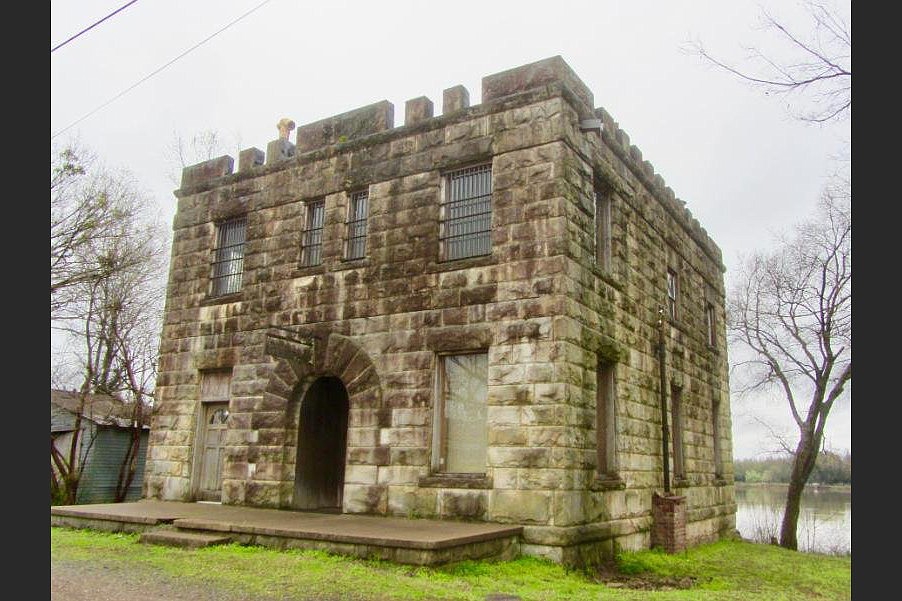 The former Franklin County Jail, built in 1904, stands near Ozark’s riverfront. (Special to the Democrat-Gazette/Marcia Schnedler)

Taller than the old jail is the courthouse, one of two serving Franklin County (along with Charleston's). Built in 1904 to a design by noted Little Rock architect Frank W. Gibbs, it boasts a prominent corner tower. Its original Italianate styling was extensively damaged by a 1944 fire, leading to the rebuilding of its upper level in Classical Moderne style.

Views from the riverbank feature a local source of pride, the Ozark River Bridge. Built in 1929-31, it was honored by the American Institute of Steel Construction as the 16th most beautiful bridge in the United States. The graceful spans are lighted at night for viewing.

Ozark's train depot, courthouse and old jail are among the town's six structures listed on the National Register of Historic Places. They lie within Ozark County Square Historic District, with 25 stops mapped on a walking-tour leaflet available at the visitor center, 300 W. Commercial St. (mainstreetozark.com) 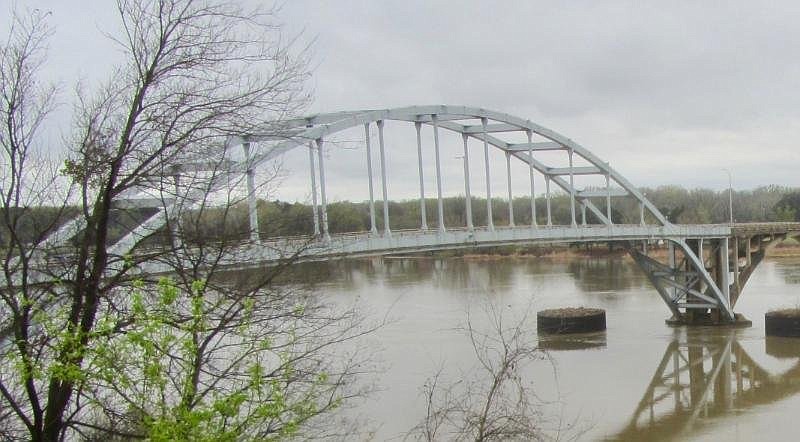 Ozark River Bridge is lighted at night on the Arkansas River. (Special to the Democrat-Gazette/Marcia Schnedler)

A half-dozen miles east of Ozark in and near Altus lie several wineries, the oldest of which dates back to the 1880 arrival of Johann Andreas Wiederkehr, a Swiss immigrant. Wiederkehr Wine Cellars (wiederkehrwines.com), in Wiederkehr Village, offers tours and tastings. Wursts, schnitzels and other Germanic fare are featured in its Weinkeller Restaurant, on the site where Wiederkehr's first subterranean wine cellar was dug.

For visitors averse to wursts and schnitzels, a recommended lunch venue in Ozark is Oark Burger, 303 N. 18th St. A hot item on Oark's all-American menu is the Hungry Hillbilly burger, dressed with pepper-jack cheese, grilled bell peppers, grilled pickled jalapenos and chipotle mayonnaise. It merits a square on the "Ozark" game board.