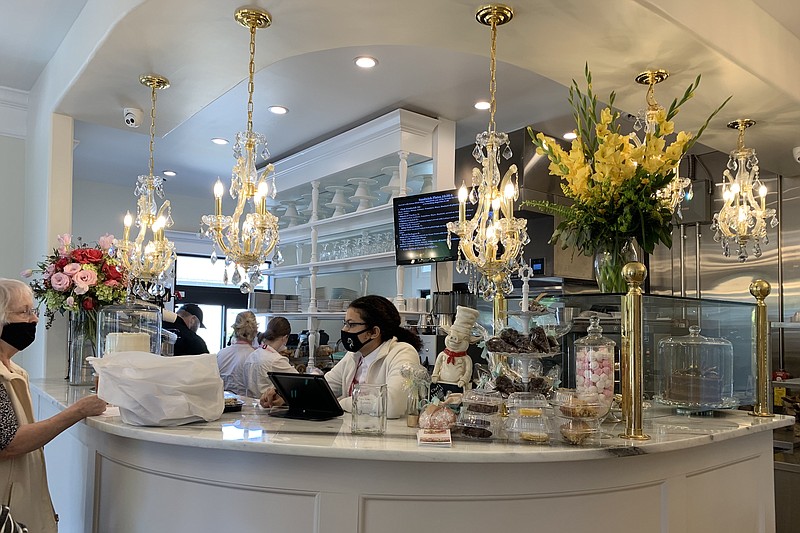 The Arkansas state Senate passed SB339 April 14 and Gov. Asa Hutchinson signed it into law the same day, authorizing “Certain Permit Holders To Sell Alcoholic Beverages Directly To Consumers To Be Consumed Off-premises Or Delivered To The Consumer At A Location Off-premises.” What is now Act 703 codifies and continues the governor’s pandemic-inspired executive order that allowed (with limitations) restaurants holding valid alcoholic beverage permits to sell alcoholic beverages in sealed containers during legal operating hours directly to consumers 21 or older with the purchase of food. It helped restaurants keep doors open and employees paid. The law defines alcoholic beverages as “beers, malt beverages, hard ciders, vinous liquors or spirituous liquors — the latter including mixed drinks or specialty drinks “that are made by the permit holder at the premises,” but does not include “unmixed spirits or spirits in the manufacturer’s original containers.”

The Chick-fil-A at 6201 W. Markham St., Little Rock, across from Park Plaza mall, closed April 8 for remodeling that will make the busy location drive-thru-only, according to posts on its Facebook page (facebook.com/CFAMarkham). No word on when it’s expected to reopen.

Frida’s Grill is in the works at 6 Mabelvale Plaza Drive, Little Rock, once the site of an Applebee’s and most recently the short-lived Anita’s Cantina & Grill. We don’t have many details, but we do know that one Refugio Reyes filed a permit application in mid-March to the state Alcohol Beverage Control Division for an on-premises restaurant mixed drink maximum license, indicating it will have a full bar.

Digging around to discover that information, we ran across an application for a “restaurant mixed drink limited” for a Dolce Vita Ristorante at 111 Ponderosa Lane, Hot Springs Village, filed by an Adrian Beqiri. The last name is familiar: Bruno Beqiri has cooked in and/or operated Italian, Greek and Mediterranean restaurants in Conway, Little Rock and Benton over three decades.

We also encountered an application for an on-premises restaurant beer and wine permit for Press Waffle Co., now expected to open in June at 1424 Main St., Little Rock. And we also discovered a permit to serve native beer and malt beverages at something called Shift Modern Cyclery, 1101 W. Markham St. at Ringo Street, Little Rock, across from Doe’s Eat Place.

It would be harder at this point to find a restaurant that isn’t looking to hire than otherwise. Chef Andre Poirot at 42 Restaurant & Bar asked if we knew anybody looking for a job. YouScream Holdings, which operates Dairy Queen Grill & Chill restaurants around Arkansas, is offering a $1,000 sign-on bonus (via its Facebook page, facebook.com/DairyQueenLittleRockAR) for experienced managers. 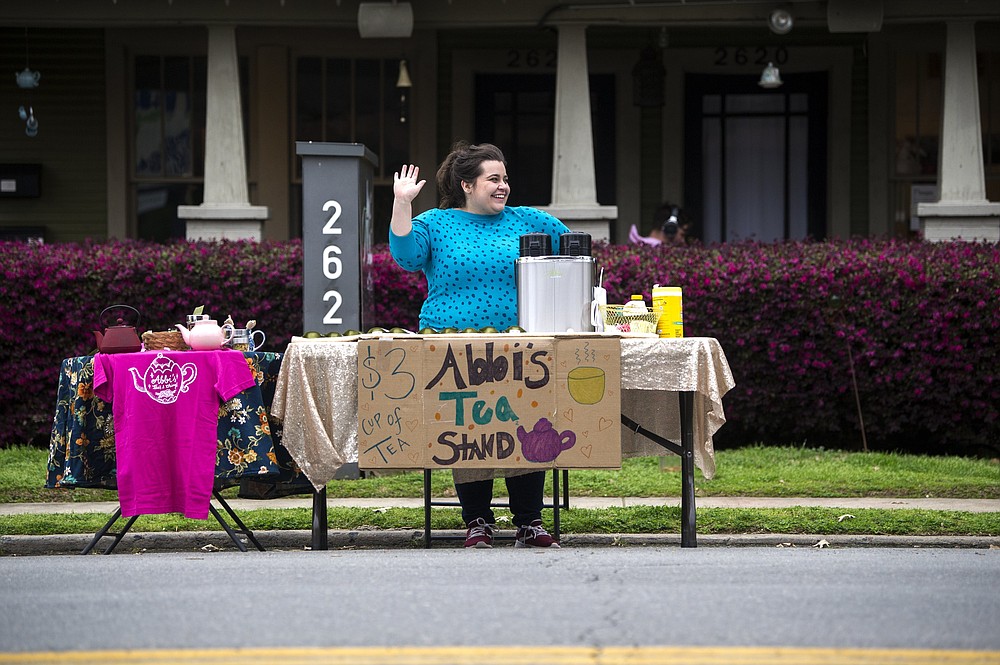 Owner Abbi Siler intends to keep doing her outdoor tea stand, inaugurated in March 2020 at the start of the pandemic, once she reopens the interior of Abbi’s Teas & Things, 2622 Kavanaugh Blvd., Little Rock, May 12. (Democrat-Gazette file photo)

Owner Abbi Siler intends to reopen the interior of Abbi’s Teas & Things, 2622 Kavanaugh Blvd., Little Rock, on May 12. According to a post on Facebook (facebook.com/teasandthings), “Abbi & Mary Jane will be back at the shop serving up all your favorite tea treats, tea lattes, loose leaf tea, sammies & salads!! Jessica will be back on Fridays, too.” Siler says she’ll continue to do her outdoor tea stand, which has been operating weekly in the interim, “at least once a month — maybe more!” The phone number is (501) 246-5077; the website is abbiteas.com.

Gary Cox, operating manager and co-owner of Hatchet House BBQ, going into the former Fat Daddy’s, 1004 Oak St., Conway, now has an end of May target date to open, offering Texas-style barbecue and, according to the Facebook page (facebook.com/hatchethousebbque), “and … the unique art of axe throwing.” The establishment will have three distinct sections: an eating area, where they’ll serve brisket, pork, chicken, barbecue mac & cheese and “gooey burnt ends” (they may add ribs later); a stage for live music; and, along Oak Street, 17 axe-throwing targets. Plus there will be two private party rooms, each with targets. Currently they’re hiring “cooks, bartenders, servers, axe coaches, etc.,” according to a Facebook post. They’ll supply the axes or you can bring your own. It will have a full bar and, Faulkner County being dry, a private club license. Tentative hours are 11 a.m.-10 p.m. Tuesday-Thursday, 11 a.m.-midnight Friday-Saturday, 11 a.m.-6 p.m. Sunday. A phone number is pending; the website, hatchethousebbque.com, is currently just a GoDaddy shell.