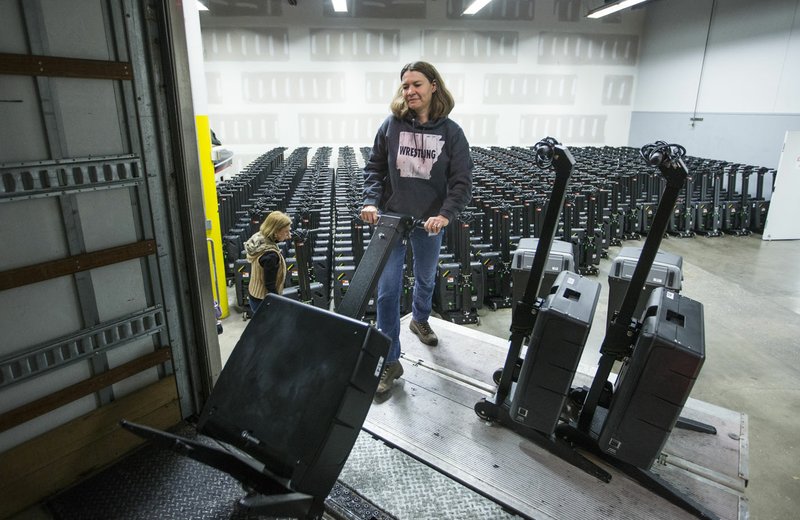 FAYETTEVILLE -- Election officials in Benton and Washington counties are considering upgrading the electronic poll books used to check in voters during elections, with a cost of about $250,000 per county.

The Washington County Election Commission on Wednesday authorized Jennifer Price, election director, to prepare a request for money from the Quorum Court.

Price said the county has 166 electronic poll books used since 2016. In the 2020 election, problems with the poll books included failure to maintain a charge, inability to stay connected to Wi-Fi and voter signature pages freezing.

Price said the new poll books should solve those problems and will offer new features.

"There are several updates that will be beneficial to the voters and election officials," Price said. "The poll books we have were received by the county in 2016 so they're reaching the end of their useful life."

Price said the new poll books have screens easier to use for both voters and poll workers, and will directly scan Arkansas driver's licenses and other state IDs. The computers can issue provisional ballots that will not be scanned by the county's vote counting machines until approved by the Election Commission and can generate reports the older poll books can't.

Patrick Deakins, justice of the peace for District 5, is chairman of Washington County's Finance Committee. Deakins said he's familiar with the request in general, but will need more details. Deakins said he wants to explore all options for money before deciding on the purchase.

"I have been told they would like to present this at the May meeting," Deakins said. "To me, that may be a little bit aggressive. I want to be sure we look around and see what our resources are, if there is any grant money around. There's also the American Rescue Plan money coming and we don't know yet what restrictions may or may not be placed on those funds. Is there $250,000 just laying around? No."

Kim Dennison, Benton County's election coordinator, said she needs about $252,000 to replace 175 electronic poll books. Dennison said she gave a proposal to Brenda Peacock, county comptroller, to present to a Quorum Court committee exploring uses for $3.8 million in federal coronavirus relief money. Peacock said the request could go to the Finance Committee in May.

Price said the proposed software upgrade will have to be approved by the State Board of Election Commissioners before the counties could consider it.