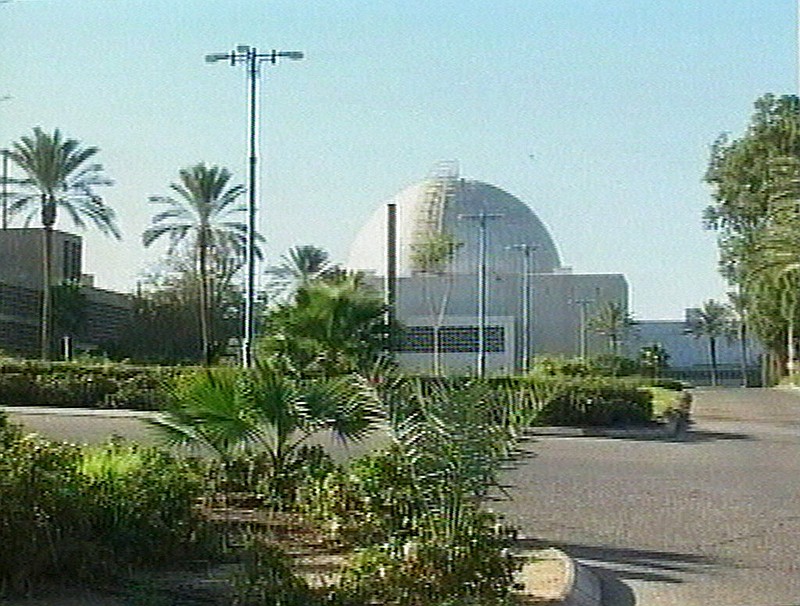 This file image made from a video aired Friday, Jan. 7, 2005, by Israeli television station Channel 10 shows what the television station claims is Israel's top-secret nuclear facility in the southern Israeli town of Dimona, the first detailed video of the site ever shown to the public. Early Thursday, April 22, 2021, air raid sirens sounded in Dimona, indicating a possible incoming attack. (Channel 10 via AP)

In response, Israel said it attacked the missile launcher and air-defense systems in neighboring Syria.

The incident, marking the most serious violence between Israel and Syria in years, pointed to likely Iranian involvement.

Iran, which maintains troops and proxies in Syria, has accused Israel of a series of attacks on its nuclear facilities, including sabotage at its Natanz nuclear facility on April 11, and vowed revenge. It also threatened to complicate U.S.-led attempts to revive the international nuclear deal with Iran.

The Israeli army said the missile landed in the Negev region and air-raid sirens were sounded in a village near Dimona, where Israel's nuclear reactor is located. Explosions were reported across Israel. The army later said the incoming missile had caused no damage.

Syria's state-run SANA news agency said four soldiers had been wounded in an Israeli strike near Damascus, which also caused some damage. The agency did not elaborate other than to claim its air defense intercepted "most of the enemy missiles," which it said were fired from the Israeli-annexed Golan Heights.

There was no immediate claim of responsibility for the missile strike or comment from Iran.

The Dimona reactor is widely believed to be the centerpiece of an undeclared nuclear weapons program. Israel neither confirms nor denies having a nuclear arsenal.