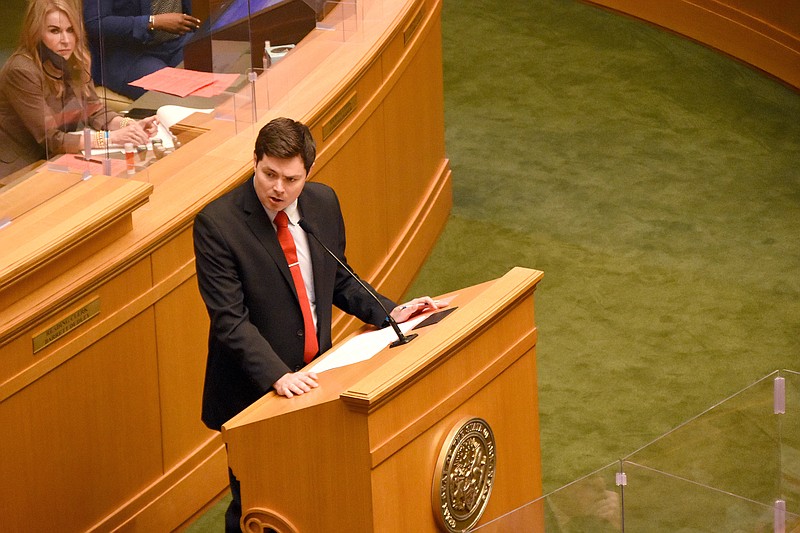 The Arkansas House approved a resolution last week to put a question to voters in 2022 asking whether the threshold for passing ballot measures should increase to 60%, up from the simple majority currently required.

Back up: What is a ballot measure?

A ballot measure or ballot initiative is how Arkansans can directly shape the state’s laws.

The exact process for getting an initiative onto the ballot is complicated (for full details read our guide to ballot initiatives), but the gist is that a person or group writes a proposed law, potential constitutional amendment or proposes a referendum to overturn a law passed by the Legislature.

Sponsors then create a petition to generate interest in the idea, and petitions with enough signatures (the number required depends on several factors) are considered for certification by state officials to appear on the ballot.

If the proposal is certified, it will appear on the ballot and Arkansans can vote for or against the initiative during a statewide election.

Under current law, a ballot measure passes if more than 50% of voters cast their ballot in favor.

Successful past ballot initiatives include:

What is the House resolution trying to do?

House Joint Resolution 1005 would ask voters during the 2022 midterm election to decide if the state Constitution should be amended to raise the threshold for ballot initiative passage from 50% to 60%, making it harder to amend the state constitution.

For each general election, the Legislature can refer up to three Constitutional Amendments to voters for approval. HJR1005, by Rep. David Ray, R-Maumelle, could be one of those three if the Senate approves.

Why are legislators trying to put this question to voters?

Ray, the resolution’s sponsor, told lawmakers he believes it is too easy to amend the state constitution and added Arkansas has some of the most lenient rules for ballot initiatives in the country, leaving the state susceptible to "big money" and out-of-state interests.

Arkansas is one of several states this year where Republican-controlled legislatures have advanced measures to increase the percentage of voters that must approve constitutional amendments for them to become law, according to elections-reference website Ballotpedia.

The House's vote to approve the resolution was largely along party lines, with only one member of the GOP dissenting. Go here to see the full record of the vote.

David Couch, a Little Rock attorney who has drafted successful constitutional amendments, said there would be opposition to the proposal.

"People in Arkansas are protective of their direct democracy," Couch said, calling the proposal the Legislature's latest effort to make it more difficult for citizen-led initiatives to get on the ballot.

Read more on the resolution from reporter Rachel Herzog.