Summit to mark push on climate 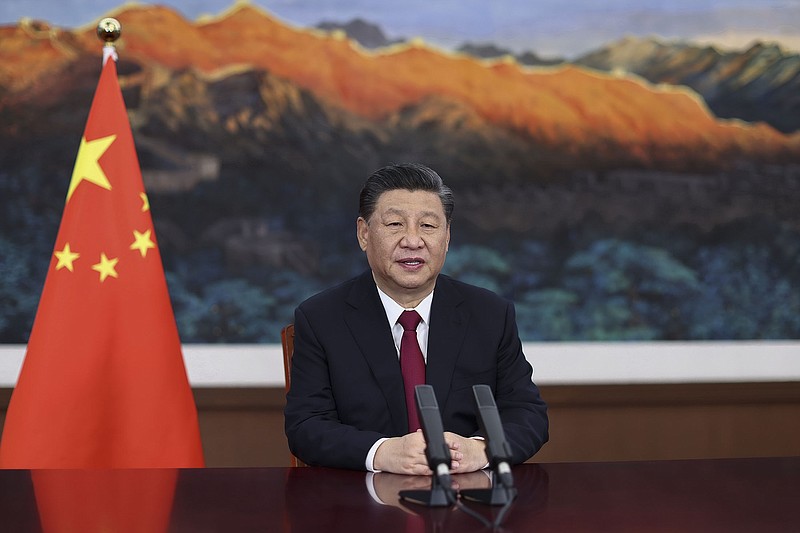 Chinese President Xi Jinping gives a keynote speech via video Tuesday for the opening ceremony of the Boao Forum for Asia in Beijing. Xi will “deliver an important speech” during the virtual climate summit that President Joe Biden is hosting today and Friday, the Xinhua News Agency said. (AP/Xinhua/Ju Peng)

WASHINGTON -- President Joe Biden will convene leaders from around the world today and Friday as he marks the United States' return to the global fight against climate change and urges his counterparts to increase their commitments to reducing greenhouse gas emissions.

Leaders of 40 countries -- including China, Russia and India -- have been invited to the summit. Administration officials said they hope some will announce new, more ambitious targets for cutting emissions, providing momentum ahead of a conference hosted by the United Nations and scheduled to take place in Scotland at the end of the year.

This week's summit will see Biden -- who campaigned on promises for a high-employment, climate-saving technological transformation of the U.S. economy -- pledge to halve by 2030 the amount of coal and petroleum pollution the U.S. is pumping out, officials said. That's compared with levels in 2005, and it's nearly double the voluntary target the U.S. set under the landmark 2015 Paris climate accord.

The European Parliament confirmed Wednesday that it will set a similarly ambitious target. The U.S. is looking to other allies, such as Japan and Canada, to announce intensified climate efforts, hoping that will spur China and others to slow construction of coal-fired power plants and otherwise chill their smokestacks.

And the world is looking to well-off countries to make clear how they'll help poorer countries shut down coal plants and retool energy grids, with the U.S. already having promised $2 billion that has never been paid.

"The summit is not necessarily about everyone else bringing something new to the table -- it's really about the U.S. bringing their target to the world," said Joanna Lewis, an expert in Chinese energy and environment at Georgetown University.

The summit comes as the world's largest emissions producers, China and the United States, are feuding over nonclimate issues. Chinese President Xi Jinping waited until Wednesday to confirm he would even take part.

India, the world's third-biggest emitter of fossil fuel fumes, is pressing the United States and other wealthier nations to come through on the billions of dollars they've promised to help poorer nations build alternatives to coal plants and energy-sucking power grids.

"Where is this money? There is no money in sight," Environment Minister Prakash Javadekar said this month after U.S. climate envoy John Kerry visited.

Russian President Vladimir Putin, whose nation by some assessments is the world's fourth-worst polluter, also accepted the U.S. invitation but is at odds with Washington over nonclimate issues, including U.S. sanctions and Putin's aggressiveness abroad.

At home, political divisions have left the United States in a weaker position than it was in during the 2015 Paris talks. Unable to guarantee that a different president in 2024 wouldn't undo Biden's climate work, the administration has argued that market forces -- with a boost to get started -- will soon make cleaner fuels and energy efficiency too cheap and consumer-friendly to trash.

"The president has every intention of getting reelected and, certainly, ensuring that he is implementing policies where ... addressing our climate crisis, putting Americans back to work, go hand in hand," White House press secretary Jen Psaki said Wednesday.

Biden sketched out part of his $2 trillion approach for transforming U.S. transportation systems and electrical grids in his campaign climate plan and in his infrastructure proposals for Congress. But there's no hard-and-fast plan detailing how the U.S. will fulfill Biden's promise to eliminate all carbon emissions from its economy by 2050.

Deborah Seligsohn, a political scientist and expert in air pollution and governance at Villanova University, said the overall approach signaled by the White House -- focusing on investment first, rather than regulation -- was a promising departure from past administrations.

Having the United States, with its influence and status, back in climate talks is important, said Lauri Myllyvirta, lead analyst at the Center for Research on Energy and Clean Air in Helsinki.

But hoping the world will forget about the past four years seems like wishful thinking, he said.

"There is too much of an impulse in the U.S. to just wish away [former President Donald] Trump's legacy and the fact that every election is now basically a coin toss between complete climate denial and whatever actions the Democrats can bring to the table," he said.

With Biden's summit, "we can start with that momentum," Mouynes said. In Panama, freshwater shortages that officials blame on climate change already are complicating shipping through the Panama Canal, one of the world's main trade routes and the country's main money-earner. Even Panama's best climate safeguards, such as hot lines and surveillance drones to catch rain forest logging, aren't enough to save the country on their own, Mouynes said.

"Otherwise it's just empty speeches, one after the other, where we all say we want a green country, a green planet, and nothing happens," she said.

China and the United States together account for nearly half of the world's emissions. Climate experts hope Xi will watch what the U.S. and China's neighbors pledge and toughen its own emissions goals in the following months.

Xi will participate in the online event by video link from Beijing and "deliver an important speech," the official Xinhua News Agency said.

Wednesday's announcement gave no indication whether Xi might make additional commitments at this week's meeting.

Amid U.S. and Chinese disputes over territorial claims, trade practices and human rights, however, the two countries' presummit pronouncements were an island of climate cooperation in a sea of complaints and grievances. "The international community knows very well who is taking actions, who is playing lip service, who is making contributions and who is seeking one's own interest," Chinese Foreign Ministry spokesperson Wang Wenbin said.

Dozens of companies are expected to announce increased investment in renewable energy, electric vehicles and forestry as part of a push to decarbonize the global economy by 2050. At the same time, the corporate community is facing heightened pressure to turn off the lending and investing spigot for fossil fuels and other sources of greenhouse gases.

"Success on climate change requires transforming the entire global economy," said Nigel Purvis, the chief executive of Climate Advisers, a nonprofit firm involved in marshaling private capital to combat the problem. "That task is too big for governments to do alone. The private sector is the engine of global change, and action and success will depend on harnessing the power of private enterprise."

In addition, 43 banks in 23 countries have joined a Net-Zero Banking Alliance, setting their own zero-carbon pledges for 2050. Within three years, the banks must set targets for borrowers with larger emissions. The banks will have to spell out in unusual specificity their plans for overhauling nine sectors: agriculture, aluminum, cement, coal, commercial and residential real estate, iron and steel, oil and gas, power generation, and transportation.

In the United States, more companies are looking for ways to reach net-zero targets and to meet the demands of shareholders, consumers and employees. Ceres, a nonprofit organization dedicated to sustainable development, recently released a letter signed by about 350 companies urging Biden to set a goal of cutting U.S. emissions by 50% or more from 2005 levels. The signatory companies include Ben and Jerry's, Salesforce, Ralph Lauren Corp. and the cement-maker LafargeHolcim.

Information for this article was contributed by Ellen Knickmeyer, Christina Larson, Ashok Sharma, Joe McDonald, Vladimir Isachenkov, Seth Borenstein, Alexandra Jaffe, Aamer Madhani and staff members of The Associated Press; by Steven Mufson and Brady Dennis of The Washington Post; and by Chris Megerian of the Los Angeles Times (TNS). 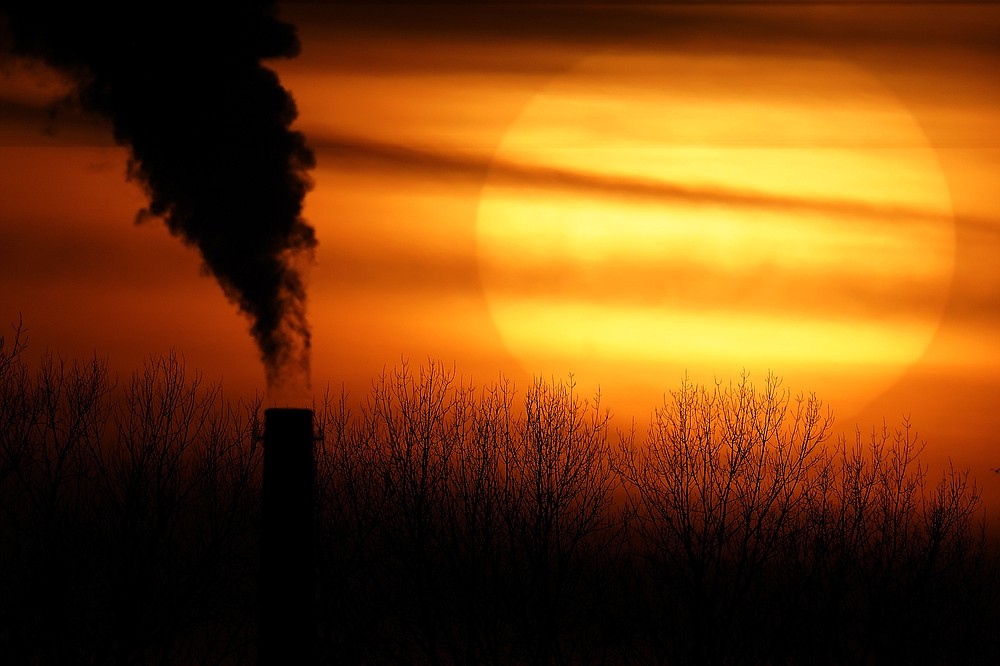 FILE - In this Feb. 1, 2021 file photo, emissions from a coal-fired power plant are silhouetted against the setting sun in Independence, Mo. President Joe Biden is convening a coalition of the willing, the unwilling, the desperate-for-help and the avid-for-money for a two-day summit aimed at rallying the world’s worst polluters to do more to slow climate change. Biden’s first task when his virtual summit opens Thursday is to convince the world that the United States is both willing and able isn’t just willing to meet an ambitious new emissions-cutting pledge, but also able. (AP Photo/Charlie Riedel, File) 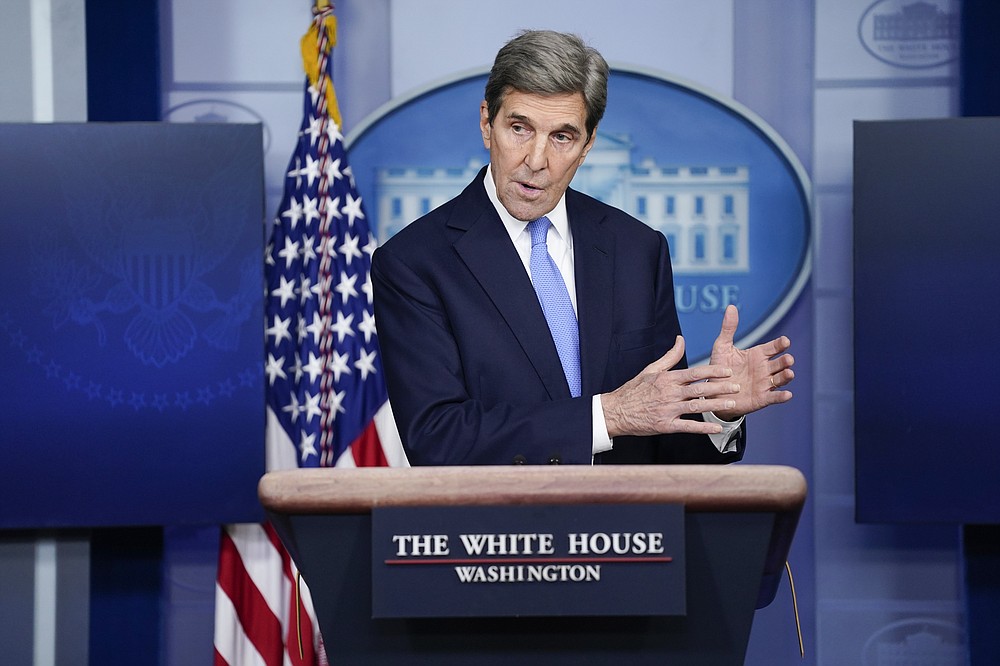 FILE - In this Jan. 27, 2021 file photo, Special Presidential Envoy for Climate John Kerry speaks during a press briefing at the White House in Washington. President Joe Biden is convening a coalition of the willing, the unwilling, the desperate-for-help and the avid-for-money for a two-day summit aimed at rallying the world’s worst polluters to do more to slow climate change. Biden’s first task when his virtual summit opens Thursday is to convince the world that the United States is both willing and able isn’t just willing to meet an ambitious new emissions-cutting pledge, but also able. (AP Photo/Evan Vucci)