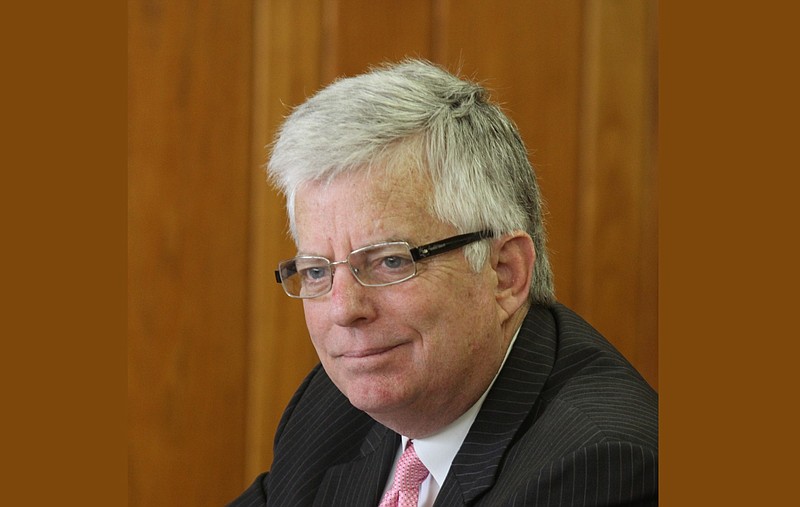 James Carr, then a member of the Arkansas Forestry Commission, is shown during a commission board meeting in Little Rock in this February 2012 file photo. (Arkansas Democrat-Gazette file photo)

WASHINGTON -- People of faith are facing persecution around the globe, with "systematic, ongoing and egregious violations" of human rights occurring in 14 nations, according to the U.S. Commission on International Religious Freedom.

"The countries of particular concern would be the worst of the worst," he added.

In some nations, Christians are the primary target. In others, Muslims have borne the brunt.

The commission, established by the International Religious Freedom Act of 1998, describes itself as an "independent, bipartisan federal government entity established by the U.S. Congress to monitor, analyze and report on threats to religious freedom abroad."

The organization does not favor any particular faith or creed. Rather, it seeks to safeguard religious liberty.

"I think it's important that people have the right to worship as they please -- or not worship," Carr said Wednesday.

Normally, the commission releases its annual report at a press conference in Washington. Due to covid-19, this year's event was held on Zoom.

This year's report emphasized the threat posed to religious liberty by China.

"In 2020, religious freedom conditions in China deteriorated," it stated. Beijing is targeting, in particular, "religions perceived to have foreign connections, such as Christianity, Islam and Tibetan Buddhism. The authorities also continued their unprecedented use of advanced surveillance technologies to monitor and track religious minorities."

Persecution of Muslims in the Uighur region continues, with 380 detention camps alleged to operate there.

"Since 2017, authorities reportedly have sent millions of Muslims to these camps for wearing long beards, refusing alcohol, or exhibiting other behaviors deemed signs of 'religious extremism,'" the report stated.

While much of the focus is on threats to religious liberty, this year's report also highlighted improvements in three countries. Once fertile soil for persecution, Sudan, Bahrain and the Central African Republic have taken significant steps to increase religious liberty, commissioners said.

As recently as 2019, the Central African Republic and Sudan were both classified as countries of particular concern. Due to recent improvements, they should no longer be placed on either list, commissioner said.

The U.S. was supportive of the changes but wasn't driving them, he suggested.

"I don't want to overstate the role of the U.S. in Sudan, in particular. A lot of that trajectory was grassroots from the people of that country, but the United States aided it and helped move it along," Perkins said.

One day before releasing its annual report, members of the commission called on President Joe Biden to "immediately sign" a directive raising the number of refugees that can be admitted into the United States.

Over the past four decades, annual refugee admissions have been capped at 95,000 on average. Then-President Donald Trump lowered the ceiling to 15,000 toward the end of his administration. The Biden administration said it would raise the figure after initially indicating it would keep the limitations in place.