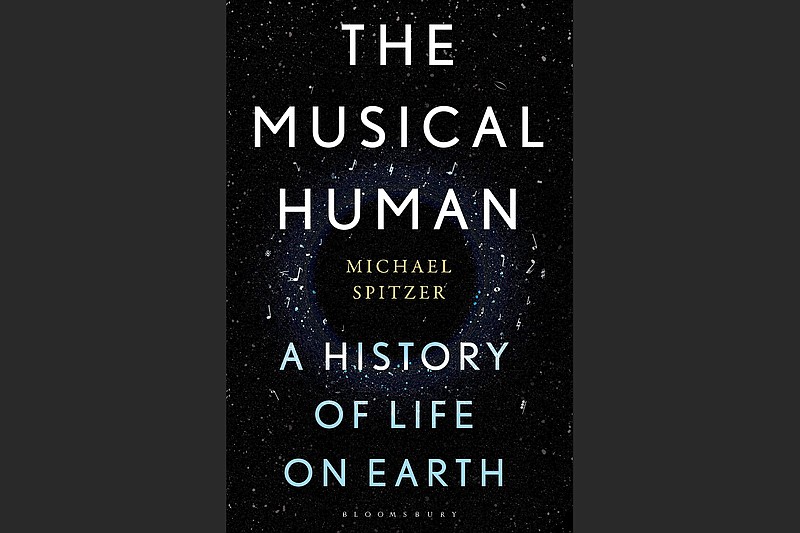 T Bone Burnett — Bob Dylan sideman, recording artist, record producer and revivalist of American roots music — once argued that it all started to go wrong once the record labels figured out how to sell music to people who didn't really like music. This makes sense when you consider the evolution of American pop and how the post-World War II invention of the teenager by marketers was the secret daddy to rock 'n' roll. Music is only part of this cultural practice, and sometimes not even a very important part.

But Burnett's statement only makes sense if we accept the idea that there are people who don't really like music. It certainly seems that these people exist — at least there always seem to be plenty of people who don't care for whatever music we may be listening to at the time. Some people prefer the hum of cable news channels in the background or talk radio in the foreground, a taste for which must surely be acquired.

A few years ago, Harvard cognitive psychologist Steven Pinker asserted that, in evolutionary terms, music was nothing more than "auditory cheesecake" — something that might be very nice indeed but was ultimately inessential to human survival. If this is the case, we shouldn't be surprised people indifferent to music exist.

On the other hand, music exists in every known culture, was present at the very dawn of human awakening and still feels integral to our lives.

Michael Spitzer's "The Musical Human: A History of Life on Earth" (Bloomsbury, $35) may well have been conceived as a rebuttal to what the author calls Pinker's "egregious" claim. It convincingly argues that music is a large part of what makes us human, is central to such human experiences as cognition and feeling, and is the most important thing our species has ever done.

Spitzer, a pianist and professor of music at the University of Liverpool, says in his end-of-book acknowledgments that he wrote the book "quickly" over the course of a few years, but it was based in decades of thinking and talking about music. He arranges the book into three parts, delving into music's central role in our life, history and evolution. Starting with the individual, Spitzer points out that music begins for us as a duet between mother and child — the lilts and tones and trills that comprise baby talk. (See also John Colapinto's "The Voice," reviewed in this space in January.)

We move on to group involvement, school choirs and sing-a-longs and marching bands. Along the way to adulthood, most of us in the western world abandon music as an activity, deferring (sadly, Spitzer believes) to what we see as "gifted" and "talented" performers. His point is we are all born musical, but unexercised muscles can quickly atrophy.

While the organization of the book makes it feel a little like a textbook — and one can imagine a wonderful graduate-level seminar based around it — Spitzer's writing style is light and allusively connective, bouncing from David Bowie to K-Pop to Guido d'Arezzo, the 11th-century Italian monk who invented staff notation. He folds in philosophy, archaeology and biology. He's funny and sharp and fired by passion.

He makes a darn good case that music is both in our blood and a chief organizing principle of civilization. Among our early tools were bone flutes, one of which was discovered in a cave at Geissenklosterle in what is now southeastern Germany. This 40,000-year-old instrument, made from the radial bone of a vulture, has five holes that, remarkably, correspond to a pentatonic scale. This means that, even before we'd learned to farm or settle in one particular place, our nomadic ancestors were familiar with the concept of pitch. (And that the bone flutist could jam with the lawyers and dentists at the local pub's Blues Night.)

"A musical tone instantly communicates its sense of the numinous," Spitzer writes. "It feels 'wholly other' like a ray emanating from the spirit realm. This is why music was such a natural accompaniment to ritual from the dawn of time, a kind of sonic pageantry."

Spitzer tracks the ways music has insinuated itself into our lives and how, while its role changes, it remains a fundamental and defining characteristic of our humanity. It changes us as well — the advent of recorded music made it routine for us to listen to disembodied ghosts, the sounds produced by men and women long dead. The pandemic has pushed us more and more into isolated listening. With live venues shuttered, most of us listened to music alone, isolated from the crowds.

"The Musical Human" is a rich, dense cake that might best be consumed in moderate portions. But it might change the way you think about music, particularly if you are someone who isn't all that sure music is as necessary as its advocates insist. Spitzer makes a bold and compelling case that there is no finer thing we do.