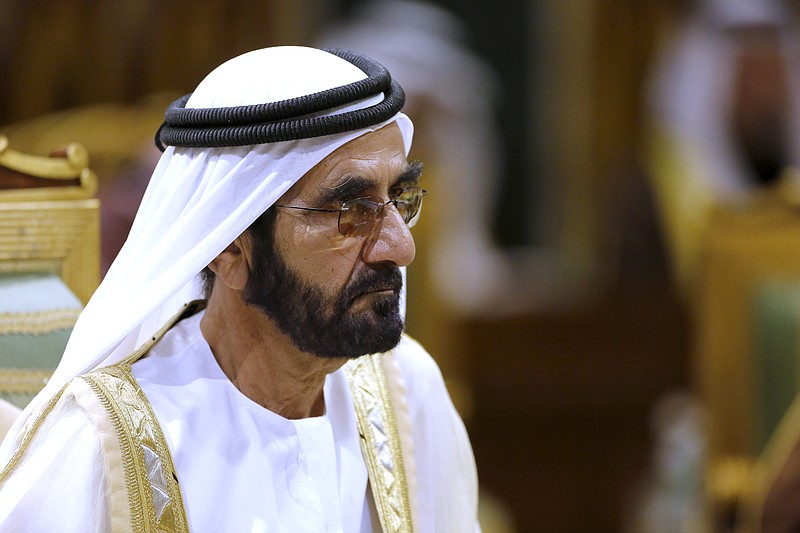 Winning major horse races around the world is the lifeblood of Godolphin, and there's none bigger than the Kentucky Derby.

Getting his hands on the gold winner's trophy on the first Saturday in May has been a decades-long quest for Godolphin founder Sheikh Mohammed bin Rashid Al Maktoum, prime minister and a vice president of the hereditarily ruled United Arab Emirates.

"It's such an elusive place to get to," said Jimmy Bell, who runs Godolphin's U.S. operations.

Horses owned by the Maktoum family have won many of the world's other famous races, including the Breeders' Cup Classic, Epsom Derby, Melbourne Cup, Prix de l'arc de Triomphe and the Dubai World Cup, a $12 million race he invented.

Still, the Derby has eluded the 71-year-old sheikh and his brothers, but certainly not for a lack of trying. Godolphin is 0 for 11, having made its first attempt in 1999.

Its next chance comes Saturday at Churchill Downs with undefeated Essential Quality. Bred and owned by the sheikh, the gray colt has already earned over $2.2 million and is the top points qualifier for the 147th Derby. He's expected to be the early favorite in a likely full field of 20 horses.

"It would be the biggest accomplishment," said Brad Cox, who would become the first Louisville-born trainer to win the race. "It's been a real honor to train for such a global empire and to have a horse like this."

Based in Dubai, Godolphin operates in Australia, Britain, France, Ireland, Japan and has six farms in Kentucky.

The amount of time and money the Maktoum family has invested in each attempt confirms the passion. The family's last four Derby runners have been homebreds, which are horses bred and raced by the current owner.

Homebreds have won the Derby 64 times, including 10 of the last 17 years.

"They're a classy organization that obviously is dealing with some high-end bloodstock, some of the best bloodlines in the world," Cox said.

Kiaran McLaughlin worked for the Maktoums in the UAE from 1993-2003. He trained three of their Derby runners -- including Frosted, Godolphin's highest-placing finisher who was fourth behind eventual Triple Crown winner American Pharoah in 2015.

"They've built up a fabulous breeding operation. They have the best sires going to the best mares. A lot of thought is put into each mating," McLaughlin said by phone from New York. "The approach to do it is about the horse. If the horse got real good in Dubai or somewhere else, they would try to bring them to win the Derby."

Besides Cox and McLaughlin, the family has tried to win with American trainers before. Doug Watson, McLaughlin's former assistant, trained another of the sheikh's Derby entries, as did Ireland-born and U.S.-based Eoin Harty.

"Everybody wants to win the Kentucky Derby, but I don't think anyone deserves it more than Sheik Mohammed because he has put so much into the game and not just money," McLaughlin said.