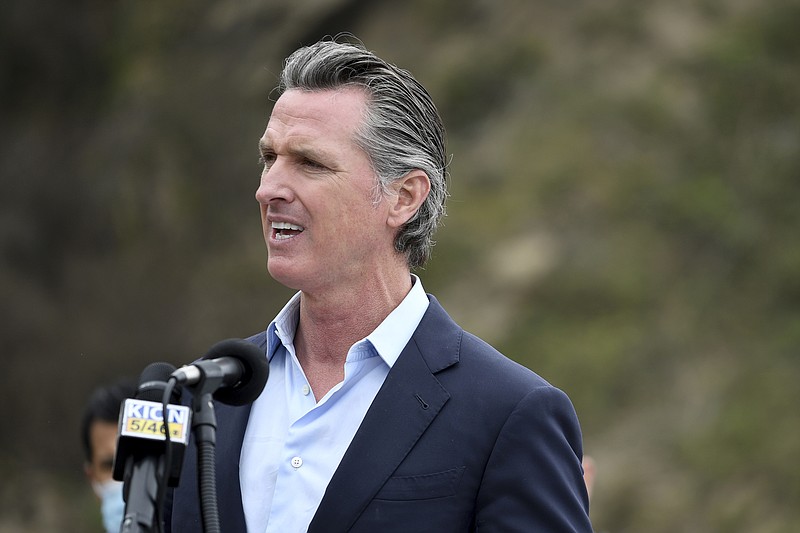 FILE - In this April 23, 2021, file photo, California Gov. Gavin Newsom speaks during a press conference about the newly reopened Highway 1 at Rat Creek near Big Sur, Calif. Organizers of the recall effort against Gov. Newsom collected enough valid signatures to qualify for the ballot. The California secretary of state’s office announced Monday, April 26, 2021 that more than 1.6 million signatures had been verified, about 100,000 more than needed to force a vote on the first-term Democrat. (AP Photo/Nic Coury, File)

"The people of California have done what the politicians thought would be impossible," said Orrin Heatlie, the retired county sheriff's sergeant who launched the recall effort last year. "Our work is just beginning. Now the real campaign is about to commence."

Heatlie spearheaded the signature collection effort that began last June and then picked up momentum in the fall as frustration grew over Newsom's coronavirus-related actions. The California secretary of state's office said more than 1.6 million signatures had been deemed valid as of Monday, about 100,000 more than required.

People who signed petitions now have 30 days to withdraw their signatures, though it's unlikely enough will do so to stop the question from going to voters.

The recall against Newsom, a first-term Democrat seen as a future White House hopeful, will be among the highest-profile political races in the country this year. He launched a campaign to fight the effort in March alongside endorsements from Democrats including U.S. Sens. Elizabeth Warren, D-Mass., and Bernie Sanders, I-Vt. So far no other Democrats have jumped in to run against him.

"I am not going to take this fight lying down," read a fundraising appeal sent by Newsom shortly after Monday's announcement about the signatures. "There is too much at stake, and I intend to win."

His campaign manager, Juan Rodriguez, repeated criticism that the campaign is a partisan effort by pro-Trump Republicans that "seeks to undo the important progress we've made under Governor Newsom -- fighting COVID, supporting families who are struggling, protecting our environment, common-sense gun safety laws."

An election is likely in the fall and voters would face two questions: Should Newsom be recalled and who should replace him? The votes on the second question will only be counted if more than half say yes to the first.

If Newsom survives the recall he will be up for reelection in 2022.

"Californians from all walks of life are seizing this historic opportunity to demand change," Faulconer said in a statement. "As the only candidate who's won tough elections and enacted real reform, I am ready to lead this movement."

Dozens of other candidates, serious and not, are expected to enter the race. 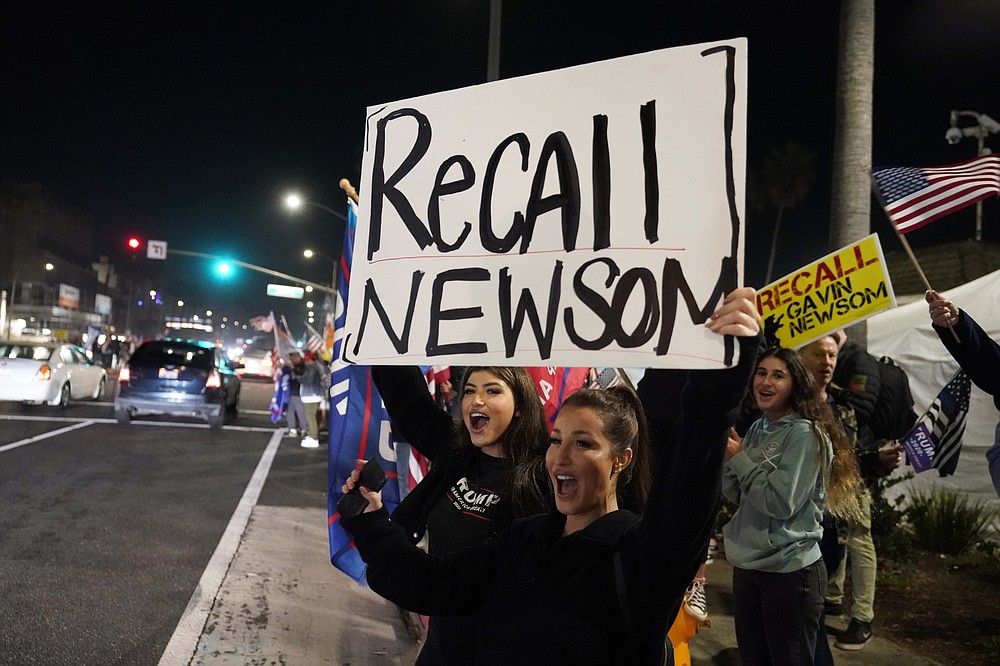 FILE - In this Nov. 21, 2020, file photo, demonstrators shout slogans while carrying a sign calling for a recall on Gov. Gavin Newsom during a protest against a stay-at-home order amid the COVID-19 pandemic in Huntington Beach, Calif. Organizers of the recall effort against Gov. Newsom collected enough valid signatures to qualify for the ballot. The California secretary of state’s office announced Monday, April 26, 2021 that more than 1.6 million signatures had been verified, about 100,000 more than needed to force a vote on the first-term Democrat. (AP Photo/Marcio Jose Sanchez, File)
ADVERTISEMENT