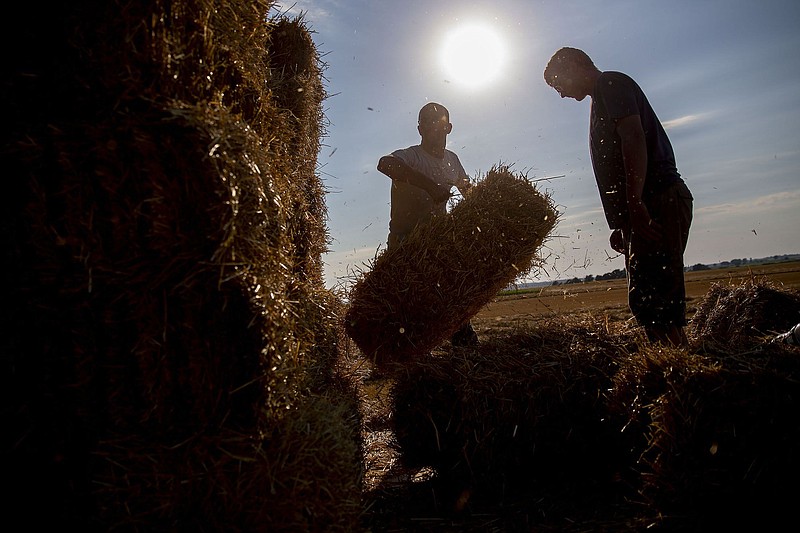 A worker stacks a straw bale at a recently harvested wheat field in the village of Kirkland in Dekalb, Illi., on July 9, 2018. MUST CREDIT: Bloomberg photo by Daniel Acker

A crop price rally in the U.S. is threatening to make essential food commodities dramatically more expensive, and the costs could soon spill over to grocery store shelves.

Wheat, corn and soybeans, the backbone of much of the world's diet, are all surging to the highest prices since 2013 after gains last week had some analysts warning that a speculative bubble was forming.

Bad crop weather in key producing countries is a major culprit. Dryness in the U.S., Canada and France is hurting wheat plants, as well as corn in Brazil. Rain in Argentina is derailing the soy harvest. Add to that the fears of drought coming to the American Farm Belt this summer.

Meanwhile, China is gobbling up the world's grain supplies, on track to take in its biggest haul of corn imports ever as it expands its huge hog herd.

The agricultural rally is stirring food inflation fears, because staple crops heavily influence consumer prices for everything from bread and pizza dough to meat and even soda. The Bloomberg Agriculture Spot Index -- which tracks key farm products -- soared the most in almost nine years last week.