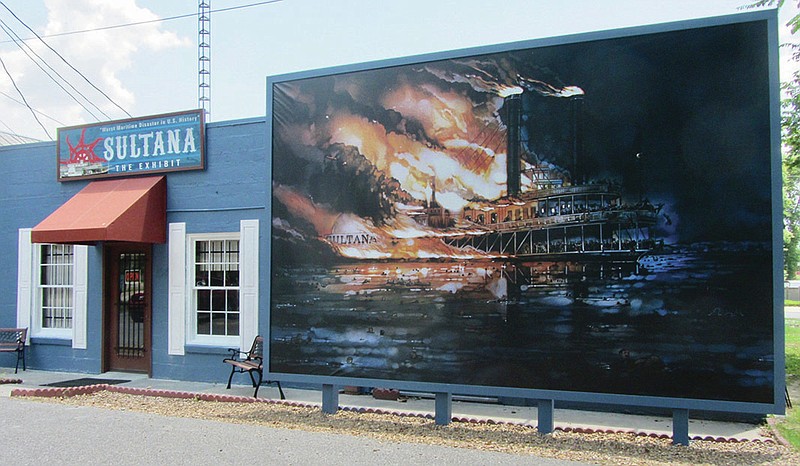 Special to the Democrat-Gazette/MARCIA SCHNEDLER Sultana Disaster Museum in Marion tells the story of the nearby Mississippi River steamboat explosion and fire that caused 1,700 to 1,800 fatalities in 1865.

Gov. Asa Hutchinson said that $750,000 in state funds will be provided over the next two years to help the Sultana Disaster Museum in Marion renovate and move into a historic gymnasium.

The Sultana Historical Preservation Society announced the kick-off of its public fundraising campaign on Tuesday.

Including the state's contribution, the Society has already raised about $2 million toward its goal of $7.5 million.

The museum honors those who died in America's greatest maritime disaster. More than 1,100 died.

On April 27, 1865, a boiler on the Sultana exploded, engulfing the steamship in flames before sinking it into a muddy grave on the Arkansas side of the Mississippi River. The disaster took place about 7 miles north of Memphis.

The Sultana, with a legal capacity of 376, was overloaded with Union soldiers recently freed from Confederate prisons in Alabama and Georgia. They were trying to get home to the Midwest after a long march to Vicksburg to board the ship.