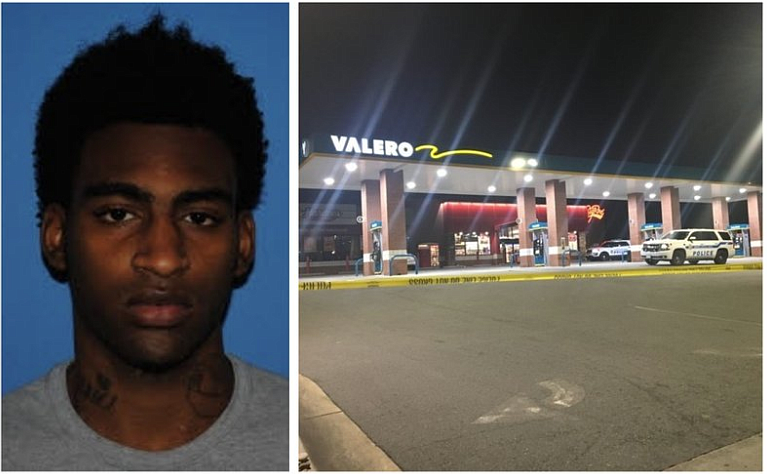 The North Little Rock teenager who killed an airman who tried to stop him and a friend from holding up a convenience store pleaded guilty to first-degree murder and aggravated robbery on Monday in exchange for a prison sentence that will keep him behind bars until he is at least 59 years old.

Drequan Lamont Robinson, whose first-degree murder charge was reduced from capital murder, received a 60-year sentence that requires him to serve at least 70% -- 42 years -- before he can qualify for parole.

Robinson turned 17 about a month before fatally shooting Senior Airman Shawn Arnold McKeough Jr. in March 2019 at the Valero Big Red convenience store across the street from Dickey-Stephens Park in North Little Rock.

Jailed since his arrest three days after the slaying, Robinson, now 19, told the officers who caught him that "I didn't mean for the dude to die," and he later confessed to what he'd done, chief deputy prosecutor John Johnson told Pulaski County Circuit Judge Cathi Compton at Monday's plea hearing.

Robinson is the last of the four defendants to plead guilty. The other three reached plea agreements that required them to testify against Robinson if he had gone to trial, the prosecutor said.

McKeough's murder was recorded by store security cameras that showed the Maine native and his fiancee, 22-year-old Sarah Terrano, in the store when two robbers burst in with guns, one wearing a hoodie pulled over his head and the other wearing a panda hat that covered his face.

When the robbers ordered everyone in the store -- two clerks and seven customers -- to get down on the floor, McKeough lunged for the panda-hat robber, but the second gunman turned and shot him in the face. The prosecutor said the bullet went through McKeough's mouth and severed his spine, killing him instantly.

McKeough had been stationed in Germany, Kuwait and South Korea before transferring to Central Arkansas, and he planned to stay in the state once his service was completed. He was in the process of buying a house when he was killed, his family said.

The panda-hat robber's face was obscured, but the face of the hoodie-wearing gunman could be seen, and tipsters who recognized Robinson called police after investigators released photos of the robbery, the prosecutor said.

In custody, Robinson identified the three others with him the night of the robbery and described how they came up with the idea of robbing a store earlier that night and then spent an hour driving around looking for a store to rob before choosing the Big Red, police said.

Investigators identified the panda-hat robber as Darrius Bernard Stewart of Little Rock, who was 17 at the time. Now 19, Stewart was the first to plead guilty, admitting to first-degree murder, reduced from capital murder, in December 2019 in exchange for a 30-year sentence that requires him to spend 21 years in prison before release.

The two Little Rock brothers who stayed in the car while Robinson and Stewart went inside the store each received 10-year sentences, with 18-year-old Keith Keshawn Harris, the getaway driver, pleading guilty to aggravated robbery, and Keith Lamont Harris Jr., 19 and the oldest of the group, pleading guilty to being a felon in possession of a firearm.