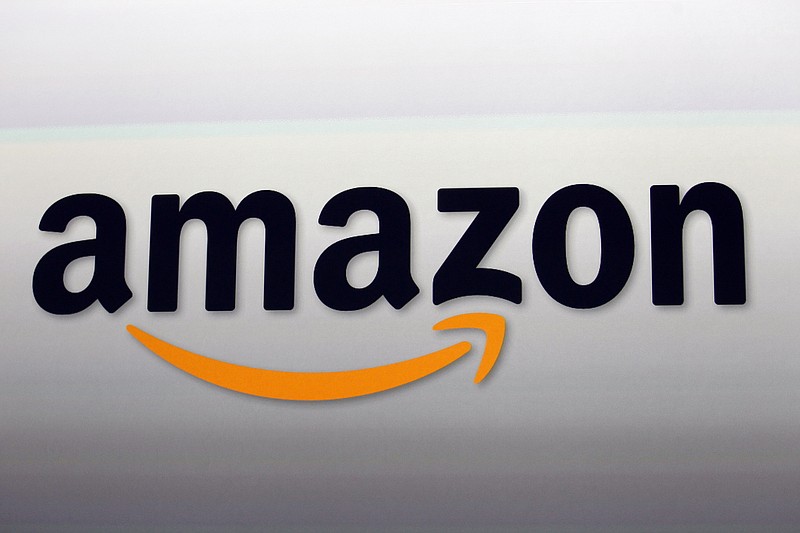 Amazon.com Inc.'s effort to hire 1,500 people to work at two new facilities in Central Arkansas is set to start this week with the e-commerce giant facing a challenging job market.

Staffing the new fulfillment centers -- one at the Port of Little Rock and the other in North Little Rock -- is the largest single such effort that Jay Chesshir said he can remember in his time leading the Greater Little Rock Chamber of Commerce, perhaps even in his lifetime, and will elevate the global online retail and technology company to one of the top employers in Central Arkansas.

"I don't recall anybody at one time trying to hire more than 600 people," the chamber's president and chief executive officer said Tuesday. "There may have been a time in Fort Smith with Whirlpool. But I don't recall in my life anybody getting to a thousand, much less 1,500."

But there is some concern it is too much of a good thing, coming as employers, particularly in the hospitality industry, say that they can't find enough people to fill their openings.

A lack of applicants was one of the top concerns for 17 businesses that the chamber recently surveyed at the port. The businesses employ 2,000 people at the port. Ten of them are advertising a total of 200 job openings and three others say they will soon be looking for additional workers.

"What won't surprise you [is there are] a lot of conversations about workforce," James Reddish, the chamber's executive vice president, told the Little Rock Port Authority board last week. "This is something we're not just hearing in the port but all across the region. As a number of dynamics in the marketplace come together, it's a tough time to be hiring."

Those dynamics include the state's regular unemployment benefits and the $300 weekly Federal Pandemic Unemployment Compensation.

The average state unemployment weekly benefit is about $240, said Zoe Calkin, spokeswoman for the Arkansas Division of Workforce Services.

Together, the two payments total $540, which is a little less than the $600 weekly people will receive for working at Amazon. Their employees start at $15 an hour, said Daniel Martin, a company spokesman.

The unemployment benefits are tax free, which is like making closer to $19 an hour, Chesshir said.

"Because of that if you're trying to hire people at $15 an hour, or at $18 an hour and people can recognize that until the end of the September they can make more than that, and not work, knowing full well that jobs are available today and will be available then. That's the frustration that I'm hearing every day from people who can't find people right now," he said.

Chesshir said some areas of the United States need the enhanced pandemic benefits.

"But what about places where unemployment is about 4% and the labor force has gone down significantly in terms of people actually in the labor force and looking for work? ... now you're adding an incentive for people not to go back to work," he said.

While more Arkansans are going back to work, the labor force in March declined for the third-consecutive month -- raising concerns for Gov. Asa Hutchinson.

"We do need to increase the numbers in the workforce, and the pandemic has reduced the number of Arkansans available to work," he said in a statement earlier this month. "Hopefully, this is short term because hundreds of employers need workers each day."

The state labor force has lost more than 16,000 workers since the beginning of the year. The issue troubles economic development officials because it could make open positions harder to fill for employers.

Which is why Chesshir said the chamber is helping Amazon spread the word about the job openings. Amazon's hiring process is typically all online, but not this time.

The company, in partnership with the chamber of commerce, is holding two virtual information sessions and one drive-thru job fair this week to provide details on the warehouse associate positions and the hiring process.

The virtual sessions, both covering the same information, will be held at 6 p.m. Thursday and 9:30 a.m. Friday. The drive-thru job fair will be held from 10 a.m. to 3 p.m. Saturday at the Little Rock Workforce Center, 5401 S. University Ave.

During the virtual session and drive-thru event, company officials will describe the position requirements, including the minimum hiring age of 18 and the need for a high school diploma or equivalent. Job benefits also will be covered.

"We'll have several staffers on hand to manage the drive-thru and virtual events," Amazon's Martin said in an email.

Hiring for both the Port of Little Rock and North Little Rock facilities is set to begin in late May with anticipated starting dates in mid- to late summer 2021, according to a chamber news release.

"Amazon employees go through a variety of training classes and on-the-job training before and after the launch of our facilities," Martin said.

Chesshir said there likely will be at least one more drive-thru event, at the West Central Community Center on John Barrow Road in Little Rock. The chamber also is promoting the job openings through churches and through the Mexican consulate, he said.

"We're trying to pull out all the stops so that anybody in Little Rock that wants an opportunity like this is made aware of it," Chesshir said. "We're using various platforms to make people aware of the posts -- radio, email, media."

He said he thinks the hiring difficulties are temporary.

"People are smart -- they can add and subtract and understand what is available to them based upon what is being offered versus what they're getting," Chesshir said. "When those programs start to go away and we get back to a more normal assistance scenario, then obviously folks will get more motivated to get back into the workforce."

The 1,500 employees Amazon is seeking will add to the 650 the company already has on the ground in Arkansas, Martin said.

The 2,150 employees would rank Amazon as the seventh largest private employer in Central Arkansas, just behind Arkansas Blue Cross/Blue Shield, which has 2,590 employees, according to Kristi Barr, the workforce development and education director for the chamber and just ahead of both Dillard's Inc. and Union Pacific Railroad, each of which employ about 2,000.

The region's largest employer is Baptist Health, with a workforce of 6,590.

To learn more and to register for one of the virtual information sessions, Amazon job seekers can visit www.AmazonLR.com.

Information for this article was contributed by Andrew Moreau of the Arkansas Democrat-Gazette.