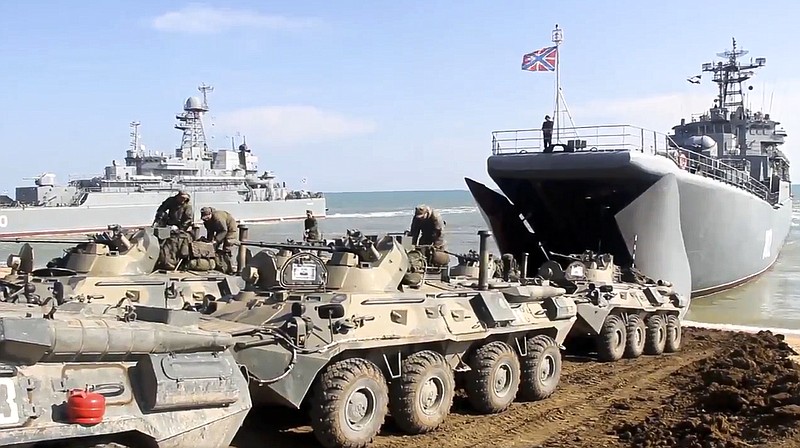 MOSCOW -- Russia's defense chief said Tuesday that a troop pullback from areas near Ukraine had nothing to do with Western pressure, adding that Moscow will continue doing what is necessary to protect itself.

The recent Russian troop buildup near Ukraine worried the West, which strongly urged the Kremlin to withdraw its forces. Shoigu, who ordered the drawdown on Thursday after drills, scoffed at the Western calls as inappropriate.

"Some even warned us that our activities on our own territory will have consequences," Shoigu said. "I would like to emphasize that we don't see such warnings as acceptable and will do everything that is necessary to ensure the security of our borders."

He pointed to the deployment of NATO troops near Russia as a cause for Moscow's concern.

"The U.S. and NATO activities to increase combat readiness and build up their presence have contributed to an increase in military threats," Shoigu said, noting that Moscow was closely monitoring the deployment of U.S. troops and weapons in Europe as part of NATO's Defender Europe 2021 drills.

The Russian Black Sea Fleet said Tuesday that its flagship, the Moskva missile cruiser, has left its port of Sevastopol in Crimea for missile launch drills. The navy said that its assets were monitoring the U.S. Coast Guard vessel Hamilton that sailed into the Black Sea Tuesday.

Last week, Russia closed off wide sectors of the Black Sea near Crimea to foreign warships until November, shrugging off Ukrainian and Western complaints.

In 2015, France and Germany helped broker a peace deal that was signed in Minsk, the capital of Belarus. The agreement helped end large-scale battles, but skirmishes have continued and a peace settlement has stalled.

The deal obliged Ukraine to grant broad autonomy to the rebel regions and declare an amnesty for the rebels, and stipulated that Ukraine would regain full control of its border with Russia in the rebel-held territories only after they elect local leaders and legislatures. Many in Ukraine saw the deal as a betrayal of national interests and opposed it.

The latest round of the so-called "Normandy Format" talks between the leaders of Russia, Ukraine, France and Germany in December 2019 brought no progress.

Ukrainian officials have continuously pushed for revising the Minsk agreement and inviting the U.S. and other powers to join the peace talks, ideas Russia has rejected.

On Tuesday, Ukrainian President Volodymyr Zelenskyy reaffirmed a call for modifying the Minsk agreement and inviting other countries to help broker peace talks.

"I believe that the Minsk agreement should be flexible," Zelenskyy said. "The 'Normandy format' could be extended to involve other serious, powerful players on a parallel track," Zelenskyy added,

Information for this article was contributed by Yuras Karmanau of The Associated Press. 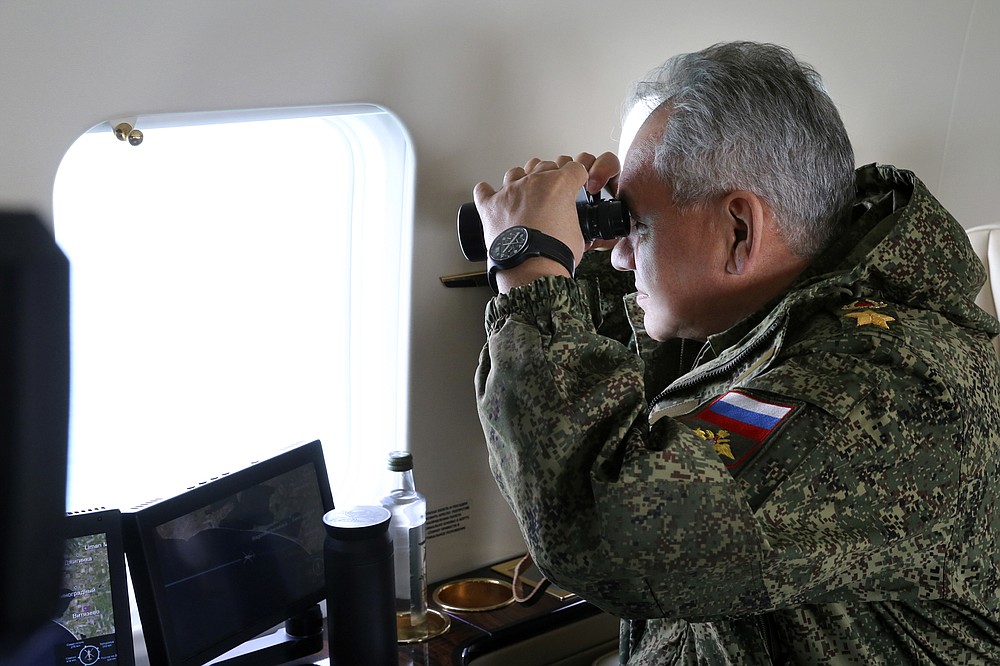 This handout photo released on Thursday, April 22, 2021 by the Russian Defense Ministry Press Service shows, Russian Defense Minister Sergei Shoigu watches drills form a board of military helicopter in Crimea. The Russian military is conducting massive drills in Crimea involving dozens of navy ships and thousands of troops in a show of force amid tensions with Ukraine. The maneuvers were described as the largest since Russia annexed Ukraine's Black Sea peninsula in 2014 and threw its weight behind separatist insurgents in eastern Ukraine. (Vadim Savitsky/Russian Defense Ministry Press Service via AP)
ADVERTISEMENT