UNDER THE RADAR: Morrilton's Henry Cowles 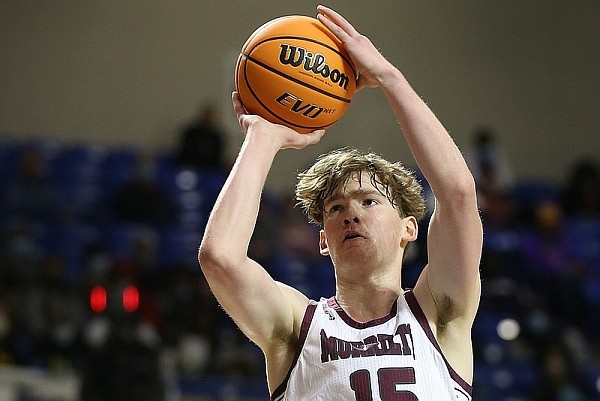 Morrilton's Henry Cowles (15) shoots the ball during the third quarter of Morrilton's 49-46 loss to Mills in the Class 4A boys state championship game on Saturday, March 10, 2021, at Bank OZK Arena in Hot Springs.

On Wednesdays, we feature an in-state prospect who could be flying under the radar of college coaches. This week's UTR prospect is Morrilton’s Henry Cowles.

Stats: As a junior, he averaged 7 points, 5 rebounds and 1 block over 15 minutes per game.

“For us, how we wanted to play had already been defined in our short preseason going into the season. He walked in the day before, so we had to figure out a way without changing who we would try to become as a team to incorporate him in. Certain games he was able to play for us and certain games he wasn’t. I just told him, ‘Son, your time is coming this year when you’re going to be the best player on the floor and you’re going to help us.' Lo and behold, the state semifinals and state finals he had the two biggest games of his career for us, allowed us to beat Magnolia and get to the finals. We’re probably a stop or two from possibly beating (Little Rock) Mills in the championship game.”

Needed around the rim as a junior:

“He probably played eight feet in for us probably 99% of the time, but he has the ability to stretch the floor. He can shoot the midrange. He has a nice touch from the three. The team we had last year, for him to help us the most and to be on he floor for us at key moments, we needed him around the rim because he was a matchup problem for most teams. I think this year you’ll be able to see a little bit wider of range and variety of what he can do as far as shooting the midrange shot. We’ll do some things for him where he’ll be able to roll to the top. If the three-ball is there we’ll give him he green light to take that shot. We can roll him and post Joe (Pinion) or post Henry and roll Joe.

“His season stats won’t reflect how important he was to our success this year. Next year those numbers are going to go up. When I tell you I’m excited, I’m excited about him like I was when I could see it in Joe. I knew he was going to be really good. I can see it in Henry. I can see it coming.”