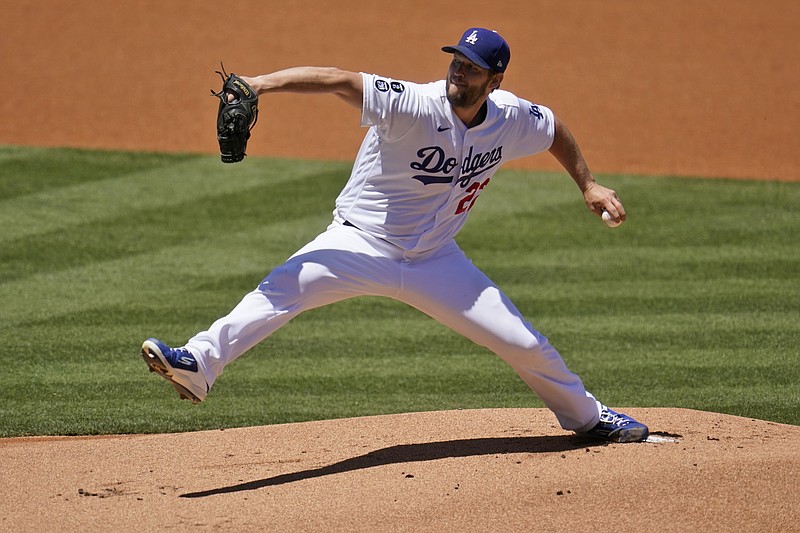 ST. LOUIS -- Andrew McCutchen returned to the lineup and drove in the go-ahead run, helping the Philadelphia Phillies beat the St. Louis Cardinals 5-3 Wednesday night after Bryce Harper was hit in the face by a pitch.

Harper left the game in the sixth inning after getting hit in his left cheek on a 96.9 mph fastball from left-handed reliever Genesis Cabrera (0-1).

Harper posted a video on Instagram that said: "Everything came back good. The face is still there. See ya soon."

The All-Star slugger picked himself up and walked off the field, blood dripping from a cut near the side of his nose.

"He went to the hospital to get a CT scan. We're awaiting the news. We just pray that everything is OK there. We hope there's no fractures," Phillies Manager Joe Girardi said. "He was bleeding. He's a tough character. Say a prayer."

Cabrera hit the next batter, Didi Gregorius, with a 94 mph fastball. Girardi came out of the dugout to complain to plate umpire Chris Segal and was ejected.

"I've been hit in the face, broke my nose. It's scary," Girardi said. "I don't think he did it on purpose. I'm not saying that. But for the protection of the players, he has to go."

Cabrera, through translator Antonio Mujica, expressed remorse for his pitching.

"I'm very sorry for Bryce Harper," Cabrera said. "I want to again to apologize to all of the action that happened, especially to Harper. I really wish him the best and I hope he has a speedy recovery. The game got away from me. I'm really sorry for everything that happened. It was not intentional."

RAYS 2, ATHLETICS 0 Tyler Glasnow (3-1) struck out 10 and gave up 5 hits in 7 innings, dealing Oakland its third loss in four games after a 13-game winning streak.

ASTROS 7, MARINERS 5 Pinch-hitter Jason Castro drew a bases-loaded walk to put Houston in front during a four-run eighth inning, and the Astros rallied to beat Seattle.

ROYALS 9, PIRATES 6 Jorge Soler had 2 doubles among his 3 hits and drove in 3 runs as Kansas City beat Pittsburgh. 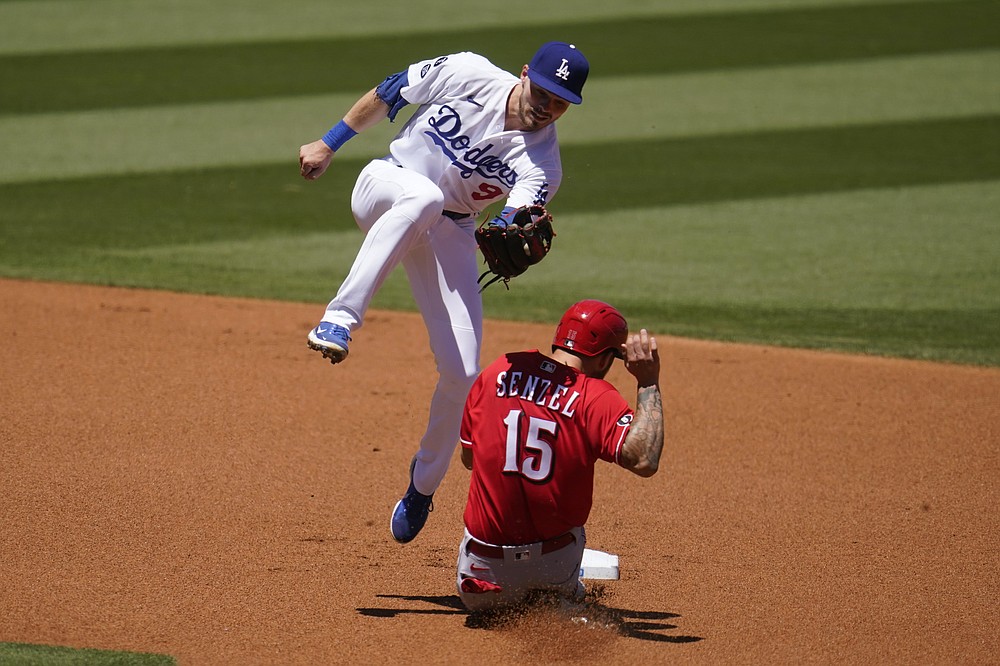 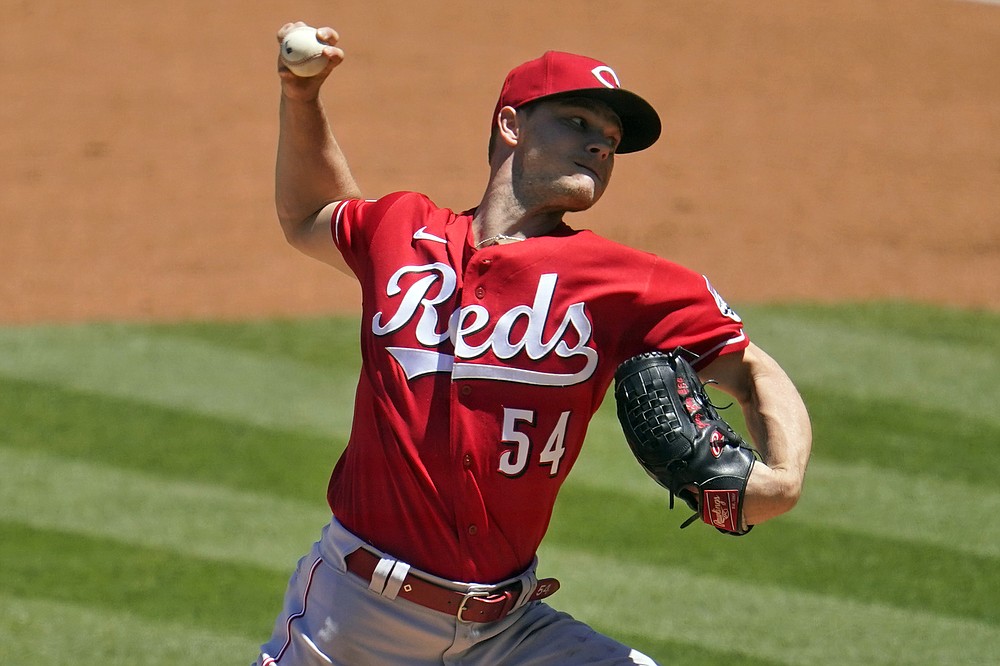 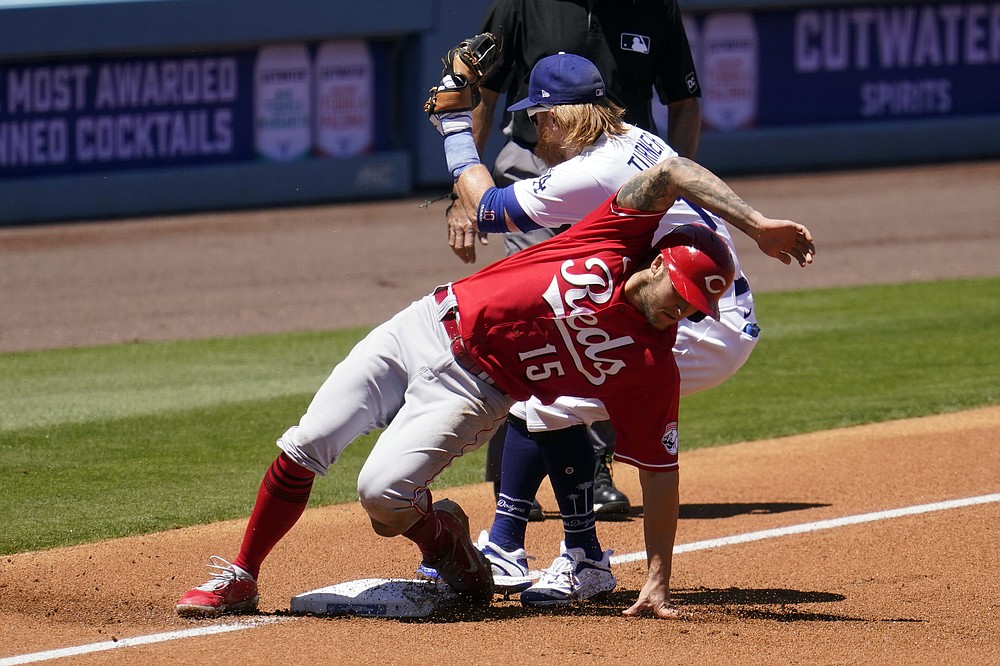 Cincinnati Reds' Nick Senzel (15) is tagged out at third base by Los Angeles Dodgers third baseman Justin Turner on a steal attempt during the first inning of a baseball game Wednesday, April 28, 2021, in Los Angeles. (AP Photo/Marcio Jose Sanchez) 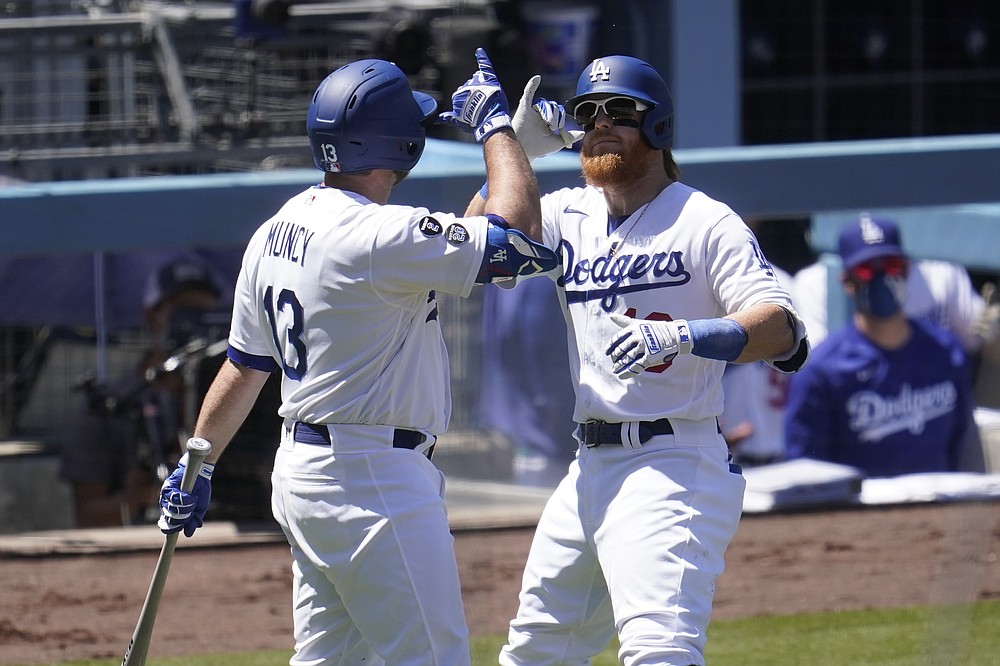