Go Forward Pine Bluff, under the leadership of CEO Ryan Watley, presented renderings that would transform a two-block area from Sixth Avenue and Main Street to State Street into a thriving community space for shopping, food and fun.

On Tuesday evening at the Pine Bluff Library, stakeholders filled the conference room to listen to a presentation from James Meyer of Taggart Architects, on behalf of Go Forward Pine Bluff, to the Pine Bluff Development and Planning Committee and others.

"Where we live is important," said Meyer. "One of the things that Pine Bluff needs that we haven't seen mentioned is things to do. How do we create a place where people want to spend time and invest?"

Meyer's answer was to take the underdeveloped and underutilized space in the area and create a place that has restaurants and retail, a rooftop bar, an amphitheater and residential living areas.

"Right now, if you are familiar with it, it is a flat, hard-space plaza across the street," said Meyer, who identified the present-day structures -- an empty-surface parking lot with an orange, square warehouse building, a drive-thru Simmons Bank branch and an empty square of green space and a parking lot. Those structures, he said, would remain in place but would be enhanced to help revitalize the area.

The enhancements would also include a historic context, with features coming from reclaimed building materials such as brick, granite and flooring.

Divided into four zones, zone 1 would transform the existing hard-surfaced plaza into a more attractive and welcoming entrance.

The plaza would feature new seating berms, rainwater gardens, a bridge and an interactive water fountain the public could splash into or simply walk under.

Meyer said the goal was to make the area enjoyable for all ages.

Zone 2 would become a retail haven filled with decorative containers that could be used for the entrepreneur who doesn't have or isn't looking for a storefront.

The containers would be curbed with a power supply, with many possibilities for what the space could be used for. Examples given in the presentation were retail, food and meetings.

Zone 2 would also feature a 1,250-square-foot retail incubator, transforming the Simmons Bank branch into micro storefronts and allowing retailers to occupy these temporary stores that would have either been too risky or financially prohibitive for a retail startup.

A food hall with a rooftop bar would also be featured in zone 2.

Meyer said the plan would transform the orange warehouse building and create an elevated roof to feature a rooftop bar that would have a direct entrance separate from the food hall.

The rooftop bar would present an outdoor dining experience overlooking the city's skyline.

Meyer said the warehouse building is already set up as a food incubator that can be rented out, an arrangement that would be perfect for food truck owners.

A large amphitheater would fill zone 3.

A simple yet modern design, the amphitheater would have a stage with a background and a lattice stage cover facing toward the seating plaza.

Adjacent to the amphitheater would be green space with a walking trail.

With an existing neighborhood already, zone 4 would enhance the residential living space, adding a 15-unit apartment with townhouses across from them.

Meyer said that when it comes to residential development, creating space for mixed incomes is what creates community.

With the apartment units, a possible restaurant or boutique could be attached, and Meyer said the townhouses didn't necessarily have to be owner-based, suggesting a few could be used for short-term rentals, such as Airbnb, to attract tourism.

Meyer said the plan calls for a considerable change, but the change would be happening with what is already available.

Stakeholders in attendance, which included several city leaders, said they felt the plan presented an opportunity that could turn into numerous possibilities for the area.

No associated cost was presented during the presentation.

Watley said the next steps are to seek out partners and work with them on the development that intertwines commerce and culture.

Watley said he will meet with each stakeholder to gather feedback, pull resources and see how this plan fits into the overall plan of revitalization of the downtown area.

Community feedback about the downtown proposal is welcomed by emailing info@goforwardpb.org. 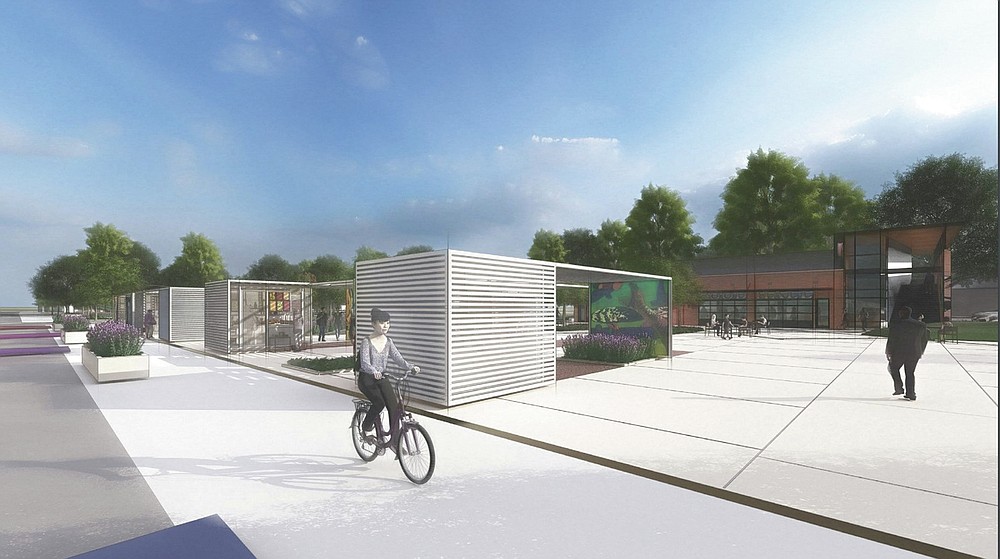 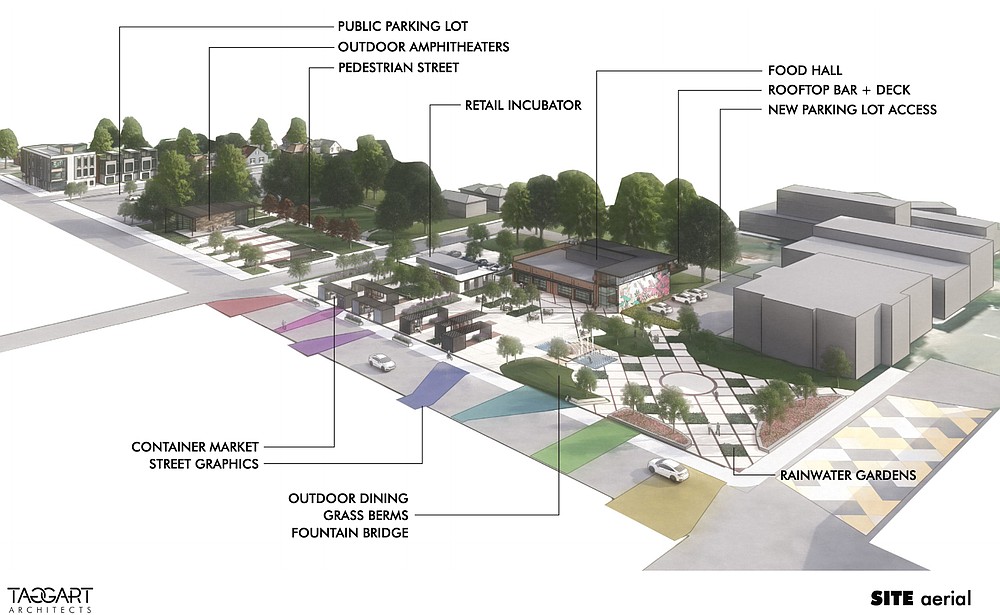