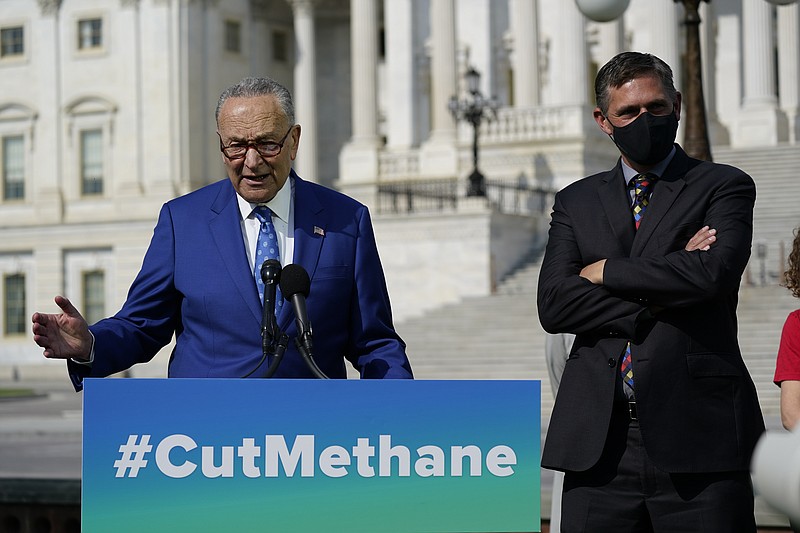 WASHINGTON -- Congressional Democrats are moving to reinstate regulations designed to limit greenhouse gas emissions from oil and gas fields, as part of a broader effort by the Biden administration to tackle climate change.

The Senate approved a resolution Wednesday that would undo an environmental rollback by President Donald Trump that relaxed requirements of a 2016 Obama administration rule targeting methane emissions from oil and gas drilling.

The resolution was approved in a 52-42 vote. Three Republican senators -- Susan Collins of Maine, Lindsey Graham of South Carolina and Rob Portman of Ohio -- joined Democrats to approve the measure, which only needed a needed a simple majority under Senate rules.

The legislation now goes to the Democratic-controlled House, where it is expected to win approval.

Democrats and environmentalists called it one of the Trump administration's most egregious actions to deregulate U.S. businesses. Methane is a potent greenhouse gas that contributes to global warming, packing a stronger punch in the short term than even carbon dioxide.

Preventing methane leaks at oil and gas sites "is a huge part of how we prevent a 1.5 degree [Celsius] rise in global temperatures," a key aim of the climate-change fight, said Sen. Martin Heinrich, D-N.M.

Heinrich, a member of the Senate Energy and Natural Resources Committee, co-sponsored the resolution under the Congressional Review Act, which allows Congress to overturn certain regulations that have been in place for a short time. The Trump rule was finalized in September.

Heinrich called the resolution "a no-brainer," saying that preventing leaks of methane -- a type of natural gas -- will save companies money, put people to work and help prevent global warming.

"I'm surprised and a little disappointed this is not broadly bipartisan," Heinrich said, noting that many energy companies -- including Shell Oil Co., Occidental Petroleum and Cheniere Energy Inc. -- support reinstatement of the Barack Obama-era rule.

"It's sort of inertia and dogma at this point" by Republicans to oppose the methane rule, he said in an interview. 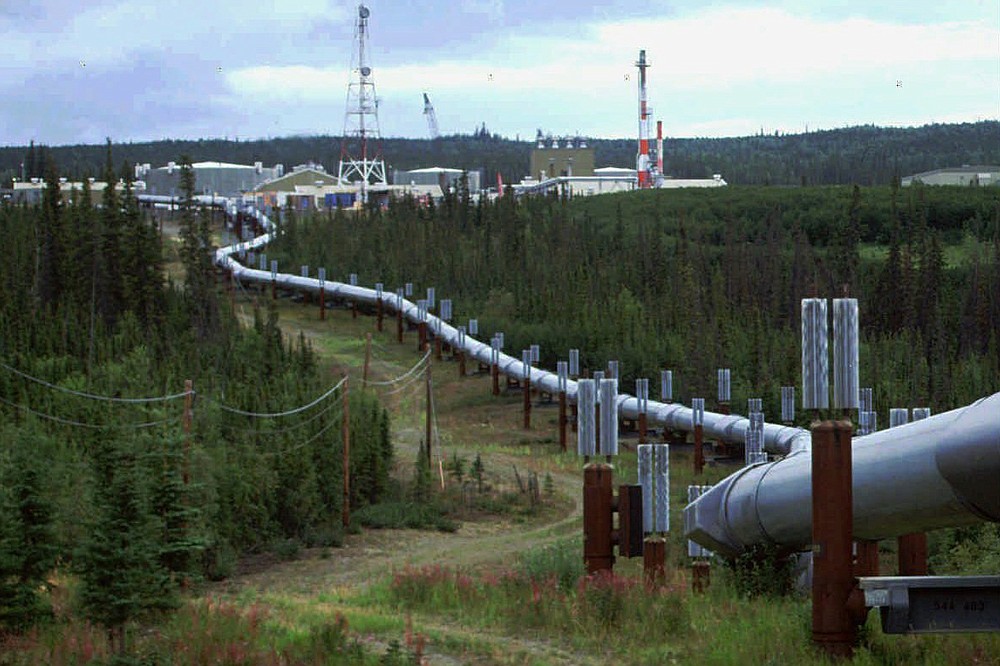 FILE - In this undated file photo the Trans-Alaska pipeline and pump station north of Fairbanks, Alaska is shown. Congressional Democrats are moving to reinstate regulations designed to limit potent greenhouse gas emissions from oil and gas fields. It's part of a broader effort by the Biden administration to combat climate change.(AP Photo/Al Grillo, file) 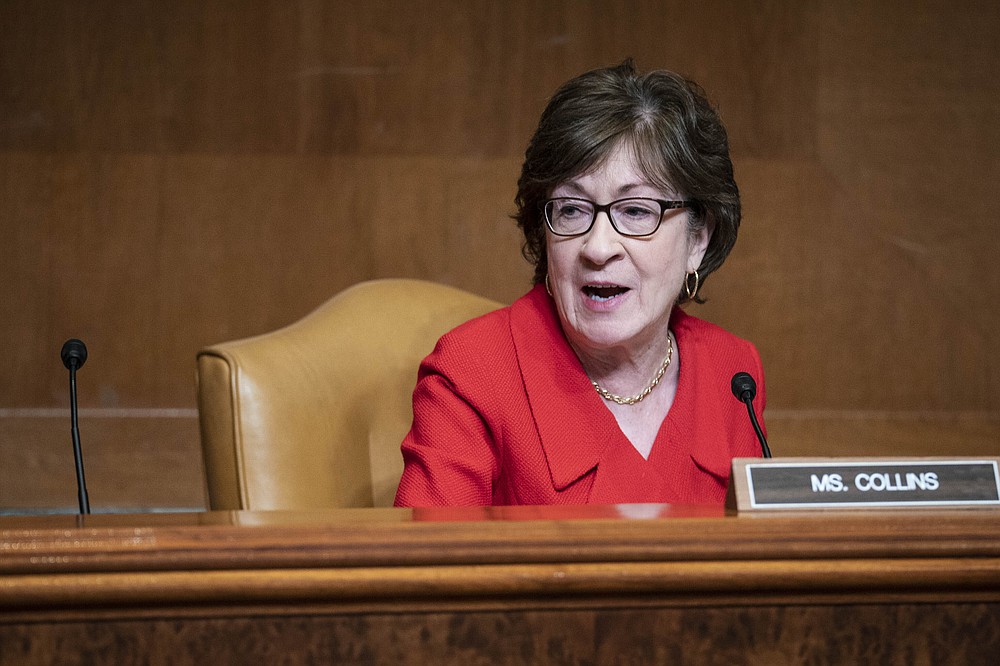 Sen. Susan Collins, R-Maine, speaks during a Senate Appropriations subcommittee on Commerce, Justice, Science, and Related Agencies hearing on the proposed budget for fiscal year 2022 for the Office of the U.S. Trade Representative on Capitol Hill on Wednesday, April 28, 2021, in Washington. (Sarah Silbiger/Pool via AP) 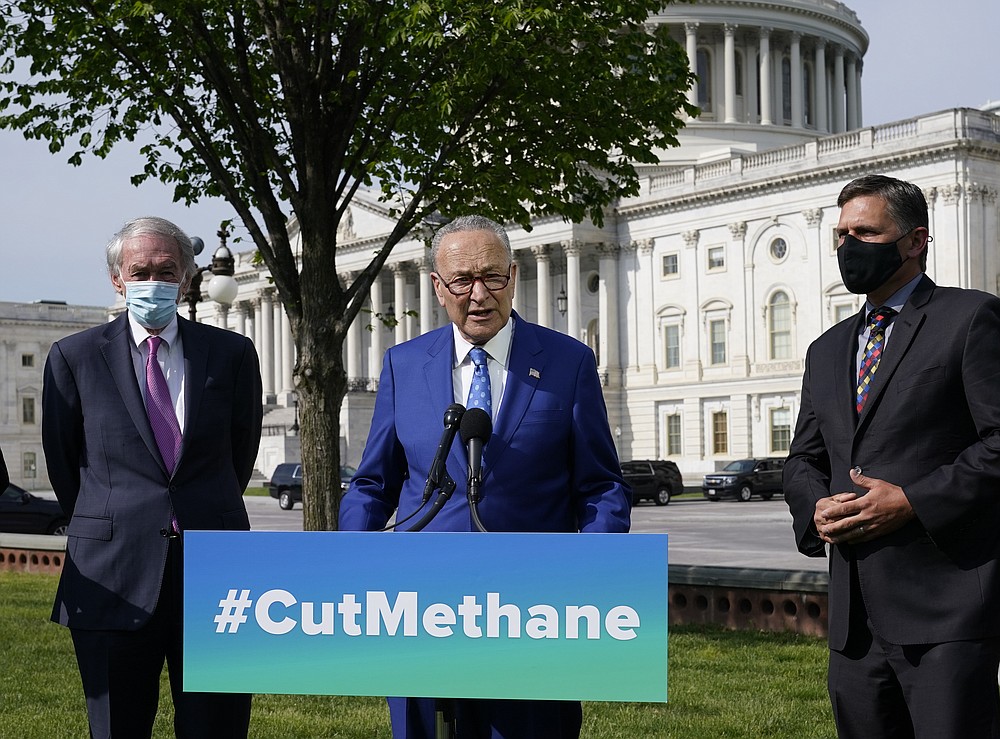